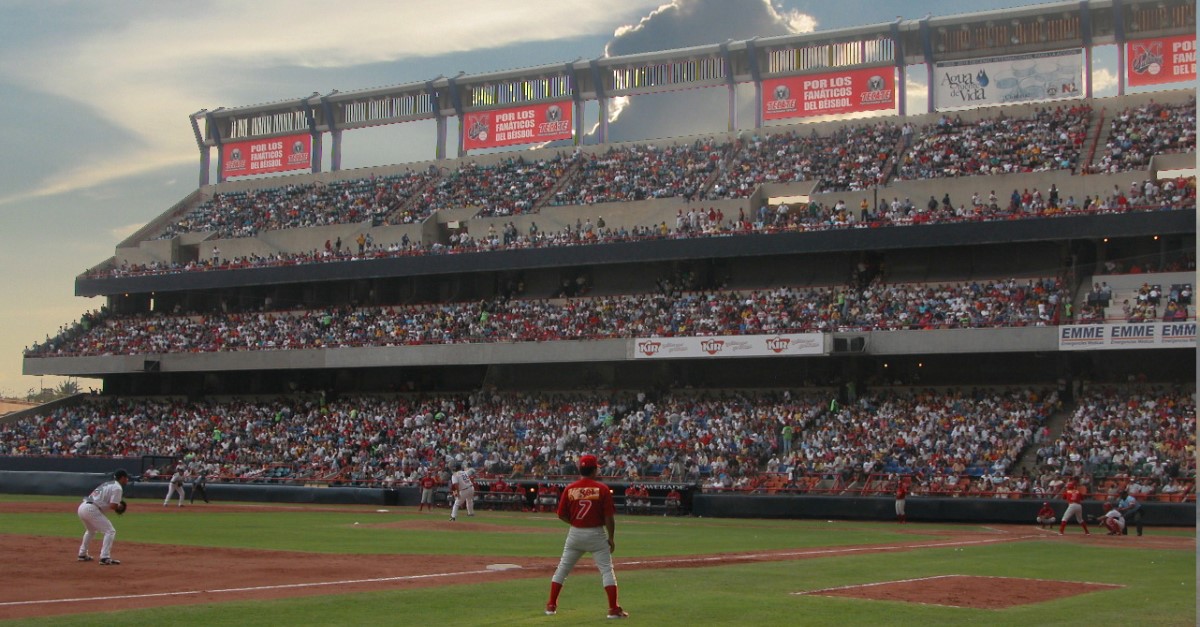 What: The Angels have opted out of their lease at Angel Stadium in Anaheim, Calif., opening up the possibility that the franchise could move after the 2019 season.
Why it matters: Mexico, primarily Monterrey or Mexico City, could be a destination, if MLB wants to expand south; Mexican-American Angels owner Arte Moreno could be the one to open the market to the league and partners.

So what does this mean for the future of the franchise? Could Mexican-American entrepreneur Arte Moreno take his team south to Mexico? Are Mexico City (two hours plus by air from Houston, the closest MLB city) or Monterrey (about 600 miles closer to the U.S. border), which has hosted the MLB Mexico Series, viable options? There may be some logistical hurdles, but Adrian Burgos (@adburgosjr), Editor in Chief of La Vida Baseball (@LaVidaBaseball), historian and expert on Latino baseball, thinks that Moreno’s ownership could be the difference in making it happen.

Who better to market to a Spanish-speaking community of over 21 million in Mexico City than Moreno whose business was advertising?

“Moreno’s business savvy as much as his Mexican-American background will prompt him to thoroughly consider moving the Angels to Mexico City,” said Burgos, who is also a professor of history at the University of Illinois. “Who better to market to a Spanish-speaking community of over 21 million in Mexico City than Moreno whose business was advertising?”

The aforementioned MLB Mexico Series (@MLB_Mexico), held for the third time this past May in Monterrey, featured a three-game set between the Dodgers and Padres. The Mexican League has a long, storied history in the sport, and current standouts like Joakim Soria, Yovani Gallardo and Jorge De La Rosa dot major league rosters.

The opt out from “The Big A,” which the Angels have called home since 1966 (the team played as the “Los Angeles Angels” as an expansion franchise at the “other” Wrigley Field in 1961 then at Dodger Stadium for the next four years) doesn’t preclude the team from remaining in Orange County, or even in Anaheim. The city will be electing a new mayor next month, with stadium subsidy a hot-button issue. Sites in Irvine and elsewhere have been discussed, but can this be baseball’s chance to set up an established franchise south of the border?

“MLB sees opportunity in the huge demographic market in Mexico City, over 21 million people,” added Burgos. “The three MLB Mexico Series, however, have been played in Monterrey, which is a very different market. So, I’m not sure the series working in Monterrey has much bearing on Mexico City. But that is a challenge that Arte Moreno is arguably best suited to address.”

The opt-out is described by Angels officials as a one-time option that needed to be exercised now or in 2028, according to reporting by the L.A. Times’ Bill Shaikin. Will the new mayor (incumbent Tom Tait is not running for reelection) work with Moreno and the team on renovations that would keep the team in its 52-year old home? if not, Burgos thinks Moreno would be the one to make it work in Mexico, with marketing a key element.

“No other team owner in MLB would be as culturally aware and knowledgeable business-wise on how to make a MLB team commercially successful in Mexico City than Moreno,” he noted. “Add to all this the fact the president-elect of Mexico Andrés Manuel López Obrador is a baseball fan surely will give Moreno a big boost.”