Beyond Friendly; La Liga Takes a Bold Next Step for the Business of American Soccer

What: La Liga has entered into a 15-year deal with U.S.-based promoter Relevent Sports to form La Liga North America, to bring the circuit’s matches to the States.
Why it matters: European leagues have held “friendlies” in the U.S. for years, but La Liga North America represents the next step: bringing regular league matches here, with huge fandom and marketing possibilities. 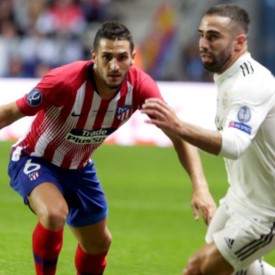 For over a decade, the elite football clubs of the world have made the trek across the pond or up from South America for summer friendlies—training matches for the most part as they prepped for their regular seasons. All have seen the growing market in and around American football, and look for ways to exploit brand and build fan bases not just for those one off matches, but for a growingly savvy American football fan that starts from the grassroots and now, due to the infusion of regular broadcasts on networks like NBC and FOX and ESPN and to some extended beIN (@beINSPORTS) and others, are regularly engaged on a weekly basis, year round watching their favorite clubs.

You cannot walk more than a few blocks in Manhattan these days without seeing a random kit from everyone from Roma (@OfficialASRoma) and Real Madrid (@realmadrid) to Flamengo (@Flamengo). The growth of appreciation for the elite soccer clubs of the world has been quite amazing to watch.

To grow the brand awareness effectively you need to have those global fans not just see an exhibition, the need to experience the real thing. 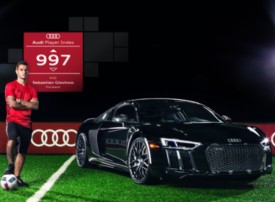 Those clubs have also seen not just the development of the game with knowledgeable fans, but the potential for marketing dollars as well. By some counts, there are as many as 10 global clubs with a commercial office looking to do deals now set up in the United States. Arguably the most successful thus far has been FC Bayern Munich (@FCBayernUS), whose smart digital-first approach led by Rudolf Vidal has established supporter groups in all 50 states, something which mist NFL teams can’t even say they have. They have also done a great job of taking advantage of partner sponsorships like Audi (@Audi) and Adidas (@adidasUS) to grow brand marketing opportunities in the States, especially in and around summer tours like the one they just completed. They have done all of that without having a mature American marketable star just yet, but they have made their brand, and their elite players, very recognizable in the States.

Other clubs like City Football Club (Tom Glick, Chief Commercial & Operating Officer – Manchester City will be one of the star speakers at Portada New York on Sept. 25),
Chelsea (@ChelseaFC) (with their brand building events last fall), Roma (with their American ownership group and recent Serie A success), and Liverpool continue to also scale up in the marketplace, even when the clubs are a continent away.

The recently completed International Champions Cup (@IntChampionsCup), the most ambitious ever in markets big and medium-sized, again showed that the power of the names of elite soccer clubs to draw in the U.S. and Canada was not waning. However to make the jump from just casual events, which often lacked star power and as the matches went on, became more and more like glorified practices as clubs sought to diminish the risk of injury and fatigue to key players just preparing for a season to come, the increasingly interested American fan, as well as loyal expats living and working in the States, there needs to be a next step.

It is a step which American leagues like the NBA, the NFL, the NHL and MLB, realized several years ago. To grow the brand awareness effectively you need to have those global fans not just see an exhibition, the need to experience the real thing; regular season events with all on the line, not just marketing trips where the effort, and the stars may be waning. The regular season matchups don’t just add value to fans, they show true commitment that the league or the brand of a team, is invested in giving fans the best.

Recently we have seen some efforts in sports like rugby (the Aviva Premiership brought a match between London Irish and Saracens to the States), and even football (when the French Cup was played at Red Bull Arena five years ago), but no real consistent proposal has been out forth to bring the real thing to America and its growing marketplace. Whispers of Champions League (@ChampionsLeague) finals to be played in America? Yes. Dreams of the Premier League expanding and adding two clubs in the U.S.? Dreams indeed, which have been quickly dismissed time and again. The friendlies, it seems were enough.

Until this week, when La Liga took a next bold step. 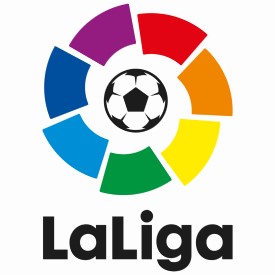 On Wednesday, Spain’s top-flight soccer competition, and Relevent, announced a first-of-a-kind 15-year, equal joint venture which will include plans to bring a regular season club match to the United States, the first to be played outside of Europe.

Called La Liga North America, the newly founded organization will work to cultivate soccer culture in the U.S. and Canada. LaLiga North America will support the league’s growth in the U.S. and Canada through consumer-related activities including youth academies, development of youth soccer coaches, marketing agreements, consumer activations, exhibition matches and plans to have an official La Liga Santander match played in the U.S. While there is no timetable yet, and one would not expect El Clasico to suddenly end up in Philadelphia or even Miami (where the offseason matchup between Real Madrid and FC Barcelona was staged last summer) you will get to see some of the elite clubs of La Liga who are willing to give up a home match and grow their brands in America in the fall or winter or spring, not summer before too long.

“This extraordinary joint venture is the next giant leap in growing soccer’s popularity in North America,” said Stephen Ross, chairman and co-founder of RSE Ventures, parent company of Relevent in a release. “This unique relationship will create new opportunities for millions of North American soccer fans to experience the most passionate, exciting, and highest level of soccer in the world.”

La Liga President Javier Tebas added: “We’re devoted to growing the passion for soccer around the world. This ground-breaking agreement is certain to give a major impulse to the popularity of the beautiful game in the U.S. and Canada. Relevent has filled stadiums across the U.S. with the International Champions Cup, we’re thrilled to partner with them on a joint mission to grow soccer in North America.” 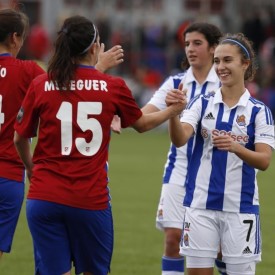 The move by La Liga makes good business sense for a number of reasons. They are looking to a market that is growing where Spanish is already the dominant second language, where they already have brands involved in sports well engaged, and where the Anglo soccer fan has enjoyed the growth of elite football. They also can use this to potentially exploit a new bigger broadcast agreement as well as continue to grow their streaming opportunities in a market that is very digital savvy, and has young engaged fans who think mobile first. It also will give La Liga “first in” with some brands who may be looking to grow their soccer footprint abroad, but were not sure exactly how. Bringing exhibitions to the U.S. was a nice first step, bringing regular-season matches gives brands a real platform to embrace consistently every year, which is very appealing. There is also the aspect of women’s soccer, which has been growing on the La Liga radar. With women becoming more and more engaged in the game, and La Liga expanding its professional women’s league, the opportunity to exploit the female playing, as well as consuming, demo can also be part of the plan.

Now what does this mean for North America’s standing soccer leagues, Liga MX (@LIGABancomerMX), which draws more viewers than anyone, and Major League Soccer (@MLS)? It certainly is not a surprise, and should help to again bolster the interests and the buzz around soccer as a brand in the United States. The match will also probably be in the MLS offseason, which also helps to keep “brand soccer” vibrant in America, and that can lead to more fan exposure and can uncover new brands looking to engage in the sport.

Where and what all this will mean will unfold in the current months, and will probably lead to a new level of year-round experiential soccer in the U.S. and Canada for leagues looking to grow brand and disrupt the current model. The who—namely which clubs—and the when—will be key for a next step for La Liga. There are already stories of players balking at the announcement which will probably be part of a negotiation to move this forward. Regardless being first is always better than not.

If you are involved in the soccer business, this move is a good one, if you are looking to get in, a new opportunity has arisen. 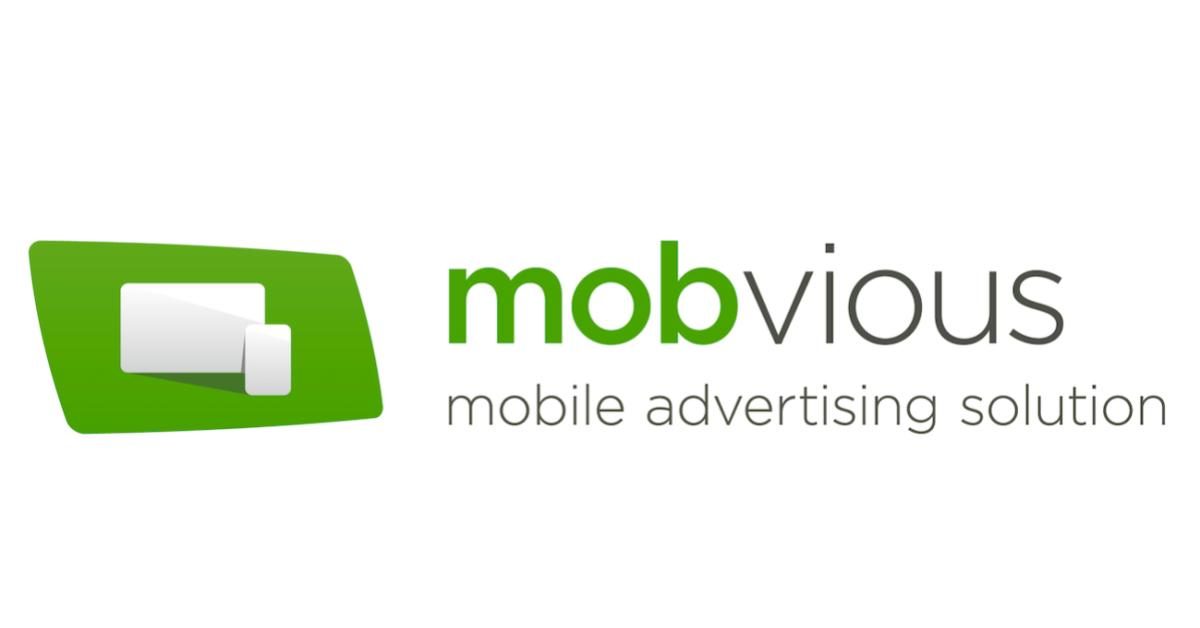