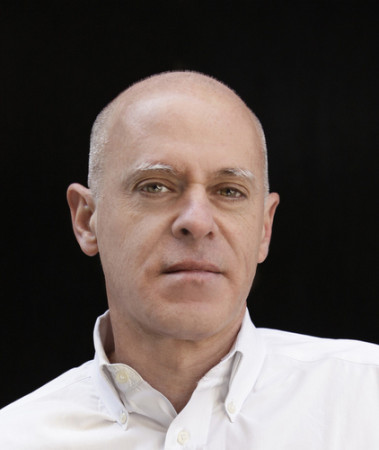 Scott Rasmussen is a technical editor and translator working among English, Spanish and Dutch. He has had a parallel career as a legal administrator, helping to manage some of the largest cases in U.S. history. A graduate of the University of California, Rasmussen has had extensive post-graduate training at institutions throughout the Spanish-speaking world.

American ad shops have never produced more copy in Spanish, and too much of it is impaired.

But there is a bright spot: I seldom see México misspelled anymore.

Experience has taught me that many of the people writing and editing the copy lack skills, nous, or both. I’ve met bilingual writers in the Hispanic sector who haven’t cracked Spanish syntax, or fully learned the accentuation rules. Unsurprisingly, some of those same writers have scarcely heard of the Diccionario panhispánico de dudas, Fundéu BBVA, or Manuel Seco. That said, most of their mistakes might be avoided just by consulting the Diccionario educativo juvenil, or a school primer.

Good enough for whom?

Defective Spanish copy undermines the message. It induces doubt in the mind of the audience because the entity associated with the ad is seen as sloppy and lazy. If the entity spells badly or mistranslates basic technical terms, can it be trusted to manage an investment portfolio, or implement a national insurance scheme?

Defective Spanish copy also establishes a double standard. Countless businesspeople from Latin America and Spain, and first-generation Latinos of varied background, have told me this.

They don’t feel flattered that someone is trying to address them in their mother tongue. They feel relegated to the second tier, sensing that the types of mistakes they see would never be tolerated in advertising directed to English-speakers.

I wonder whether the Instituto Cervantes or the Academia Norteamericana de la Lengua Española might be enlisted to apply their expertise across the entire Hispanic advertising sector. Such an active involvement would raise standards, and help disrupt the feedback loop embracing the agencies and the U.S. Spanish-language press, a medium not known for quality writing. There is precedent in other sectors for such collaboration. Think of the insurance industry’s creation of Underwriters Laboratories, or the close cooperation among the auto majors in developing core technologies.

With or without Cervantes and ANLE, the Hispanic sector’s constituents need to try harder. Clients can help by rejecting implausible explanations for failure. I’ve seen agencies try to cover their blunders in Spanish citing “an unfortunate succession of unlikely events that won’t be repeated.” Yet the blunders often recur.

Consequently, when a client shows me an ad with objective mistakes, my advice is invariant: Fire the agency that generated it. If someone in-house claiming proficiency in Spanish approved the agency’s final, then that person’s approval authority should be withdrawn.

Agencies, clients and swathes of the public have become habituated to low standards, and bad habits are hard to break. As I’ve said to my client-side contacts for years: I can point out the flaws and tell you how to fix them. But I can’t make you care!

Do you have examples of defective Spanish copy, whether created by a U.S. agency or not? PLEASE INCLUDE THEM IN THE COMMENT BELOW! (You may also send them to Mr. Rasmussen at otrobanda@dutchmail.com.)

Related Article:
The new AP Stylebook: Yest to Americanisms, no to Spanglish

Sounding Off: Abel Delgado – “The Top Marketing Trends that Will Dominate 2014 in Latin America”