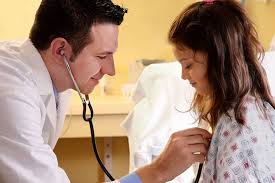 Sounding Off: J. Kaplan and A. Figueroa “Understanding the Changing Face of America: A Matter of Health” 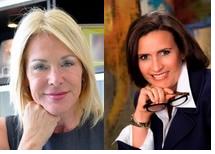 Jill D. Kaplan is the CEO of Hudson Holland Global & Arminda “Mindy” Figueroa is the founder and president of  Latin2Latin Marketing + Communications.

The health of our nation rests in great part in the health of the Latino population. They currently represent 53M (16.9%) of the U.S. Population and they are projected to be 100M (33.3%) by 2050. They spend 1.3 T on goods and services annually, and their purchasing power is projected to reach $1.5T by 2015 as reported by 2010 US Census. The immediate ability of corporations and organizations to engage and serve the Hispanic consumer in a culturally relevant manner will be crucial to their bottom line. An anticipated 5.4 million Latinos will enter the health care insurance pool under the Affordable Care Act as projected by the Department of Health and Human Services.

For the health sector, this population represents a previously untapped opportunity to launch public service programs aimed at preventive health and wellness along with programs that correct cultural misconceptions that previously negatively impacted the bottom line and has contributed to health disparities.

At present, many health providers have begun implementing specific actions allowing them to be Latin Ready meaning, linguistically and culturally ready to serve their patient populations. Many more institutions need to understand the importance of the Latino patient and close existing gaps between what they require and what services they are being offered. The story of health care and the Latino epitomizes the disparity in medical care between majority and minority populations in the United States. As is true of many other ethnicities, the Latino community has to deal with cultural and linguistic barriers in their attempts to obtain quality healthcare and frequently to do so with limited resources, education and information that is neither culturally relevant nor in-language.

Embracing a multicultural approach by health care providers demonstrates a commitment to social responsibility by ensuring a healthy future for a rapidly growing segment of the population while maximizing an unprecedented opportunity to increase revenue and minimize risk.

According to Pew Research Hispanic Center, 45% of Latinos are insured. Among – Latinos who have received health care in the past year, 78% said the care was good or excellent. Still, almost one in four Latinos who received health care in the past five years reported receiving poor quality medical treatment. Reasons given for poor treatment by Latino patients’ included financial limitations (30%), race or ethnicity (29%), or the way the patient speaks English or their accent (23%). For the medical community, understanding Latinos is the first step in their journey to becoming Latin Ready. When compared to the population at large, Latinos have a higher incidence of certain diseases; cardiovascular, cancer and diabetes, largely correlated to lifestyle habits and genetic make-up. From a cultural perspective there are some beliefs and habits that need to be taken into consideration when treating Latinos in a health care environment.

It is only by intrinsically understanding the Latino culture that an organization can evaluate their aptitude in relation to serving the Latino community. Hospitals in this country not only have to prepare for the change of accepting patients under The Affordable Care Act, but also anticipating an overwhelming amount of Hispanic American patients entering the system. It all leads to the question: Are today’s health care systems Latin Ready?

After implementing the assessment on a local hospital in Fort Lauderdale, Fla. Results showed that the hospital was “Almost Latin Ready”, as they were exploring some opportunities in operations, human resources, public relations, advertising, and/ or community relations in an attempt to market and connect to the local Hispanic population. Located in a high density Hispanic DMA the hospital leadership sensed a need to market specific programs propelled by social media aimed specifically at Latinos but realized they were not prepared internally or financially to do so effectively. The results confirmed that culturally specific outreach programs should be integrated into the plan and budget as part of the overall annual business strategy and not added as an afterthought.

Over a period of 6 years, a leading medical institution in the Northeast and L2L worked in tandem to develop a Latin Ready ™ road map plan that would allow them to effectively engage with the Latino patient population. The plan started with baby steps including the marketing of a clinical program, developed by a well-known affiliate Hispanic cardiologist that was designed for diabetes patients. The initiative provided an in-culture, in-language; step-by-step maintenance program that would educate and help Latino patients take control of their diabetes, a disease that disproportionately affects Latinos. The diabetes program morphed into a multi-faceted, multi-year outreach initiative, including media, public relations, grassroots outreach, social media and included the creation of its first ever health and wellness TV series that would educate, engage and empower the Latino patient population and their caregivers. The results brought the following to the hospital:

These are but two examples that corroborate the fact that health care institutions and providers need to understand their patient populations, internally assess and be prepared to better serve that population and take smart steps that will ensure culturally competent care that will close existing health disparities. A company needs to ask itself what is it doing or what can it be doing to win the Latino consumer for the long haul. It is the Authors’ professional opinions that the Hispanic population is under reported and higher numbers of this population will surface as the Affordable Care Act launches. We also believe that their level of confusion as to what it means to them and how they can be covered will be higher than other ethnic groups.

Arminda “Mindy” Figueroa is a recognized leader in the traditional, multicultural, direct and digital marketing fields. She is the founder and president of  Latin2Latin Marketing + Communications, LLC. Figueroa will be moderating a panel on “Is Corporate America Latin ready?” in Portada’s upcoming Annual Conference in New York City on Sept. 26.