Research: How effective was Macy’s, JC Penney’s, Walmart’s and Target’s Hispanic TV spend over the Holidays? 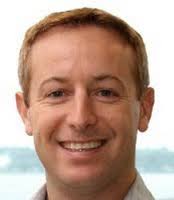 Sean Muller, CEO of  TV advertising analytics provider iSpotTV writes the below exclusive column on how major retailers targeted the Hispanic population over TV during the Holiday period and the impact it had on social media activity related to the airings.  As the Hispanic market continues to grow, big brands have been catching on. And, this season’s holiday and Black Friday advertising for retail stores showed no exceptions. At least, not for JCPenney and Walmart.

Since the 2014 World Cup, JCPenney has switched gears and began tailoring its advertising toward the Hispanic market. Fast forward five months to November, JCPenney still leads with the highest percentage of total ads aimed toward this demographic among Walmart, Target and Macy’s.

In comparison to Walmart, Target and Macy’s, JCPenney had among the fewest amount of creatives, but had the highest concentration of commercials in Spanish — and spent less money in the process.

iSpot has a tool called Ad Effectiveness Rating, a score that measure how well a commercial did in comparison to other commercials in the same category. The score comes from dividing the volume of digital activity that resulted from the commercial (the earned digital impact across social, search and online video of the TV ad,
by the estimated TV spend as compared to all other campaigns on national TV.

Walmart’s most effective ad is officially titled “Con Tantos Ahorros de Walmart ¡Saldrás Corriendo por Ellos!” The commercial is about a couple spending time together on a sofa while watching TV. When a commercial for Walmart’s rollbacks, the husband looks toward his wife and realizes she has suddenly vanished. The commercial had an effectiveness rating of 7.9.

These efforts are not new to JCPenney. The retailer has been continuing to increase its marketing efforts toward Latinas. JCPenney concentrated on the Hispanic market during the World Cup.Fifty-seven percent of JCPenney’s 14 national commercials were in Spanish – airing more Spanish-language commercials than Walmart, Target and Macy’s.“Hispanics make up nine percent of JCPenney’s customer base and account for a double-digit percentage of store sales, in addition to a single-digit percentage of online sales,” according to an article on Ad Age. “The segment is expected to be the single-biggest source of growth for the retailer in 2014.”Despite that JCPenney has spent less money on national TV airings and has instead focused onproducing new commercials, the message is clear that it continues to reach out creatively to a new, continuously growing market. Hopefully its shift in this multicultural marketing approach will maximize business.

Who and what is Eikon Digital? 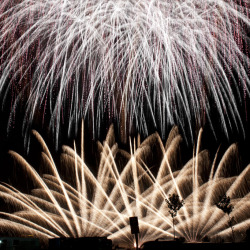