Check out  Portada’s Interactive Directory of Corporate Marketers and Agency Executives. 10 NEW LEADS HAVE JUST BEEN UPLOADED. To acquire the database, please call Kelley Eberhardt at 1-212-685-4441 or e-mail her at kelley@www.portada-online.com SEE A DEMO OF THE DIRECTORY!

The Celebrate Family Unity is Kimberly-Clark’s New Hispanic campaign which will also appeal to the general market, although its prime target is the bicultural Latina mom. The program links five of K-C’s consumer brands under one banner, including Huggies, Pull-Ups, Kleenex, Scott and U by Kotex. The campaign will use a “infancy to maturity approach” (as  one in four Hispanic families has at least three generations in the same household) and be rolled on mobile, social and radio. It  will also include a Web app. Cuban-American musician Christina Milian will be the celebrity face of the campaign. Agencies involved in the project include LatinWorks, Austin, which handled the digital and radio advertising; Mass Hispanic, Miami, and Geometry Global, Chicago, on shopper marketing; Ketchum, Chicago, on PR, and Mindshare, New York, on media planning and buying. To foster consumers engagement with the FUN Song web app, Lizette Williams, Multicultural Brand Marketer at Kimberley Clark, tells Portada that the CPG company is buying display digital advertising geotargeted to key areas in California. She also cites Radio advertising as a key offline component. KCC developed a radio spot running both in English and Spanish. Print advertising (magazines, newspapers) is not part of the mix but, in-store marketing plays a substantial role with pre-shop and instore components as elements of the program which is done in coooperation with retailers Wal-Mart, Target, Walgreens, Food4Less and Safeway. Read the complete interview with KCC’s Lizette Williams.

Auto retailer Russ Darrow has launched a Hispanic Market Division to satisfy the needs of the Wisconsin Hispanic community.Mario Gayoso Noguerol was hired as the Hispanic Market manager of this Division. The company has 600 employees, a nationwide fleet and an in-house financing company. as well as dealerships in Milwaukee, Appleton, Green Bay, Madison, Fond du Lac, Waukesha, Wawatosa, West Bend and Greenfield.

David was named Burger King´s global agency. The company will continue to use its agencies in the U.S.(Pitch, Code & Theory and media agency Horizon) and its overseas agencies to handle local work.This means a major step for agency David, an affiliate of Ogilvy & Mather created in 2011 and is named after  founder David Ogilvy,as Burger King spends about US $325 million on media globally,as said by Ad Age .

CHECK OUT Portada’s Interactive Directory of Corporate Marketers and Agency Executives. To acquire the database, please call Kelley Eberhardt at 1-212-685-4441 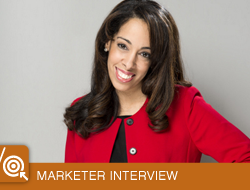 Kimberly Clark’s Lizette Wiliams: “We are continuing to push the boundaries in Multicultural and Digital.”