Before customers even step foot in a dealership, Toyota has partnered with Conill and 8th Wall to develop an interactive augmented reality (AR) mobile ad unit for the launch of the greater than ever 2020 Toyota Corolla sedan. The immersive web-based experience allows potential customers the ability to bring the car into their own environment, where they can explore the car’s features from the convenience of a mobile device.The Toyota Corolla Sedan web-based AR experience initially appears as a mobile banner ad. Once clicked, the user’s camera is accessed to enable the AR experience, and a Toyota Corolla sedan appears in the user’s environment. The Spanish-language mobile ad unit includes interactive hotspots that highlight three key features of the vehicle: its moonroof, LED headlights and 18-inch alloy wheels. The user is prompted to explore these features up close and can even go inside the car to view its interior in 360 degrees.This Corolla Sedan interactive AR unit is a first for the brand, as it uses 8th Wall technology, meaning the 3D model is interactive, providing users the ability to tap and turn the headlights on, open the moonroof and tap to see the 18-inch wheels turning.The ad unit will be served to customers in the United States with Android devices, with plans to include iOS customers later this year.

Palace Resorts – the company that sets the standard in five-star, luxury all-inclusive resort accommodations- announced the restructuring of its in-house marketing teams. Palace Resorts, which has previously managed its marketing and public relations efforts alongside some of the best marketing & advertising agencies, has decided to bring its efforts completely in-house, by building a global marketing team.Palace Resort’s various brands market to a variety of segments in the travel space on a global level including direct consumer, travel industry professionals and those selling meetings and incentives. These marketing efforts are done not only in key markets such as the United States & Canada, but also to other international key vital markets that include Mexico, Latin America, the UK, and Japan among others. To maintain synergies across all world markets, it was important to build a stellar team that could accomplish the task of maintaining brand voice regardless of location or market segmentation. This approach allows the brand to have better control of its brand identity on a worldwide scale.The in-house global marketing & public relations structure is comprised of a team of over thirty talented professionals that include, creative, strategy, digital and content marketing, as well as a team of communication pros. Gerardo Garcia, Vice President Sales & Marketing at USA PALACE RESORTS is a member of Portada´s Travel Marketing Board.

Univision Deportes announced the official roster of sponsors for its coverage of the 2019 Concacaf Gold Cup (“Copa Oro 2019”). More than 20 brands from across categories have signed on to be part of Univision Deportes’ (UD) exclusive Spanish-language coverage of the only international competition this summer featuring the U.S. and Mexican men’s national teams. UD will telecast all 31 matches live in primetime across three networks: Univision, UniMás and Univision Deportes Network (UDN). Additionally, matches will be available on the Univision Deportes app and on UnivisionDeportes.com, with comprehensive coverage provided across the company’s linear and digital portfolio from June 15 through July 7, 2019. Sprint returns to Gold Cup with a 360-sponsorship across linear and digital. The 2019 Gold Cup also welcomes several first-time supporters of the event including Valvoline, Uber Eats, Jeep brand and AT&T. AT&T, Modelo Especial, Victoria Beer, Corona, Mazda, State Farm, Toyota, Bud Light, Walmart and Wells Fargo will activate around the tournament as part of Univision’s partnership with Twitter. Virtual advertising technology will again be seamlessly integrated into this year’s tournament. The innovative virtual executions will be created for Jeep brand, Modelo Especial and Verizon.On Facebook and YouTube, Univision Deportes will launch its local legends branded content series “Tierra de Gigantes” (Land of Giants) Sponsored by Nissan. See Portada´s exclusive interview with Tim Ferrell, Valvoline VP. 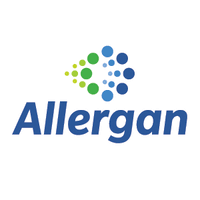 Global pharmaceutical company Allergan has named Spark Foundry its U.S. media AOR following a review. Spark Foundry will handle  media strategy and planning, content and analytics for the U.S. Longtime incumbent MediaCom did not defend, according to sources. Allergan spent over US$378 million on measured media in the U.S. in 2018 and a little over US$72 million in the first quarter this year, according to Kantar Media.

Hornitos® Tequila, a premium tequila brand with a history of challenging the status quo, announced a collaboration with multi-platinum award-winning singer and songwriter Prince Royce to inspire fans to take a shot at moving their music career forward. In collaboration with sweepstakes-for-good platform Prizeo, aspiring musicians age 21 and older have the once-in-a-lifetime chance to win one of three mentoring experiences with Prince Royce, including an in-studio session with the singer in Miami. What is required to enter? The bold willingness to take a chance and a small donation to the League of United Latin American Citizens (LULAC), a cause close to Hornitos and Prince Royce alike.To enter, fans must visit www.prizeo.com/hornitostequila now through July 12, 2019 and donate US$10 or more to LULAC, the largest and oldest Hispanic organization in the United States. Donations will support America’s Hispanic population and LULAC’s efforts to empower aspiring Hispanic Americans. Entrants will have the chance to win one of three experiences with Prince Royce. This opportunity comes as part of Hornitos Tequila’s “A Shot Worth Taking” campaign, which seeks to inspire and encourage fans to get out of their comfort zone and take their shot in life.Nearly 70 years later, Hornitos® continues to push the boundaries of tequila making with innovations such as the barrel aged Hornitos® Black Barrel® Tequila and Hornitos® Cristalino.