Team Ignition Pancultural Marketing LLC, a multicultural advertising agency founded in 2008, has announced that it is undertaking a major rebranding effort and has changed its name to fluent360™.Danielle Austen, Managing Partner and CEO, says the new name captures the agency’s identity as expert communicators of multicultural insights, behaviors and influence. fluent360 aims to connect brands with multicultural consumers by way of smart, culturally informed messaging that will drive popular trends and, ultimately, brand growth.While headquartered in Nashville, fluent360 will also operate out of offices in Chicago. As a full-service agency, fluent360 caters to brands targeting the US Hispanic, African-American, Asian-American and LGBT consumer segments, with a 360-degree range of services in planning, creative, account, media, experiential and production. The shop is currently the agency-of-record for all multicultural advertising duties for Nissan and Infiniti in the US.In addition to the name change, and a visual rebranding that includes a new website and logo, fluent360 has brought on new talent to lead in areas of creative, media and account planning. Dilam Mattia, formerly of Globalhue, will lead the creative team as Executive Creative Director. Jennifer Leonard, a seasoned multicultural media-executive formerly of iNspire and Dieste, will lead media. Djuana Stoakley has been named Director of Strategic Planning, Research and Insights.

Keurig Green Mountain has named Mediavest, part of Starcom Mediavest Group (SMG), as its new Media Agency of Record following a formal review. Mediavest will be responsible for all U.S. media strategy and planning. Incumbent Havas Worldwide will continue to serve as creative AOR, which the agency has handled since December 2013. Keurig Green Mountain spent US$137.2 million on advertising in fiscal 2014, down from US$193.2 million and 147.7 million in fiscal 2013 and 2012, respectively, according to company financial filings. Media spending is in the US$50 million to US$60 million range according to Kantar. 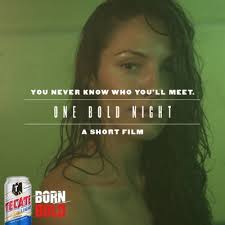 Tecate Light has released its latest chapter of its “Born Bold” campaign in the form of the short film, “One Bold Night.”  Delivered in four easy-to-watch 60-second episodes, the new films depict the iconic Tecate Light Black Eagle experiencing an epic night from gritty, basement boxing match to penthouse party, all shot from the point-of-view (POV) of a friend’s mobile phone.Tecate Light fans are invited to continue where the film left off by submitting photos of their boldest night out with friends. The best photos submitted through the brand’s Facebook and Twitter channels using #OneBoldNight will be transformed into branded social media posts, with consumers competing for the most “likes” and “shares.”  The winner will receive a bold party from Tecate Light for them and friends, which will be filmed, edited and released as the epic conclusion to the “One Bold Night” film.The effort was directed by Todd Bellanca and created with Saatchi & Saatchi NY.  The new film complements the brand’s on-going social engagement strategy to create culturally relevant content, delivered in bold new ways that resonate with their bi-cultural Hispanic audience. The effort is being pushed through the use of YouTube’s new Playlist Card platform for the debut – making Tecate Light the first Hispanic and alcohol beverage brand to use this innovative technology introduced earlier this year as an evolution to YouTube’s existing “annotations” feature.

Fragrance manufacturer Coty has selected ZenithOptimedia for global print and TV media support, according to an agency statement.The Publicis Groupe shop will retain its business in Germany and Austria, and expand its 10-year relationship by adding another 13 markets around the world. The global contract covers North America, Western Europe and Central and Eastern Europe. 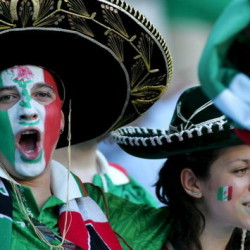