Old Navy Chief Marketing Officer is trying to move efforts away from TV and focus on digital videos and social media, particularly to reach younger millennials.The clothing retailer has released an online music video for an original song called “Unlimited,” which portrays the anxieties of the first day of school. The online video aims to work up Old Navy’s success with a recent series of TV spots starring Amy Poehler. For the video, Old Navy selected online distribution platform AwesomenessTV. The video features artists on the platform producing original content around it. CAA Marketing also worked on the anthem, available on iTunes. “back-to-school” campaign includes in-store, digital and social. TV ads featuring Ms. Poehler were handled by Chandelier Creative. Here is  “Unlimited” video:

Procter & Gamble Co. is planning to merge or discontinue more than half its brands (between 90-100) and focus on its top 70-80 brands. Although it may seem as a drastic attempt, it is actually a major strategy shift to speed up the packaged goods giant’s growth. Those top brands have accounted for 90% of company US $83 billion annual sales and 95% of profits over the past three years. The others combined have brought in less than US $100 million in sales annually. This will most probably result in some cutbacks in advertising as well, either consolidating or eliminating some of the agencies that handle those brands. P&G didn’t mention the brands it will shut down.

South Hill Designs, a “party-plan” direct sales jewelry company, will target the Hispanic market with a comprehensive Spanish-language marketing initiative. The company will provide a Spanish-language web sites, sales literature and training for its distributors. A newly appointed regional sales director, Sandra Fuentes-Clark, will head this part of the operation. South Hill Designs anticipates there will be at least 10,000 Artists selling products coast to coast by the end of the year.The company uses advanced software to manage its supply chain and pays Artists weekly (rather than the usual cycle of four to six weeks).

JOHNSON’S® Baby has launched a new campaign called Your Promise is Our Promise, to target millennial moms through Facebook, YouTube and in print. Just as moms make promises to their children, JOHNSON’S® Baby has promised to remove controversial ingredients from its products and illustrated through more than 40 online videos . Light of Day Productions developed the campaign, J3 is doing the media planning and buying and Crowd Tap is handling the social elements.A Spanish version of the video will be available next week.This marks the beginning of what will continue to be more digital content coming from the brand.Here is “Our Promise” video :

Kimberly-Clark’s has rolled out a new campaign aimed at consumers under 50 , to reduce the stigma of the incontinence products by showing that incontinence is common and affects younger people more than many people realize. The campaign was developed by Ogilvy & Mather.It includes commercials, print ads, billboards and a special website. Kimberly-Clark’s mission is to “restore dignity” in people with incontinence.

Budweiser’s 2014 launches the new global campaign “Made For Music” featuring Jay Z and Rihanna as well as a six-part series chronicling the brand’s search for undiscovered talent. The campaign ,which will run in more than 85 countries, includes OOH, print, packaging and content available on budweisermusic.com.The series, produced by Noisey, VICE’s music channel, Budweiser and Alex Da Kid, will follow Jamie N Commons, a British folk musician and Brooklyn-based four-piece band, X Ambassadors, as they hit the streets and subways of London, Rio de Janeiro, New York and Philadelphia to find unsung geniuses of global music. The series trailer is available now at www.budweisermusic.com. Further episodes will be available in the coming weeks: London on Aug. 4, New York on Aug. 12, Philadelphia on Aug. 19 and Rio on Aug. 26.

Beginning in September, Guiness will  market under the Guinness megabrand, a series of different beers brewed in the U.S. The first new brew will be called Guinness Blonde American Lager and will be promoted via a national TV campaign. It has already been teased in a Playboy print ad. 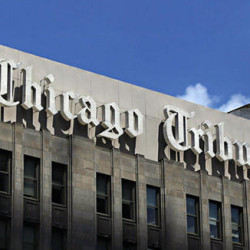