Negra Modelo, a Munich-Dunkel style lager from Mexico, is giving culinary fans nationwide a chance to win a food-filled weekend in Chicago inspired* by celebrity chef Chef Rick Bayless.The winner will get to bring three friends on a three-day culinary tour of Chicago in 2015 as part of a Negra Modelo promotion administered solely by the brand. Fans 21 and older can enter by visiting NegraModeloUSA.com starting Oct. 1 through Oct. 31 and follow the brand @NegraModeloUSA on Twitter, Instagram and Facebook. As part of his partnership with the brand, Bayless has created exclusive recipes that pair perfectly with Negra Modelo and are featured on the brand’s new website.The new digital presence encourages people to describe #theperfectcomplement to their beer on social media and share their own food/beer pairing ideas.

Office products brand Office Depot has selected Interpublic’s McCann and sibling media shop UM for North American creative and media chores, respectively, after a review. The company, which merged with OfficeMax last year, spent more than US $100 million on ads in the U.S. in 2013, per Kantar. Incumbents included Omnicom agency Zimmerman, which handled creative and media chores for Office Depot.When the review kicked off, OfficeMax did not have a lead agency.

After a global marketing services review, Samsung has let incumbent agencies such as Publicis Groupe’s Leo Burnett and Starcom MediaVest Group’s Starcom to retain their portions of the business. Leo Burnett bested shops such as Grey to retain its role as global agency network and Starcom remains the global shop for media planning and buying, according to sources. The other finalists for the media business were WPP Group’s MEC and Interpublic Group’s BPN, said sources.In addition, another Publicis Groupe agency, Rosetta, will join Samsung’s roster and take on a chunk of the global digital business, along with others, including Sid Lee and Interpublic’s R/GA, which already works on the brand.Samsung spends an estimated US $2 billion on media annually. The global review had no effect on agencies that work regionally for Samsung.

Heineken USA is putting Strongbow hard cider on TV with a national TV campaign, by Droga5, called “Cider at its Bestest.” The campaign will be supported by “significant” spending.The message the brand is selling is that its cider is perfect as “higher energy occasions,” such as drinking by sunset as the night is getting started.The “Slow Motion Horse” spot begins airing Wednesday, followed by an extended version that will run online. Another ad, called “Three Sunsets,” will run later in fall.Total cider sales grew 84% to US $327 million in the 52 weeks ending Sept. 7, according to IRI, which excludes bar sales.
https://www.youtube.com/watch?v=25iiTJ-BjTg

The J.G. Wentworth Company has named WPP’s VML its Digital Agency of Record and Horizon Media its Media AOR. The new agency assignments are effective immediately.Kansas City-based VML will concentrate on technology innovation, experience design, data infrastructure, modeling, analytics, and reporting. Horizon will focus on media planning, activation, and analytics across channels. J.G. Wentworth reports advertising expense increased in the 4Q 2013 to US $18.6 million from US $17.1 million in the fourth quarter of 2012. For the year, advertising expense was down to US $70.3 million from US $73.3 million in 2012, due to the timing of some of its advertising initiatives.

PepsiCo is launching its own stevia-sweetened cola called Pepsi True that will initially launch on Amazon later this month before hitting stores.The product will contain a mix of real sugar and stevia-leaf extract, giving it 30% less sugar than regular Pepsi. It will be sold in 24-packs of 7.5-ounce cans that will contain 60 calories each, according to a PepsiCo spokeswoman.The launch follows the U.S. launch of Coca-Cola Life, which is sweetened with cane sugar and stevia and began hitting stores in late August. 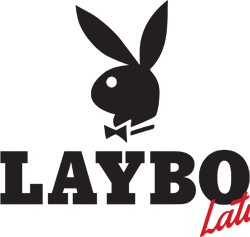