Check out  Portada’s Interactive Directory of Corporate Marketers and Agency Executives. 12  NEW LEADS HAVE JUST BEEN UPLOADED. To acquire the database, please call Matt Eberhardt at 347-961-9516 or e-mail him at matte@www.www.portada-online.com SEE A DEMO OF THE DIRECTORY! 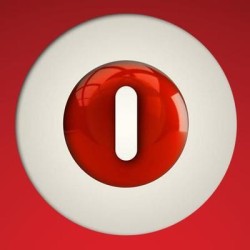 BARÚ, an independent, cross-cultural marketing and media agency has announced that MundoFox has named BARÚ, as its media agency of record. The agency has been awarded all media planning, buying and activation for paid consumer media.  BARÚ will work with MundoFox on planning and executing media buying efforts for the 2015 calendar year.BARÚ has been tasked with developing cross-channel consumer media campaigns that drive awareness, increase consideration and intent to watch and continue to position MundoFox as a leader in the Spanish-language television marketplace. Havas Media until recently was the media buying and planning agency for MundoFox.

CLYP, a provider of mobile marketing automation for brick and mortar retailers, has  announced the integration of its ‘Big Data’ customer engagement platform with format Hispanic chain Mi Pueblo Foods. The CLYP platform allows Mi Pueblo and other Hispanic format clients to establish deep consumer engagement leading to more extensive insight into customers’ shopping behavior and buying patterns. Mi Pueblo joins other leading grocers, including Raley’s Supermarkets, using CLYP’s  mobile customer engagement platform to deliver personalized offers to  customer based on their shopping history, purchase behavior and location—giving consumers the offers they want, when they want them, where they want them. CLYP’s 360° marketing automation platform connects to customers’ mobile phones, whether or not they have an app, via SMS, pass, e-mail and push.

Cereal  brand Kellogg Co. is launching a brand called Origins. The product will be sold under the Kellogg’s master brand name and will come in varieties such as muesli, “ancient grains” and granola. The new offering comes as Kellogg struggles to grow its cereal brands in the midst of changing consumer eating habits and new breakfast competition from products such as yogurt. Origins will launch mid-year.Total cereal category sales in the U.S. fell 3.8% to US$8.9 billion in the 52 weeks ending Jan. 25, according to IRI. Kellogg fared worse, with its sales dropping 5.4% to about US$2.7 billion, according to IRI. Kellogg also recently launched a new digital platform called openforbreakfast.com in January meant to answer consumer questions using videos, infographics and interviews with Kellogg employees. (Check out a recent Portada interview with a Kellogg Multicultural Brand Marketer.)

Royal Caribbean International is reviewing its global creative agency business, with a decision expected by May.Incumbent JWT will defend. Media, handled by the agency’s WPP corporate sibling, Mindshare, is not part of the current review, which will be managed internally.In the first nine months of 2014, Royal Caribbean spent US$58 million in measured media, according to Kantar. For all of 2013, the brand invested US$81 million.

Restaurant holding company Darden has launched a media agency review for both its Olive Garden and Longhorn Steakhouse chains.In 2010, incumbent Starcom was selected to handle the assignment.At that time, the company was spending around US$300 million annually on ads for all of its restaurants and the firm also owned the Red Lobster chain. Starcom sibling Spark won media chores for Red Lobster after the sale. Those duties are not in review.In November the new board, headed by Starboard CEO Jeffrey Smith, hired executive recruiter Korn Ferry to conduct a search for a new CEO. That search is ongoing.

Check out  Portada’s Interactive Directory of Corporate Marketers and Agency Executives. 12 NEW LEADS HAVE JUST BEEN UPLOADED. To acquire the database, please call Matt Eberhardt at 347-961-9516 or e-mail him at matte@www.www.portada-online.com SEE A DEMO OF THE DIRECTORY!