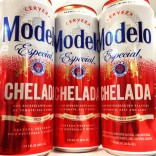 Mondelez has signed sponsorship deals with the U.S. national soccer leagues for both men and women. In addition, it also signed a three-year deal with star players Clint Dempsey of the Seattle Sounders and Omar Gonzalez of the Los Angeles Galaxy and with Alex Morgan, an Olympic gold medalist who plays for the Portland Thorns in the National Women’s Soccer League. Mondelez also has signed a sponsorship deal with the Las Chivas Guadalajara soccer team.

The Morris County Hispanic-American Chamber of Commerce (MCHACC) has selected Eclipse Marketing Services, Inc. of Morristown, New Jersey to be its Agency of Record, and to represent the Chamber in the development of new marketing tactics, media placement, and public relations.

Grupo Éxito, Colombia’s biggest retail chain, through its Alliance with Banco CorpBanca and Transnetwork Corporation, is introducing a new service for individuals who wish to send money from the U.S. to Colombia.
— With Giros Internacionales Éxito customers can send dollars from a variety of money transmitters in the United States and receive the money in Colombian pesos at more than 200 Éxito, Carulla and Surtimax stores located in 50 Colombian municipalities. Grupo Éxito is the first retail chain in Colombia to handle payment of international money transfers.

Under a new offering, titled myWeekly Ad, the CVS drugstore chain will use data gathered from its ExtraCare members’ purchases to suggest sale items and make available all ExtraCare savings and rewards offers, The New York Times reports. Users will also be able to build digital shopping lists that can be personalized at their CVS store. The platform will be available on desktop and laptop computers. An ad campaign of $7 million will promote itThe move is aimed at customer convenience but also to fend off growing competition from online retailers. Another goal, according to Michael Sharp of Standard Time, the creative agency for the campaign, is to reach “a younger demographic that spends a lot of time online looking for deals.”

JC Penney is reverting to its former logo. The financially troubled retail chain dumped the “fair and square” logo launched by former CEO Ron Johnson in March that simply employed letters JCP inside a box that was reminiscent of an American flag. Replacing it is a logo with the entire JCPenney name—a throwback to its previous logo. The classic logo will appear in TV spots and all other Penney marketing. Penney research has found that its customers “overwhelmingly” prefer the new classic logo, and the chain is hoping it will help draw customers back into the stores

Shakira, the Grammy-winning singer will tout a new unlimited international data service called Simply Global. T-Mobile announced the plan at an event featuring a performance by Shakira, who will hold the title of “T-Mobile collaborator,”.T-Mobile continues to scramble to make inroads into wireless sales of the Big Two—AT&T and Verizon.