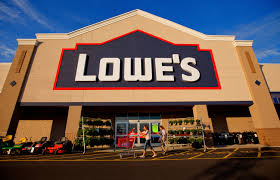 Home improvement retailer Lowe’s has appointed Publicis Groupe’s Starcom to handle its’ U.S. media account. Lowe’s spends  US$300 million on media advertising annually. Incumbent OMD, which handled the account since 2005, did not participate in the review. BBDO continues as the Lowe’s creative agency. Jocelyn Wong, who was promoted to chief marketing officer at Lowe’s in January, handled the later part of the review and decision-making process.

Office Depot OfficeMax has moved its entire account to Zimmerman Advertising without a review.Incumbent was Interpublic Group for almost two and a half years.McCann New York and UM had been handling creative and media duties, respectively, since 2014. Moving forward, it will all be with the Omnicom shop.Office Depot OfficeMax is headquartered in Boca Raton.According to Kantar Media, Office Depot spent approximately US$54.3 million on measured media in 2015 and US$60 million from January to November of 2016.Zimmerman also took on a more prominent role servicing the Nissan business when the auto brand consolidated its accounts on the East Coast, moving away from TBWA\Chiat\Day L.A. after more than three decades. 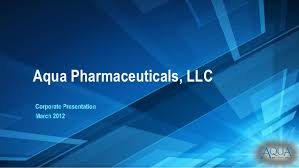 Almirall company Aqua Pharmaceuticals has picked The Marketing Arm as agency of record, following a review. Incumbent GCG Marketing defend the account. The agency will handle strategy, creative, media services, and public relations, including both B2B and B2C outreach efforts.The account will be led out of the agency’s NY office.Almirall acquired Aqua Pharmaceuticals for US$327.6 million in December 2013.

Home Franchise Concepts (HFC), a family of direct-to-consumer brands in the home-related goods and services space, has appointed Milner Butcher Media Group (MBMG) as its media agency of record (AOR), and tasked it with providing national communications planning, analytics and activation for its Budget Blinds®, Tailored Living® and Concrete Craft® brands.Los Angeles-based MBMG will develop and execute consumer-based lead- generation plans and national franchise-development campaigns for all three brands during HFC’s 25th anniversary year of 2017 and beyond. 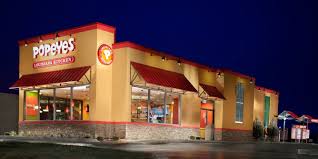 Restaurant Brands, the parent of Burger King and the Tim Hortons doughnut and coffee chain, announced it will purchase Popeyes Louisiana Kitchen, the company famous for its Cajun cuisine, for US$1.8 billion.The deal values Popeyes at US$79 a share.There was also speculation that Restaurant Brands was considering buying another fast food chicken chain, El Pollo Loco .Popeyes has more than 2,600 restaurants around the globe. The company was founded in New Orleans in 1972, but its corporate headquarters is now in Atlanta.If that trend continues, Popeyes could help make Restaurant Brands become a top rivals to McDonald’s, Wendy’s  and KFC owner Yum! Brands. 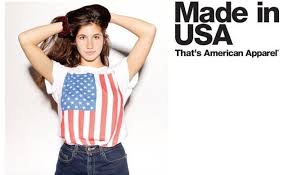 U.S. fashion brand American Apparel announced its’ products will continue to be manufactured in the United States and sell at “price points relative to the competitive landscape.” The move is aimed at supporting made-in-USA product. However, the brand will continue producing some on cheaper international markets where it’s also planning to expand. It will be a combination of both but supporting mainly the core made-in-USA business. American Apparel was bought by canadian manufacturer Gildan Activewear Inc. for US$88 million in a bankruptcy auction this month.

To get detailed contact information about the DECISION MAKERS BEHIND THESE CAMPAIGNS AND ACCESS AN INTERACTIVE DATABASE OF MORE THAN 2,500 MARKETERS targeting U.S. consumers, please contact Sales Research Manager Silvina Poirier silvina@www.www.portada-online.com to activate your subscription.

US food giant Kraft Heinz Co dropped a US$143 billion offer for Unilever in what would be one of the biggest deals ever, but the consumer goods company has declined it. Unilever has a market value of US$125 billion. The combination would add Hellmann’s mayonnaise, Ben & Jerry’s ice cream and Knorr soups to a portfolio that includes Heinz ketchup and Kraft Macaroni and Cheese. Unilever rejected the proposal as it sees no merit, either financial or strategic, for Unilever’s shareholders. However, Kraft Heinz is expected to continue its pursuit, funded with fresh capital from Mr Buffett and Brazil’s 3G. If the deal were to go ahead it would make it the second largest in history.