L’Oréal Paris is leveraging its red carpet authority and broadcast sponsorship of the 2016 Golden Globes with the launch of the #WorthSaying campaign. #WorthSaying, launching yesterday January 10, the night of the Golden Globes, encourages women on the carpet – and off – to share words they believe are truly worth saying.The night of the Golden Globes, the brand’s powerhouse roster of celebrity spokeswomen, which includes Julianne Moore, Karlie Kloss, Eva Longoria, Frieda Pinto and Liya Kebede, along with brand experts and social influencers, will band together as catalysts for change and spark dialogue by putting forward their own words #WorthSaying on Twitter. Women everywhere can take part in the conversation on Twitter during the broadcast on Sunday, January 10, 2016 from 5:00pm EST – 11:00pm EST by tagging @LorealParisUSA and using #WorthSaying. The campaign also will debut customized television billboards, banner ads and online videos, all in an effort to inspire women to join the #WorthSaying conversation and further elevate women’s voices to an unprecedented level. 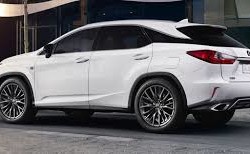 Lexus has released a national integrated marketing campaign for the entirely redesigned Lexus RX luxury crossover. Two national TV spots highlight the RX’s design and performance. “Beautiful Contrast” and “Modern Luxury”. The commercial highlights the chiseled exterior and interior craftsmanship. Both spots end with a voiceover saying: “Never has luxury been this expressive.”  The integrated national campaign will appear on broadcast, digital, print and out-of-home media. The TV spots will air during prime time, late night, cable and sports programming.Digital presence for RX includes unique brand integrations with AOL, Google/YouTube and “The Mindy Project” on Hulu. An immersive campaign with Facebook/Instagram will provide consumers with contextual RX content after relevant “life moments.”Print media features the headline “Sophistication. Sharpened.” The spots and behind-the-scenes video are available for viewing at youtube.com/LexusVehicles.

The Hass Avocado Board (HAB) is projecting that more than a record 270 million fresh avocados will be eaten during Big Game Week. In celebration of how eating avocados can unite people, football fans are invited to help establish a new world record for the largest online photo gallery of guacamole dipping and other avocado bites. Avocado-lovers are challenged to submit photos on Twitter, Instagram, Facebook, Google+, Vine or Flickr using #GuacGoal from January 22-February 7. In addition to the thrill of being part of this history-making attempt, participants will be entered for a chance to win a grand prize of US$500, two runner-up prizes of US$250, and one of seven footballs signed by football legend Joe Montana. To see how fellow avocado lovers enjoy the fruit during the Big Game festivities, visit the online photo gallery at www.SaboreaUnoHoy.com/guacgoal.In addition, HAB unveils a new Mini Carnitas Sliders recipe just in time for the Big Game. 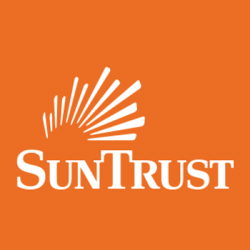 SunTrust Banks will debut its first national Super Bowl ad this year, Adage reports. The Atlanta-based lender plans to broadcast a 30-second spot with a high-minded goal: inspire Americans to feel more confident about their finances and less stressed.The spot, which was filmed in several locations around the U.S., will air as the last ad during the two-minute warning break in the game’s fourth quarter. SunTrust worked with Strawberry Frog on the commercial; Dante Ariola directed.The TV spot will be part of an integrated campaign that will continue through February and include a 60-second version that will air online, and then on TV after the Super Bowl. Ms. Johnson declined to disclose the budget spent on the effort.In the third quarter, SunTrust reported revenue of US$2.1 billion, a 1.3% rise over the year-earlier period, and profit of US$537 million.