JCPenney has released “The Gift of New Traditions” campaign along with AOL’s BeOn division, aimed at Hispanics. The series, which began last week and continues through Jan. 10, will be vignettes featuring Hispanic families traditions for Thanksgiving and the other holidays to come. Like ethnic families of the past, it’s a blend of American tradition and customs from the old country.The episode starts with a holiday-themed ad for the store and JCPenney says they’re wearing Penney’s clothes. The video itself, explaining the traditions, is mostly in English (with subtitles).Besides the AOL site, the ad will also run on JCPenney’s Latino Facebook page and YouTube channel.Some 10% of JCPenney customers are Hispanic. JCPenney points to data that says AOL’s Hispanic 18-49 viewership watches 217 million videos there every month and averages 50 minutes of viewing time, according to comScore’s Video metrix. (Read more about how JC Penney pursues the Latina Muse)

Barilla has partnered with three influential Hispanic food bloggers in Chicago, Los Angeles, and New York, to create new and unique pasta recipes with a Latin twist. These recipes are a great way to put a new spin on traditional pasta dishes. With the launch of Pasta a Tu Estilo , Barilla’s most recent Spanish-language website, all these recipes now have a new home and can be found in both English and Spanish.Laura Muller of Las Recetas de Laura, Nicole Presley from Presley’s Pantry, andAlejandra Ramos of Always Order Dessert, were each selected as Barilla brand ambassadors to create custom Latin-inspired pasta recipes that are quick, easy, and represent a celebration of their unique Hispanic identities.Offering their own twists on traditional pasta entrees con su sazon, Muller, Ramos, and Presley, along with the help of Latina Bloggers Connect, have produced nearly 30 unique recipes. Some signature recipes from each of the bloggers are:Barilla Spaghetti with Pecan Chipotle Sauce by Laura Muller, Steak Picado with Barilla Pasta by Nicole Presley and Chimichurri Pasta Salad with Barilla by Alejandra RamosThe recipes along with more Latin-inspired dishes can be found at Barilla.com/EsPosible along with a chance to win US $5,000. 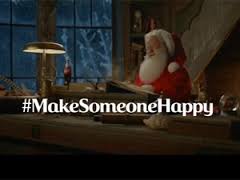 Coca-Cola is releasing this year’s holiday TV campaign called “Make Someone Happy,” created by Coca-Cola Germany with Ogilvy and adapted to the U.S. market by Coca-Cola North America. Wieden & Kennedy, Portland, handles social and digital for the effort, which is set to Jimmy Durante’s vocals of the song.The holiday spot marks the first time since 2011 that the brand’s classic Santa character has been the centerpiece of its holiday TV campaign in the U.S. Coke’s classic version of St. Nick was created in 1931 by artist Haddon Sundblom and Coke has consistently used Santa since then.This year, Santa and the bears are swapping roles, with Mr. Claus reclaiming the TV spotlight and the bears reduced to a supporting role for store-level retail executions. Still, a Coke exec did not rule out using the polar bears again in TV ads in the future.The ad debuted Nov. 27 on NBC. The spot, which will run through late December, also aired on ABC, ABC Family, Hallmark Channel, USA, TBS, Lifetime and Food Network. The campaign includes print, radio and out-of-home ads.

Weight Watchers brand will take a different approach than in past with new TV ads featuring regular folks. Competitors Jenny Craig and Nutrisystem have used Kirstie Alley and Marie Osmond, respectively. A new commercial features a twist on the children’s song “If you are happy and ou know it” featuring singer Tony Banino.Spots will begin airing during Sunday’s midseason finale of The Walking Dead and will also appear in cinemas. The new campaign is the first by Wieden & Kennedy and is aimed to the average person seeking to lose weight. The ads in movie theaters are specifically targeting consumers who are making bad food choices, such as movie popcorn. Weight watchers spent US$82.7 million on advertising in the US in the first six months of 2014. 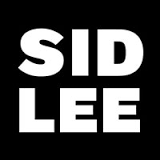 Montreal-based agency Sid Lee, which opened a New York office two years ago, is going to set up a unit in the Culver City, Calif., office of one of its clients, men’s health charity Movember Foundation. Sid Lee, whose clients include Adidas, Facebook and Intel, is handling Movember’s account pro bono and will pay the foundation rent for the space. Sid Lee is the only agency in the world that is partly owned by a circus, with live entertainment company Cirque du Soleil owning a 20% minority stake.

Chase is introducing its first TV spot promoting its partnership with mobile payment service Apple Pay. The ad, out of creative agency Saatchi & Saatchi, features members of indie pop band Bleachers roaming Los Angeles in the hours leading up to a performance. The musicians make purchases along the way using their Chase Freedom credits cards, but through Apple Pay on their iPhones.Chase follows MasterCard among Apple Pay partners with TV commercials on the air.The 90-second version of the ad will be available on YouTube and a 30-second spot is set to air on NBC, ABC, Fox, CBS and ESPN during prime time TV shows, sports broadcasts and holiday specials throughout the season. Zenith handled the media buy.

The beer importer Constellation Brands is ending the commercial relationship with Goodby Silverstein &Partners, which handled Corona Light and Modelo Especial, and searching for a new agency for the two brands.The agency and marketer both said that the two parties mutually agreed to end their relationship. Corona Light has long been stuck in the shadow of its larger parent brand, Corona Extra, which is handled by Cramer Krasselt. The larger opportunity for growth might come from Modelo Especial, which has been among the fastest-growing brands in beer in recent years, despite limited traditional ad support. The brand, now the 10th-largest beer in the U.S., grew sales by 26% to US$708,000 in the 52 weeks ending Nov. 2. Horizon Media is Corona’s media buying agency. 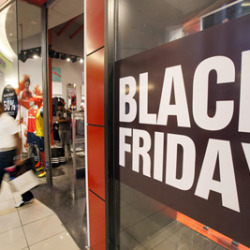