Check out Portada’s Interactive Directory of Corporate Marketers and Agency Executives. 10 NEW LEADS HAVE JUST BEEN UPLOADED. To acquire the database, please call Matt Eberhardt at 347-961-9516 or e-mail him at matte@portada-online.com SEE A DEMO OF THE DIRECTORY!
For prior Sales Leads editions, click here.

General Mills has consolidated its global media business with WPP’s GroupM, led by its agency Mindshare, on the heels of its selection of Mindshare to handle its massive U.S. business.The group will support General Mills in Europe and Australa- Asia, as well as take the lead on the company’s Yoplait Europe business and a portion of General Mills business in Africa, the Middle East and Asia.Read more. 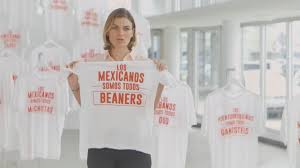 Tide Laundry Detergent has released its latest effort #WashAwayLabels hoping their cleansing power will help to wash away those labels the Latino community is tagged with. Tide has included a video on Youtube sharing the testimonials of members of different ethnic groups, from Cuban to Mexican, speaking out on the negative titles they’ve been labeled in their lifetimes:“beaners,” “narco,” and “mojados” were just a few. Along with the National Council of La Raza, Tide is hoping to help the Latino community “delete” the negative tags and share how it would like to referred to as in honor of Hispanic Heritage Month, according to the video’s description.Some of the labels mentioned were screen printed onto white t-shirts using ketchup instead of ink. The same individuals who said they’ve been categorized under those labels walked into a room scattered with the shirts to show that “labels are stains.”The participants set the dirty t-shirts to wash to cleanse them of the derogatory names while advertising Tide’s cleansing strength.

MetroPCS has partnered with Fenomeno Studios the Multichannel Network owned by Estrella TV for #AsiEsmiHistoria, a special edition of  Fenomeno Sessions. For the special feature, three regional Mexican music’s stars (Gerardo Ortiz, his younger brother Kevin Ortiz, and Luis Coronel) have signed on with Estrella TV’s Fenomeno Studios and MetroPCS to bring fans an intimate acoustic concert experience, #AsiEsMiHistoria [#ThisIsMyStory] which started on Oct. 9. An important objective MetroPCS; Marketing  is to reach out to multicultural audiences in general and Hispanic audiences in particular. 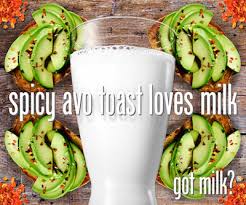 The California Milk Processor Board (CMPB), creator of got milk? and toma leche, has launched a new chapter with the Food Loves Milk campaign, designed to pique consumers’ interest in drinking milk with a wide range of foods, from time-tested classics to new pairings.The CMPB teamed with both Goodby Silverstein & Partners (GS&P), originator of got milk?, and Grupo Gallegos, which created the Latin-market toma leche effort, to produce a cross-media integrated campaign that addresses the wide-ranging, leading-edge food tastes of all Californians.The latest effort consists of two 30-second spots from GS&P, “Sweet Loves Milk” and “Spicy Loves Milk,” will run across the major networks, taking advantage of the fall premieres as well as special events such as the Emmys. In addition, five 15-second spots from Grupo Gallegos will air on Univision, Telemundo and local stations. Later this year, the campaign will also extend into more traditional avenues, such as print, out-of-home and in-store. Consumers will be encouraged to share the foods they pair with milk by using the hashtags #FoodLovesMilk and #MeGustaConLeche. Some of the crowdsourced results will be aggregated in a gallery at tomaleche.com and also used as part of other “Food Loves Milk” digital-media elements.To localize the campaign and further feed into consumers’ hunger for exotic flavors, RL Public Relations (RLPR), CMPB’s PR agency of record, will bring a variety of experts and top chefs to speak about this new culinary trend.online elements over the course of the campaign will include the following: A nine-part online video series that follows Hispanic stars Yarel Ramos and Eddie G! as they surprise diners at restaurants, cafes and food trucks with a glass of milk to try with their meals. Partnerships with the California Sunday Magazine and Bon Appétit magazine’s Food Innovation Group that includes videos, recipe guides and sponsored editorial around the chefs’ inspiration.A partnership with BuzzFeed to create a video spot showing reactions from people as they try new food-milk pairings. A range of content by social influencers of varying backgrounds that will give consumers different ideas of how to experiment with pairings. Content will include Pinterest boards, Instagram posts, YouTube videos and blog posts.The entire campaign will culminate at Super Bowl 50 on February 7.

Bud Light has released a new ads that seeks to link the brand to the unpredictability of the coin tosses that begin each game.TV spots show fans using the heads-or-tails outcome to dictate their social plans, like going to a beach party or snorkeling. The Anheuser Busch InBev-owned brew — which is an official NFL sponsor — is supporting the ads with a program at bars in which drinkers can flip a digital coin on a computer tablet and get the chance to win prizes or NFL tickets.A-B InBev roster agency FCB, Chicago assisted on the ads.W&K is prepping a new campaign that is expected to debut as soon as December and will move away from the brand’s two-year-old “Up for Whatever” campaign, Ad Age reported.Bud Light began the NFL season by promoting unique can designs made for every NFL team.