Check out  Portada’s Interactive Directory of Corporate Marketers and Agency Executives. 10 NEW LEADS HAVE JUST BEEN UPLOADED. To acquire the database, please call Kelley Eberhardt at 1-212-685-4441 or e-mail her at kelley@portada-online.com SEE A DEMO OF THE DIRECTORY!

E-Trade is shifting its media planning and buying account from agency Grey to WPP’s Ogilvy. Ogilvy will assume media agency of record responsibilities for E-Trade, in addition to their work as creative agency of record .While Ogilvy is overseeing the larger E-Trade account, the buying assignment will be handled by a WPP team, with talent from OgilvyOne and GroupM, an E-Trade spokesman said.E-Trade´s media planning and buying used to be handled by Spark, which is part of Publicis Groupe’s Starcom MediaVest Group.

Los Angeles-based multicultural mobile marketing solutions company BRIABE Mobile launched its “ROAD TO RIO” mobile soccer content platform, making use of its proprietary CATALYST™ technology. The platform offers exclusive content in both English and Spanish targeted to the more than 50% of U.S. Hispanics following the 2014 FIFA World Cup. Nissan signed on as official sponsor. Soccer fans will be able to support their favorite teams with branded and also amplify this message to their Facebook, Twitter and Instagram networks via Road to Rio’s mobile-social media platform. 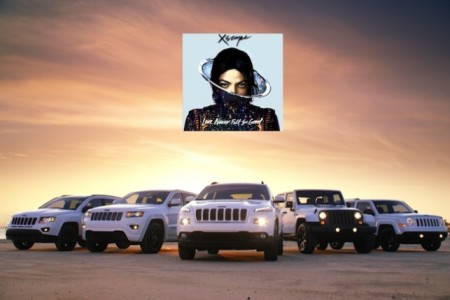 Chrysler Group is partnering with Epic Records to create an ad campaign that will include the Unreleased Michael Jackson´s Single “Love Never Felt So Good,” which will be featured on his posthumous album XSCAPE to be released this month after the campaign breaks, according to an Ad Age report. The campaign by agency GlobalHue is for Jeep’s Altitude Edition models. The spots will be soccer and basketball themed and target general market, as well as African-American and Hispanic media. It will also have a major digital/social element.

Tecate Light, the Mexican light beer with bold cerveza flavor, announced the launch of a new national ad campaign touting its bold flavor to connect with bicultural Hispanic men 21+ in the U.S. The campaign, which includes English- and Spanish-language television and radio spots and OOH elements, builds upon the brand’s considerable volume growth in 2013, which solidified its place as the fastest-growing mainstream light beer in key markets like California, Nevada, Arizona and Texas. “Since we launched the brand in the U.S. in 2007, our consumers have recognized that Tecate Light is a light beer con sabor y carácter that is perfect for any occasion. Its distinctive flavor is what has helped establish the brand as a powerhouse choice for consumers of legal drinking age in both Mexico and the U.S., and will continue to drive its growth[” said Gustavo Guerra, Brand Director for Tecate.

CHECK OUT Portada’s Interactive Directory of Corporate Marketers and Agency Executives. To acquire the database, please call Kelley Eberhardt at 1-212-685-4441