OMD is taking on media responsibilities for Disney’s movie business. Annual media spending on the account is estimated at $800 million. As a result of the move—which came without a pitch—staffers from the incumbent agency, Publicis Groupe’s 4D, will follow the business to OMD. OMD is expected to keep the dedicated unit intact under U.S. CEO Monica Karo.In March 2011, after a three-month review, Disney split its $1 billion in media spending between Publicis Groupe, which landed responsibility for studio, home entertainment and interactive gaming, and Carat, which won duties for theme parks and resorts. The shift comes as Publicis Groupe and Omnicom are working toward the expected first-quarter completion of their merger but the move is not related to that transaction, sources said.

Kenny Mitchell was named managing director of brand and consumer marketing at NASCAR, where he will be charged with helping target the youth, millennial and multicultural audience segments. He joins NASCAR from the Dew Tour, which is a unit of Alli Sports and the NBC Sports Group, where he was VP and general manager. Prior to that he held sports marketing positions at Pepsico and also was director of sports marketing at Gatorade.

JC Penney is starting its first national Holiday TV advertising in many years, Ad Age reports. Senior VP of marketing Debra Berman worked with new agency Doner on the campaign, which will include six different TV spots running from now until Christmas, e specific spots targeting Hispanic consumers in markets such as Miami and Los Angeles and the company is introducing its first Facebook page in Spanish. The spots will be less based on promotional pricing and focus more on the scope of gifts that can be purchased for different members of the family.

Mexican airline Aeromexico announced new seasonal services from New York City to Puerto Vallarta and Los Cabos as of January 16th and 18th of this year. Aeromexico will also add three weekly flights to the daily service it currently offers between New York City and Cancun as of December 20th.Aeromexico will offer 42 weekly flights from New York, strengthening its extensive global network and increase its seat offerings to provide additional connectivity options and expand tourist travel to Mexico.

Jamba Juice just named the Austin-based Latinworks as its total-market agency for a large campaign to reposition the brand.The national Jamba Juice campaign will roll out in the first quarter of next year, and focus on the brand’s expansion of pure juicing and healthy lifestyle advocacy, FastCompany reports. Details of the spots aren’t public yet, but there will obviously be a heavy multicultural component, particularly considering that 40% of Jamba Juice’s business is in California.

The drinks business of Diageo and the National Basketball Association (NBA) have joined under a multiyear marketing partnership that will make Diageo exclusive partner of the league.Diageo brands Ciroc® and Crown Royal® will be integrated into marketing initiatives across the NBA and NBA Development League (NBA D-League), with Diageo conducting activities under the Baileys brand with the Women’s National Basketball Association (WNBA).

Pizza chain Papa John’s International is searching for a new national advertising agency of record, as ZGroup, a division of Ft. Lauderdale, Fla.-based Zimmerman Advertising has chosen not to defend the account now up for agency review. “As the recognized industry leader in customer happiness and the leader in digital ordering, Papa John’s has built an incredible amount of momentum over the past few years,” John Schnatter, Papa John’s founder and chief executive, said in a statement. “We feel the timing is right to seek an agency partner that can capitalize on that momentum and help advance our brand to the next level through fresh thinking, brand messaging and more innovative, integrated marketing.”
Zimmerman held the Papa John’s account for many years, and former Papa John’s chief marketing officer Andrew Varga left the Louisville, Ky.-based chain this past March to become Zimmerman’s president.ZGroup also plans and buys national media for Papa John’s and handles creative and media responsibilities for franchisee and co-operative advertising. Papa John’s has no plans to review media planning and buying. Papa John’s spends approximately US$ 120 million in annual advertising expenditures. 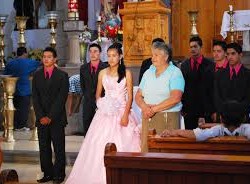