Check out  Portada’s Interactive Directory of Corporate Marketers and Agency Executives. 25 NEW LEADS HAVE JUST BEEN UPLOADED. To acquire the database, please call Matt Eberhardt at 347-961-9516 or e-mail him at matte@portada-online.com SEE A DEMO OF THE DIRECTORY!

Nissan has launched the national ad campaign “The Most Exciting Car Brand Celebrates the Most Exciting Sport,” to celebrate World Cup fever and give U.S. Hispanic consumers opportunities to cheer on their teams. The Spanish-language spots feature Nissan vehicles as the tools helping consumers bring the excitement of the summer soccer games. Both versions of the spot close with the English-language phrase, “Innovation that Excites,” a reflection of bicultural consumers’ tendency to be comfortable with both languages. The spots will run on national networks from June 12 through July 13. The first one,  entitled “Goal Trip,” features brand aficionados Diego and Rafa throughout their scenic road trip from New York to Brazil. The second , “Face-Off,” portrays cars facing off against enthusiastic soccer fans as they race to the stadium for the big match. 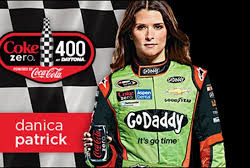 Coca-Cola has taken over Nascar and Yahoo Sites for the Fourth of July as part of its sponsorship of the 56th annual Coke Zero 400 race at Daytona International Speedway the past weekend. Coke Zero spokeswoman Danica Patrick will advertise the soda at the event and through digital ads that target sports fans, which will drive traffic to the summer campaign’s microsite.Via a microsite, consumers can swap out the logos and then share the content via Twitter, Tumblr, Facebook and Instagram. Mobile ads and pre-roll video from a TV spot were parts of the marketing mix. 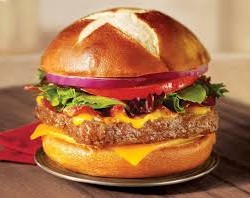 Wendy’s Pretzel Bun , one of Wendy’s most popular items in more than a decade , is coming back together with two hits of the late ’80s and early ’90s featuring R&B group Boyz II Men and Jon Secada.The pretzel bun will be available nationally by July 4. TV ads will launch July 7 simultaneously and will run for about six weeks. In the TV spot, created by Publicis Kaplan Thaler, Wendy’s Red character is shown regretfully walking around thinking about the Wendy’s pretzel bun to a performance of Mr. Big’s “To Be With You,” a popular song from 1991.Boyz II Men will make an appearance in Times Square July 9, where they’ll sing some pretzel love songs.To appeal Hispanic audiences Wendy’s will be using singer Jon Secada , who will appear in a national Hispanic TV spot and a digital “love song” video. WPP’s Bravo was in charge of the Hispanic work. 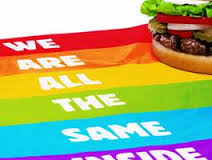 Burger King is launching a short film on YouTube in support of the Lesbian, Gay, Bi-Sexual and Transgender community. The film shows clients of a Burger King along the San Francisco Pride Parade route who were surprised to open a Whopper wrapped in rainbow-colored paper with the message “we are all the same inside.” Burger King has also recently changed its slogan from “Have It Your Way” to “Be Your Way”, which according to senior VP of global branding, Fernando Machado, is meant to send the message that “as a brand, we welcome everyone.” 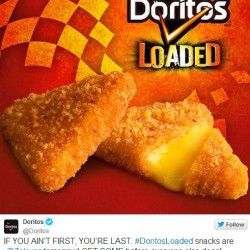 Doritos is rolling out the new “Cheesy Doritos” nationwide at 7-Eleven stores in the form of “Doritos Loaded” hot snacks. In social media, they’ve already been labeled “inside-out nachos.” These snacks are aimed at Millennials in search of low-budget, high-flavor eats. For 7-Eleven, it’s a way to attract younger consumers .With a secret seasonings, the new line contributes to building PepsiCo’s growing Doritos empire. The snack is stuffed with three kinds of cheese: American, cheddar and Romano.

Agency Merkle has bought privately-held RKG, a search and digital marketing agency based in Charlottesville, Va. This is Merkle’s second digital agency acquisition this year, following the acquisition of Chicago-based creative communications agency New Control.Terms of the deal were not disclose. Merkle plans to maintain RKG’s staff of 220 and bring the executive team onto its management team.However, it employed over 2,000 people before the acquisition. RKG works with clients like Express, Urban Outfitters and Drugstore.com, among others. 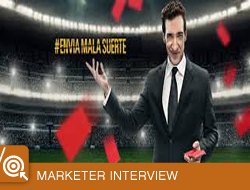