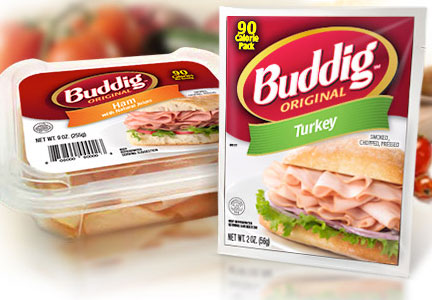 The Epson EcoTank printer is being introduced to the U.S. market with  TV, magazine, digital and events outreach. Agustin Chacon, Vice President, Latin Subsidiary Sales and Operations, tells Portada, that his company is working on a marketing development plan to specifically reach out to the U.S. Hispanic consumer. 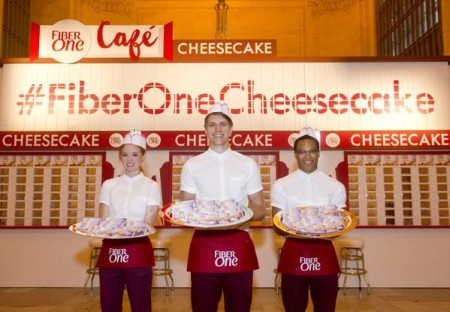 General Mills’ Fiber One has introduced its new cheesecake bars with a sampling event in Grand Central’s Vanderbilt Hall today.The event, which fell on National Cheesecake Day, kicks off a campaign and announces national distribution of the product. Additionally, there is a social component supported by Betty White and a partnership with Lisa Lillien’s Hungry Girl brand, which offers healthy eating tips and “guilt-free” ways to indulge. The Fiber One campaign capitalizes on Ms. White’s role in “Golden Girls.” The show, which ran from 1985-1992, has a cult following, and the line, “But first, let’s eat cheesecake,” was often uttered by one of the leading characters before a late-night dessert and gossip session. A meme using the famous phrase will appear on Fiber One’s Facebook page.Passersby flocked to the pop-up Fiber One cafe, where staff in soda shop-style costumes distributed samples. Cameras filmed during the setup of the cafe and will continue throughout the day for a time-lapse video that will be posted on Fiber One’s Facebook page. The new product, which includes strawberry and salted caramel flavors, includes a “Cheesecake Appreciation Month” celebration in August with a sweepstakes using #FiberOneCheesecake.Fiber One products include cookies, cereal, brownie bars and baking mixes. General Mills’ Fiber One spent US$19 million in measured media in the first four months of this year, according to Kantar Media, with us$10 million of that dedicated to Fiber One Chewy Cereal Bars. 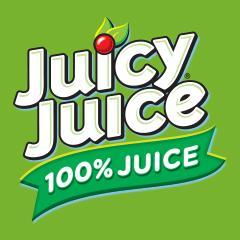 The new owners of Juicy Juice are up to new strategies targeting the millennial mom. In particular, Juicy Juice is going after digitally savvy moms with kids ages two to six, according to the brand. Brynwood bought Juicy Juice from Nestle USA last year.Changes to the brand include a logo and site revamp, as well as a campaign kicking off Aug. 10 that will include print and digital advertising, in-store ads, free-standing inserts and social media.The brand got just U S$23,100 in measured media support last year, according to Kantar Media. However, total investment in the brand has doubled from 2014 to 2015. Along with 360 Public Relations, Juicy Juice worked with Product Ventures for graphics, Source Marketing for ad creative and Brand Connections for social media.The campaign’s tagline is “goodness made juicy,” with one ad reading, “the happy comes straight from the fruit.”Additionally, the brand toned down colors and added more fruit imagery to emphasize a “better-for-you” perception, Ms. Bergenfeld said. The changes come as the brand battles negative sales trends. Juicy Juice’s sales fell 10% to us$244 million in the 52 weeks ending July 12, according to IRI, a Chicago-based market research firm.Juicy Juice is also adding a new product: Juicy Juice Splashers, drink pouches with reduced sugar content that will address “moms’ concerns about sugar without compromising on flavor kids love,” according to the brand. Additionally, the core Juicy Juice line of juices will get four new flavors: strawberry watermelon, passion dragonfruit, peach apple and cranberry apple. 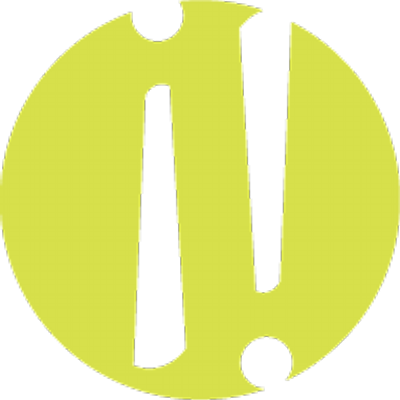 Mercury Mambo, an Austin-based experiential agency,  has launched the Latino Outdoor Influencer Network (LOIN), a database and community of Latino digital influencers with a passion for outdoor adventure. The first network of its kind, LOIN connects brands to Latino outdoor enthusiasts and athletes that are thirsty for new outdoor experiences and looking to create new family traditions.LOIN has a membership that includes a strong representation of U.S. Latino Millennials.  There are more than 22.7 Million of individuals within this segment and they boast spending power that exceeds US$780 Million.   LOIN members make their purchasing decisions based on experiences rather than things.Mercury Mambo will highlight the LOIN this week at the Outdoor Retailer (OR) Summer Market, in Salt Lake City, Utah on August 5 -8, one of the largest gathering of outdoor retailers and brands in the country.

Moroch Holdings Inc. (MHI) has announced that it will be taking a minority interest in Chicago-based LimeGreen LLC, a cross-cultural marketing communications agency focused on helping its clients reach culturally diverse groups through compelling consumer insights. While the agency will remain minority-owned, it will transition its namesake to LimeGreen Moroch.Over the years, MHI has prided itself on setting the standard of excellence in localizing national brands with the consumer, while always looking to the future to ensure its clients are prepared for change. This is especially true within the realm of cross-cultural marketing, which has now become one of the most critical components of any integrated marketing strategy.Effective immediately, Lura Hobbs, Managing Partner at Moroch Partners, will transition into her new role as President of LimeGreen Moroch. She will focus on utilizing consumer insights to successfully inform brand strategy and new product development. Additionally, the LimeGreen Moroch office footprint will now expand to include hubs in Dallas, Atlanta, Philadelphia and Detroit. Ellis will continue his role as CEO.LimeGreen Moroch’s most notable clients include KIA North America, Discover Financial Services, McDonald’s Corporation and Namaste Laboratories.

McDonald’s has released a new spot introducing sandwiches with quacamole, following the lead of Subway’s own heavily-promoted quac. “From the very beginning, even when he was still growing on the branch, this avocado knew he was destined for greatness. As he made his way through the foot traffic of the bustling city, among the skyscrapers and even by the beach at sunset, he was convinced he wasn’t made for the typical avocado’s fate of landing with chips or tortillas. Rather, he saw something different and more exciting for himself. As it turns out, this avocado’s true calling was to be a part of the Guacamole Sandwiches at McDonald’s,” said the compay on the release. 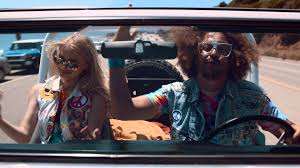 Pernod Ricard is adopting a new approach to marketing its Malibu brand, signing up US pop star Redfood as a brand ambassador for the summer period.The coconut-flavoured rum brand is collaborating with Redfoo, a former member of electro-pop duo LMFAO, with Malibu being mentioned in the performer’s latest track, ‘Where The Sun Goes’.The song features the lyric, “Got my Malibu with a view,” while the video shows Redfoo sipping the drink at a party. Creative activation for the global campaign is by AnalogFolk.The effort is also running a global initiative, ‘Best summer ever project’, following four young YouTubers as they travel the world. 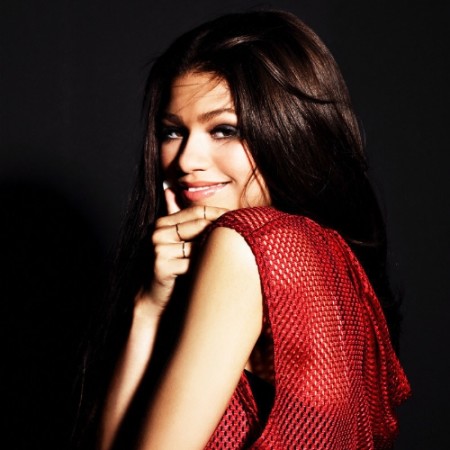 Footwear company, Titan Industries Inc., has acquired the footwear license for Daya by Zendaya. Zendaya, an American actress, singer, dancer and recording artist is best known for her role as K.C. Cooper on Disney Channel’s number one rated show “K.C. Undercover” and has recently been tapped as one of the top 10 red-carpet influencers in Hollywood.  The first Daya collection is set to debut in stores for Spring 2016.The Daya footwear label creators, Zendaya and her fashion stylist Law Roach, had a straightforward vision – to create shoes that embody what Zendaya’s fashion style has become famous for. On social media enthusiasts can use #soleofdaya or visit  zendaya.com, facebook.com/zendaya, twitter.com/zendaya and instagram.com/zendayamaree.