Pizza Patrón recently announced that it has made TruMedia its media Agency of Record for both the Hispanic and General Market. (Read our interview with Yousef Katan CEO and President of TruMedia about his objectives for Pizza Patrón). 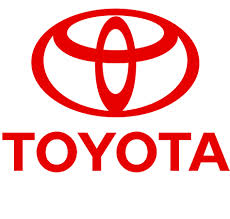 The automaker’s longtime ad agency Saatchi & Saatchi Los Angeles will take the lead over three other Publicis Groupe agencies that currently handle multicultural marketing duties—Conill Advertising (Hispanic), Burrell Communications (African-American) and Zenith (Broadcast and out-of-home media buying), along with InterTrend Communications (Asian-American marketing). The new unit will be called T2 (Total Toyota) and will become operational on April 1, 2014, the start of Toyota’s new fiscal year. Jack Hollis, VP, marketing for Toyota Motor Sales USA says, “The agencies stay the same. They’re just now going to be working more as one team. There’s no merger, no acquisition, nothing like that. It’s still four separate entities. But working as one—for the total market.”
In addition, Toyota has appointed two communications executives to newly created roles that it says will help the company further engage Hispanic and black consumers in North America. Patricia Pineda, most recently head of the Toyota USA Foundation, was named VP of Hispanic business strategy for North America. She is reporting to Julie Hamp, group VP and CCO for Toyota North America. Pineda will also oversee Toyota’s new Hispanic Business Strategy Group, focusing on increasing awareness of the Toyota, Lexus, and Scion brands to Hispanic consumers. The automaker has also appointed Jim Colon, previously VP of product communications at Toyota Motor Sales, to serve as VP of African-American business strategy for North America. Colon, who has held various roles at Toyota since 1980, will also report to Hamp.

PHD has Retained the US $100 Million Porsche Global Media Account. The Omnicom Media Group agency has defended its media business with the German automaker in a review that also included WPP’s MediaCom. PHD initially won the media account in 2010.

Chris Perry has left his position as chief marketing officer at Chevrolet U.S. His resignation comes just a week after Mary Barra was promoted to chief executive officer at Chevy parent General Motors. Perry joined General Motors in 2010 and had been global chief marketing officer of Chevrolet until earlier this year when he was replaced by Tim Mahoney. Prior to that he held several different marketing titles. Before joining GM, Perry was a marketing exec at Hyundai.

Cottonelle is running ads within news and female-skewing mobile sites such as ABC News, Shape, Better Homes & Gardens, Fitness and Women’s Heath. A banner ad expands to a full-page ad when clicked on and the landing page loads two pictures of rolls of toilet paper, one from Cottonelle and one from Charmin, a MobileMarketer.com report says. The ad claims Cottonelle has 25% more sheets than Charmin. “We understand mobile is one of the most important ways to build a relationship with our consumers and spark social sharing,” says Wayne Pirman, commercial program manager for Cottonelle.

Liberty Mutual has selected Havas Worldwide, New York, as its creative agency and Publicis Groupe’s Optimedia as its media agency.The Boston-based company had worked with Interpublic’s Hill Holliday since 2005 for creative and media, and it’s believed that the agency will retain a piece of the insurer’s Olympics-related business. Liberty Mutual is a big win for Optimedia, which also picked up the media business for dairy company Lactalis and German personal-care products company SCA in recent months. 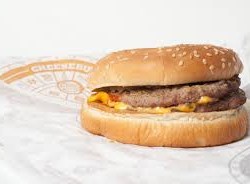 Burger King is shifting its U.S. media planning and buying assignment from Publicis Groupe’s Starcom to independent Horizon Media without a review.In the U.S. the fast-food chain spent over $300 million on ads in 2011 according to Kantar. Burger King has been quick to shift agencies on both the media and creative sides of the business in recent years.Starcom had the account for a little over two years. The agency was also awarded the account without a formal review. Before Starcom was handed the assignment, WPP’s Mindshare handled buying and mcgarrybowen handled planning and creative. But Starcom remains on the client roster in other markets, including in Latin America.

Dallas Pets Alive! (DPA), a non-profit organization focused on promoting and providing the resources, education and programs needed to eliminate the killing of companion animals, has selected creative agency Dieste, Inc. to develop and launch its first media campaign. The Dieste creative and digital teams developed a very emotional campaign to promote the longevity of companion animals. A 60-second film will be launched this Friday, December 20. (link to the video http://youtu.be/HdUnQNLt8Lc) 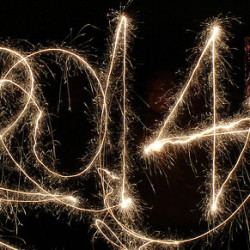