Pablo Buffagni, who until April was chief creative officer of independent Hispanic agency Grupo Gallegos , has opened a new shop, BBQ Agency, Inc. The services will include traditional and non-traditional advertising, social media, media integrations and content. BBQ aims will work directly with brands and also catering agencies, media and production companies, with a focus on creative strength to help them tackle the complex market challenge.Buffagni will be Creative Director and Head Chef at BBQ.

Glenfiddich whisky has released a new campaign to promote the fact the company has been ‘Family Run Since 1887’ .The campaign includes an introductory ad from 1963 with the headline “”Sit when you drink Glenfiddich, you may never stand for a blended Scotch again”.The effort ,with an estimated US$1m budget, was created by a variety of agencies: Leagas Delaney, creative agency for Glenfiddich, worked with Gravity Thinking, Porter Novelli, Purple Creative and Mars London to create the campaign.The campaign includes digital ads in social media (Facebook. Instangram and Twitter) with the hashtag #Glefiddich63.

Colgate Total has kicked-off the “Small Steps Make a Big Difference” campaign In support of American Diabetes Month®, to help raise the awareness. Both gum disease and diabetes have reached concerning levels in the U.S. Colgate Total® has teamed up with “Small Steps Make a Big Difference” experts. Some members of the expert panel will make appearances at health events across the U.S., including the American Diabetes Association’s Step Out®: Walk to Stop Diabetes® that is being held in Los Angeles on November 15, and providing “small steps” tips via social media in English and Spanish. Experts include:Natalie Strand, M.D. – ‎CMO Freedom Pain Hospital, VP Integrative Medical Services and co-author of upcoming book A Woman’s Guide to Diabetes; Marjorie Cypress, PhD, C-ANP, CDE – President, Health Care & Education of the American Diabetes Association; Karent Sierra, DDS – Miami-based bilingual dentist and founder of Sharing Smiles Foundation and Catrise Austin, DDS – Celebrity cosmetic dentist and author of Winning the Fight Against Diabetes: The secrets to living longer and healthier with a smile!

Mullen and its media arm Mediahub have won creative and media duties for the Patron business after a review that kicked off in August. The incumbent , Cramer-Krasselt, did not defend. Goodby Silverstein & Partners also participated in the review managed by SelectResources International. Duties include Patron’s full portfolio of tequilas and liqueurs, as well as the company’s other spirits brands, Pyrat Rums and Ultimat Vodka. The company spent around US$42 million on the brands last year according to Kantar. The account will be held from Mullen’s Los Angeles office, where the agency handles the Acura creative account which it won last year. With the Patron win, Mediahub will open a media operation in Los Angeles.

Budweiser’s has released its’ #holidaybuds social media effort revealing 10,000 vintage wooden crates in stores across the country this week. The packages will contain 18 bottles of Bud adorned with a classic label from either 1918 (beginning of Prohibition), 1933 (end of Prohibition) or 1976 (the brand’s 100th anniversary) as well as two pilsner glasses. The crates were handmade by a North Carolina shop called Vintage Editions.The suggested retail price, per an Anheuser-Busch rep, is less than US$40 for the kit.The labels will appear on 1.6 million cases of the brew during the next several weeks. Budweiser is encouraging people who buy the classic crates and bottles to share photos of them on social platforms such as Instagram, Facebook and Twitter.Below is the Gen Y-dominated TV spot Bud ran over the weekend for #holidaybuds. 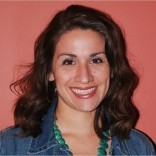