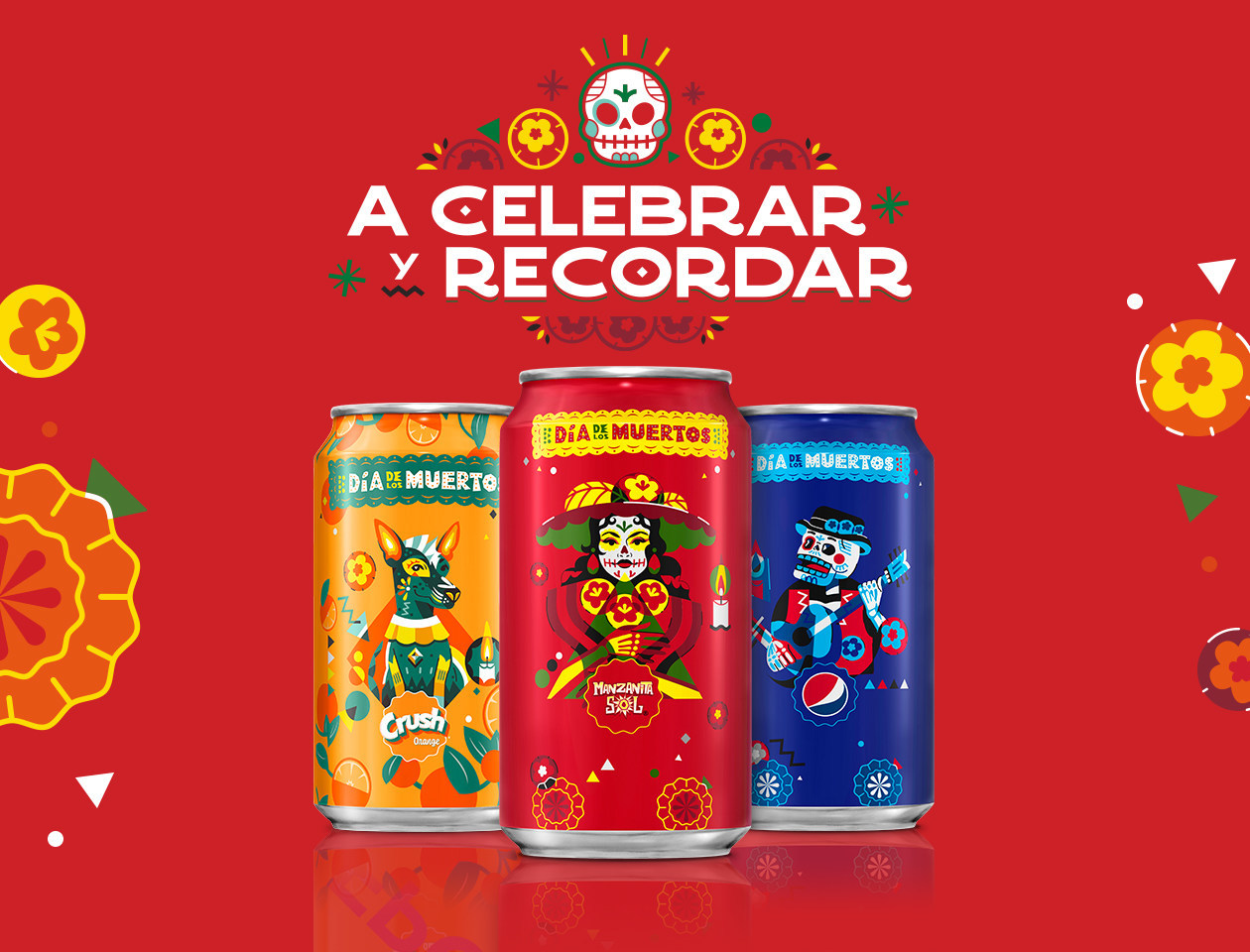 Manzanita Sol, the refreshing and beloved Mexican apple flavored soda from PepsiCo, is kicking off Día de los Muertos celebrations with the launch of its Celebrar y Recordar campaign – an ode to remembering and honoring loved ones – with limited-edition packaging and US$25,000 in grocery giveaways total towards families’ holiday feasts thanks to Manzanita Sol, Pepsi Real Sugar, and Crush. As fans prepare traditional recipes and ofrendas for Día de los Muertos, Manzanita Sol wants to help fans make this year’s celebrations the biggest yet with US$100 gift cards across five major cities. Consumers who seek out and share photos of the limited-edition bottles of Manzanita Sol, Pepsi Real Sugar, or Crush available exclusively at select retailers can enter to win one of 250 gift cards to support their Día de los Muertos festivities. The brand tapped Mexican artist Totoi Semerena to design the limited-edition packaging for Manzanita Sol, Pepsi Real Sugar, and Crush. The Yucatán-born illustrator captured the vibrancy of the holiday with three new designs featuring celebrated Día de los Muertos icons including Xoloitzcuintli, revered as the spirit guide to the kingdom of the dead, La Catrina, one of the strongest and most recognizable symbols representing the relationship Mexicans have with death, and La Calavera, or skeleton, a playful symbol of life after death. Fans in Chicago, Los Angeles, Phoenix, Houston, and Dallas have until November 3 to enter by posting a photo of their limited-edition Manzanita Sol, Pepsi Real Sugar or Crush on Twitter with #ManzanitaSol #Sweepstakes and @ManzanitaSolUS, or by submitting their photo via ManzanitaSolDDLM.Fooji.com, for a chance to win a US$100 gift card to their local grocery retailer. Participating retailers, based on city, include: Los Angeles – El Super and SuperiorChicago – Cermak Fresh, Phoenix – Fry’s, Houston/Dallas – HEB NO PURCHASE NECESSARY. Sweepstakes began at 12 AM ET on 9/28/22 and ends at 11:59 PM ET on 11/3/22. Open to legal residents of Los Angeles, CA, Chicago, IL, Dallas, TX, Houston, TX or Phoenix, AZ who are 18 years or older at the time of registration/entry. Full rules and regulations can be found here.The limited-edition packaging is available now at select stores in 20oz, 2L bottles and 12 pack 12oz cans across Manzanita Sol, Pepsi Real Sugar, and Crush Orange, Grapefruit, and Strawberry products.

Daniel’s Jewelers, the 107-store California-based chain that primarily targets the Hispanic market, is opening its first stores on the East Coast. The company plans to open three stores in Miami next year. Those will be followed by additional stores near Tampa, Fla., and around Atlanta. Since 2015, the company has been slowly but surely expanding outside its home base of California. Its first expansion was into Arizona, followed by Nevada, then Houston and New Mexico. According to the brand’s CEO, the chain has been successful in targeting the Hispanic market because it has deep roots in the community. Daniel’s has been owned by Palladium Equity Partners, a private equity firm, since 2014. Currently, the company’s biggest sellers are lab-grown diamonds, which now comprise about half its diamond sales; Cuban chains; and heavy link chains.

Cardenas Markets has introduced two-hour same-day grocery delivery via Amazon, serving customers in the California communities of Indio, Pomona, Murrieta and Pittsburgh, as well as in Las Vegas. To celebrate the new offering, Cardenas and Amazon are offering a 15% off US$50 promotion for new customers. The new offering with Amazon demonstrates Cardenas Market’s robust e-commerce efforts, and in the coming months this offering will be available in more locations throughout its geographical footprint, according to Cardenas´ CMO Adam Salgado. Cardenas delivery is available through the Amazon.com shopping app or at www.amazon.com/cardenas for a flat delivery fee for Prime members. One of the largest Hispanic grocery chains in the country with stores in California, Nevada, and Arizona, Ontario, Calif.-based Cardenas operates 50-plus stores under the Cardenas Markets banner, seven stores under the Los Altos Ranch Markets banner, five stores under the Rio Ranch Markets banner and one store under Cardenas Ranch Markets banner. Seattle-based Amazon is No. 2 on The PG 100, Progressive Grocer’s 2022 list of the top food and consumables retailers in North America. 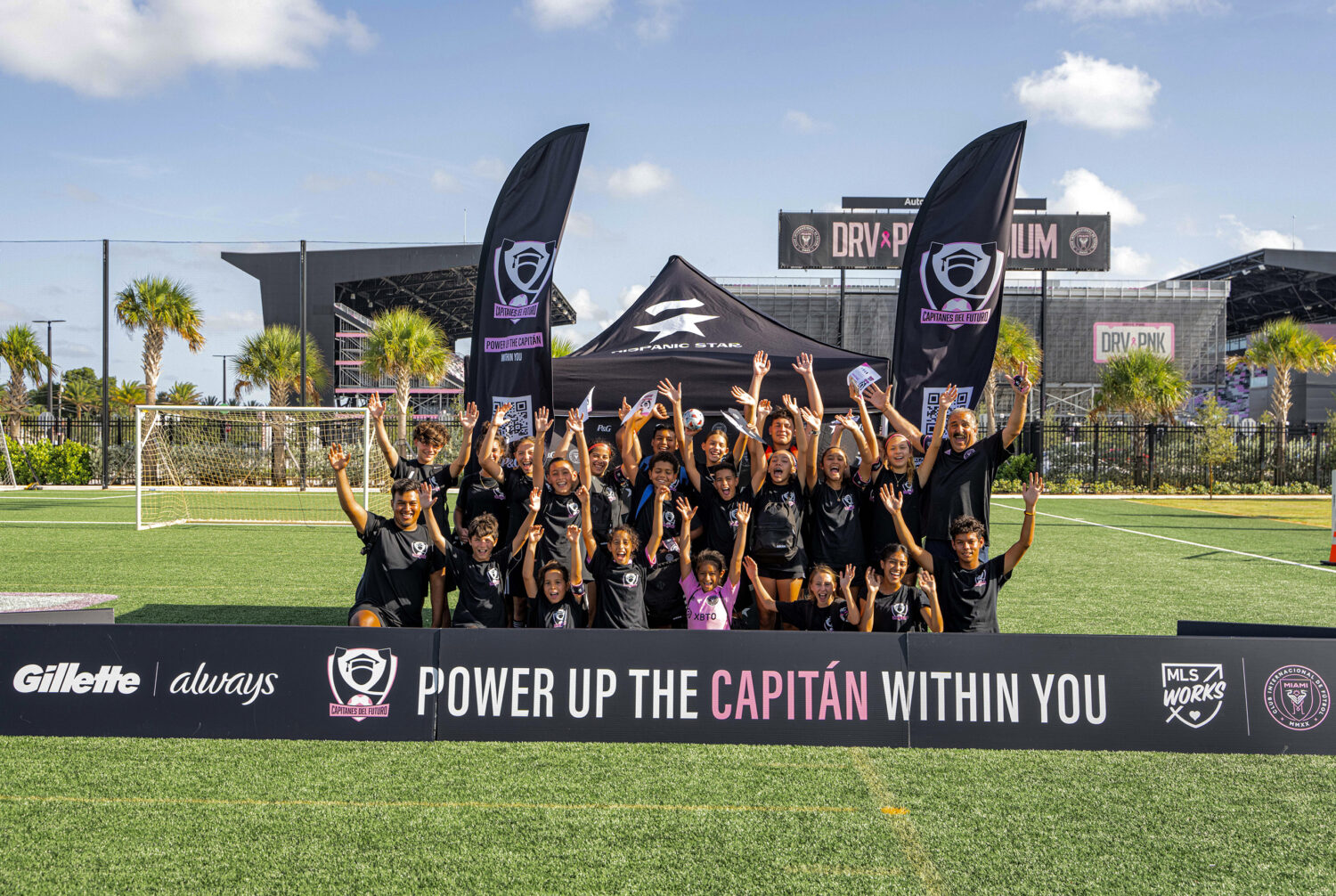 To bolster their longtime commitment to and deep support of the Hispanic community, trusted P&G brands such as Gillette, Always, Crest, and Oral-B are joining forces with Major League Soccer, Hispanic Star, and other stakeholders in the soccer ecosystem to launch Capitanes del Futuro, a unique program that harnesses the passion for soccer to prepare the next generation of Hispanic leaders. Parents, teachers, coaches and other mentors are encouraged to enroll Hispanic youth in the free Capitanes del Futuro program at: https://capitanesdelfuturo.org. Registration provides students with access to inspiring educational videos and a multi-year curriculum consisting of both physical and digital courses intended to develop promising young Hispanic students into the future leaders of America. Active participation in the program will also unlock access to scholarships, apprenticeships, internships and more. Many Hispanic youths don’t realize that for each MLS player on the field, there are 10-15 people behind the scenes, and those people represent exciting career opportunities. In partnership with Hispanic Star and six MLS clubs – Inter Miami CF, FC Cincinnati, Austin FC, Los Angeles Galaxy, New England Revolution, and most recently New York City FC – more than 150 Hispanic youth have already attended immersive Capitanes del Futuro events at MLS stadiums and training centers. Hispanic youth nationwide from marginalized neighborhoods were inspired by the wide breadth of career opportunities through workshops led by MLS club staff. These workshops, which provide behind-the-scenes perspectives on the social media, marketing, match day operations, business management, community relations, technical and other club departments were all filmed and will be available on the Capitanes del Futuro website and app. Along with the workshop videos, the Capitanes del Futuro digital library also includes inspiring videos in which legendary sportscaster Fernando “El Presidente” Fiore interviews top MLS players who share stories about their mentors and role models, including some stories which have never been shared before. In addition to inspiring content and resources from MLS, P&G is also connecting these students with other prominent players in the soccer ecosystem. For example, Televisa Univision joins as the lead media partner and will be producing virtual master classes to introduce students to different professional disciplines across their various media properties. Televisa Univision will also be working closely with P&G and Hispanic Star to craft other specific curriculum and plans to offer internships to some of the most engaged students in the Capitanes del Futuro program. P&G is very grateful for Televisa Univision’s support and welcomes other partners to join the effort. P&G will also be launching an app that includes gamified learning tools and additional resources for students. Parents, teachers, coaches and other mentors are encouraged to enroll Hispanic youth in the free Capitanes del Futuro program at: https://capitanesdelfuturo.org.