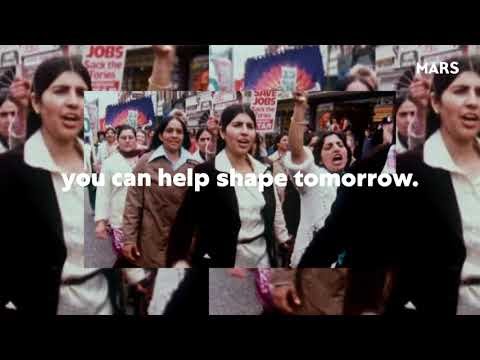 Mars, Incorporated launched #HereToBeHeard, a new global crowdsourcing campaign that elevates the voices of women from all intersections – including race, age, sexuality, religion and ability – to help shape a more inclusive business environment and create a world where all women can thrive. As part of the company’s Full Potential platform for action on gender equity in its workplaces, sourcing communities, and the marketplace, #HereToBeHeard asks women everywhere: “What needs to change so more women can reach their full potential?” The responses will inform the concrete actions Mars will take – both within its value chain and in broader society – to close the gender opportunity gap. To kick off the conversation, Emmy award-winning actress and host Tamera Mowry-Housley joins a roster of inspiring women influencers including Poppy Jamie, Hani Sidow, Helen Wu & Kellie Gerardi who will lend their experiences and invite women to share their voices and vision at beheard.mars.com. Currently, women make up 51 percent of the world’s population and could contribute us$28 trillion to the global GDP, and yet so often their voices go unheard. The initial phase of #HeretoBeHeard, where women’s voices will be collected, will run through March; after which the submissions will be analyzed by the Oxford Future of Marketing Initiative (FOMI) at Oxford University’s Saïd Business School. The results will be shared with the world in a study by Oxford this summer and will inform the action plans of Mars’ Full Potential platform, including policies Mars can implement and advocate for in its commitment to unlock opportunities for women. 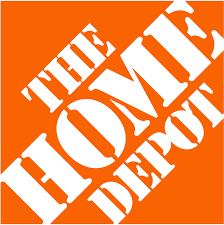 Cutwater Spirits, US cocktail brand., releases its “Cut Out With Cutwater” ad campaign with a TV commercial airing on game day, digital takeovers, and a social media series featuring actress Emily Hampshire, renowned for her role as Stevie Budd on Schitt’s Creek  and “longtime Cut Out enthusiast.” The campaign is all about cutting away from the daily routine and draws from the core values that have inspired Cutwater since the brand’s very beginning. The new 30-second “Cut Out” spot is Cutwater’s first-ever ad to run during the biggest football game of the year, and is now airing on TV channels including ESPN and CBS Sports, as well as social media. On Sunday February 7th, the ad will air in key regional markets on the west coast including Los Angeles, San Diego, San Francisco, Sacramento, Las Vegas, Phoenix and Seattle. There will be an accompanying national rollout on YouTube the following day (2/8).Cutwater is also partnering with actress and comedian Emily Hampshire of Schitt’s Creek, a self-proclaimed “longtime cut out enthusiast” in a lighthearted social media campaign which kicks off on Instagram and Twitter. While the TV commercial comes to life with lively outdoor “Cut Out” occasions, Emily will highlight her own hilarious at-home interpretations of the theme. The Cut Out campaign will run as Cutwater Spirits continues to innovate in 2021, offering new forms and flavors for enjoying an excellent cocktail anywhere. New releases include the expansion of tequila-based ready-to-drink offerings with a new fruit-forward margarita lineup and a series of frozen tequila pops. 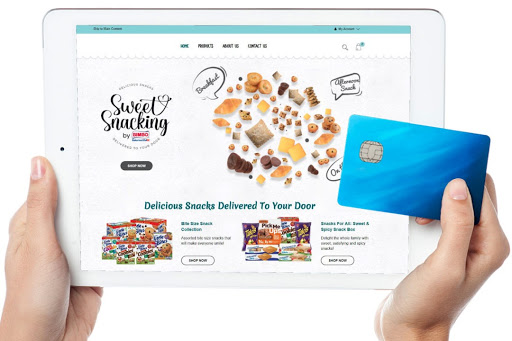 Bimbo Bakeries USA (BBU), a subsidiary of Mexican bakery giant Grupo Bimbo SAB de CV, has launched SweetSnacking.com, a new direct-to-consumer platform that allows consumers to have their favorite BBU brands shipped directly to their homes. According to Bimbo Bakeries USA (BBU),the coronavirus pandemic has created demand for products that may be shipped directly to consumers’ homes. SweetSnacking.com will seek to fill that need. BBU’s new service allows consumers to select from 10 pre-made boxes that offer a varied combination of the company’s brands, including Entenmann’s, Sara Lee, Thomas’ and Takis. Deliveries, which are shipped for free, are made directly to consumers’ homes for ease and convenience. Delivery is currently available to select ZIP codes. Bimbo reported strong performance in Q3 2020, driven by better-than-expected results from its Sweet Goods category, which offset the drag from impulse items like on-to-go foods due to the pandemic.

Cacique®, LLC – an independently owned Hispanic foods company and maker of the #1 brand of authentic Mexican-style cheeses, cremas, and chorizos in the U.S. – announced an addition to the company’s ownership group as part of a round of funding that will be used to accelerate the brand’s continued rapid growth nationwide. Boston-based investment manager The Baupost Group, LLC (“Baupost”) will take a minority stake in Cacique.Demand for Hispanic foods is exploding nationwide, and consumers are seeking authentic ingredients and high-quality products in this category. This investment is an important next step for the future of Cacique, and will support the company’s long-term growth strategy, as well as allow the company to meet the growing demand for its products. Using the proceeds, Cacique will expand production capacity, increase R&D to drive product innovation and continue to sustainably enhance its national presence. 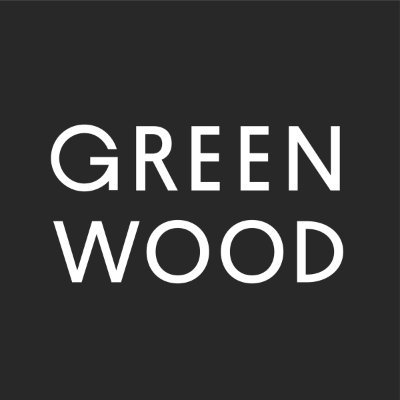 Greenwood, a digital banking platform for Black and Latino individuals and businesses, announced it has surpassed 500,000 sign-ups for its virtual banking services in just 100 days. In addition, Greenwood announced a donation to the Drum Major Institute, an organization co-founded by Rev. Dr. Martin Luther King, Jr. and dedicated to creating commonsense solutions to drive social progress for all American citizens. A contribution also will be presented to the Martin Luther King, Jr. Center for Nonviolent Social Change, an organization founded by Mrs. Coretta Scott King as the official living memorial of the life, work and legacy of Dr. King. Greenwood, a socially responsible banking platform, was founded by Civil Rights leader Andrew J. Young; rapper and activist Michael “Killer Mike” Render; and Ryan Glover, founder of the Bounce TV Network and other companies. Greenwood features best-in-class online banking services and innovative ways of giving back to Black and Latino causes and businesses. 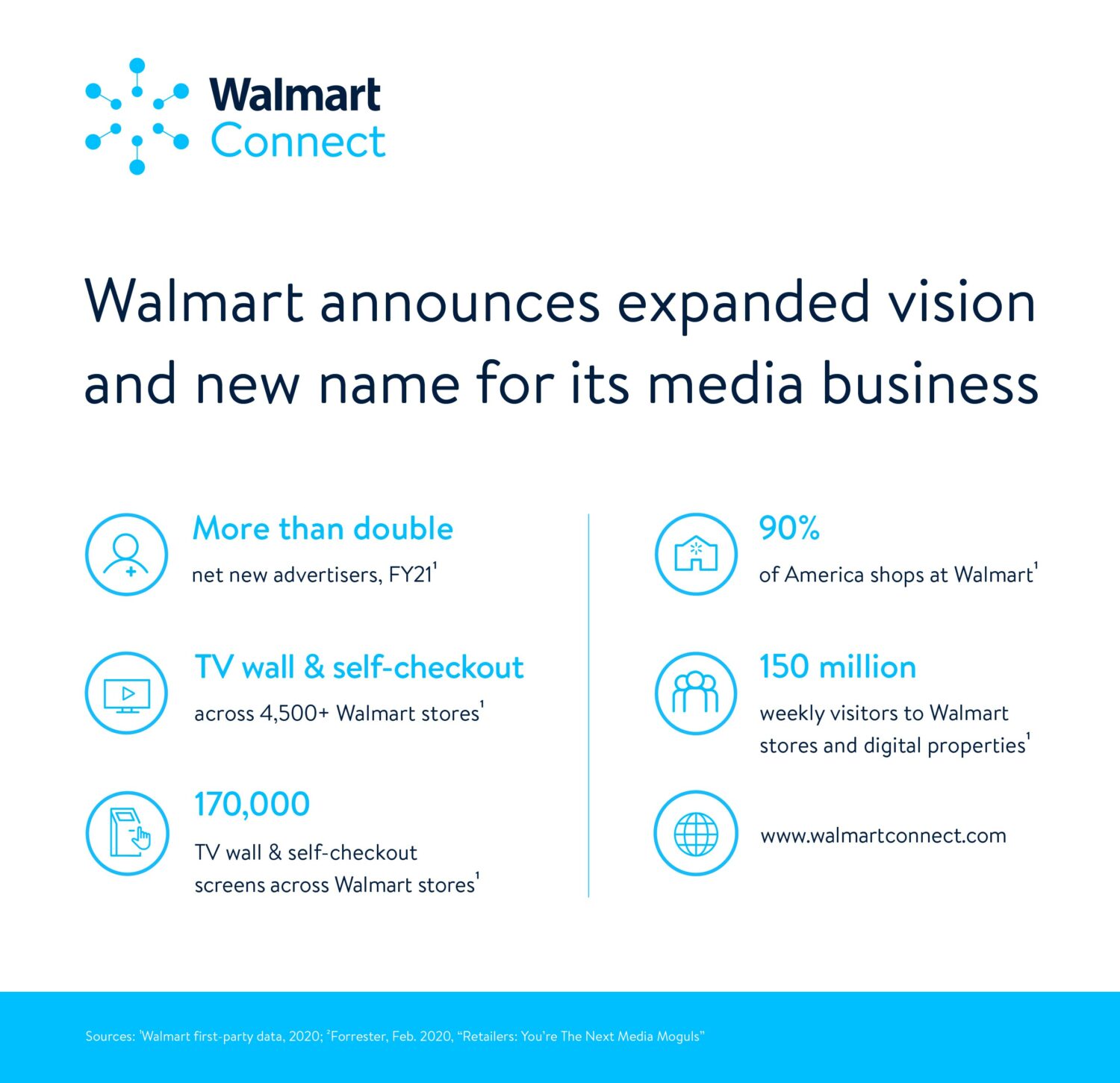 After doubling business last year, Walmart is planning to grow its digital media arm into one of the top-ten advertising platforms in the United States by joining digital with an in-store network of 170,000 screens, sampling, and even drive-in movies, mediapost reported. The company also renamed its media business, Walmart Connect, formerly known as Walmart Media Group. The new strategy is focused on ecommerce targeted ads as it attempts to fight off rivals like Amazon and Target. Ads from consumer products goods companies and other manufacturers will run on Walmart.com and the Walmart app to shoppers as they are purchased in real-time, using first-party shopper data from its website, payment systems and other in-store and online platforms. Walmart will give brands the opportunity to advertise on nearly 170,000 digital screens at self-checkout kiosks and on TV walls in more than 4,500 stores. 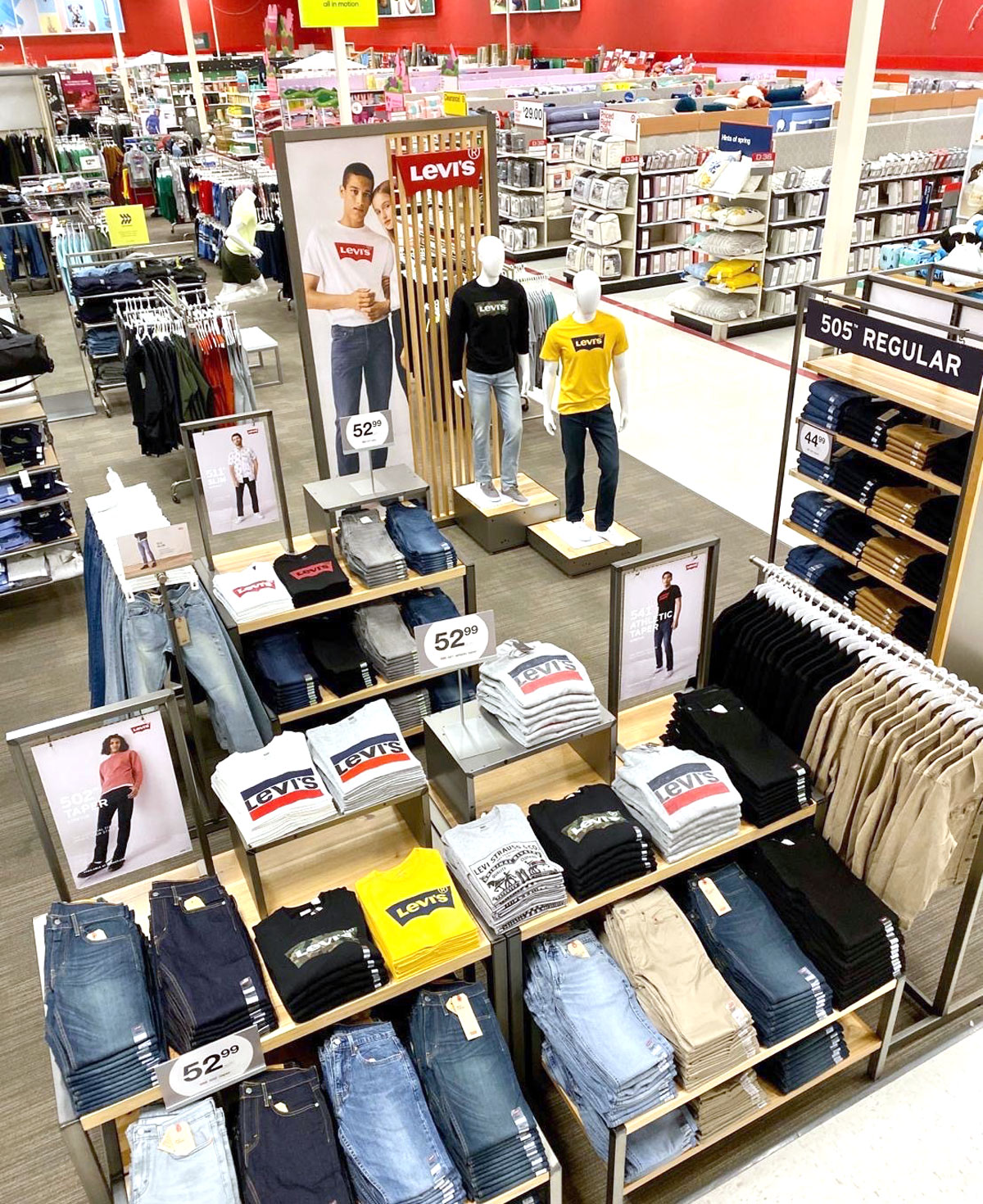 Target Corporation announced a limited-edition collection with Levi Strauss & Co., featuring an assortment of home and lifestyle items and marking Levi’s® first Home partnership. Reinventing what a retailer’s relationship with a national brand can represent, the Levi’s® for Target limited-edition Home collection builds on the decade-long partnership between the two iconic companies, which began with the introduction of the DENIZEN® from Levi’s® value denim brand, and expanded in 2019 with the introduction of Levi’s® Red Tab brand at Target. As part of the Red Tab expansion, Target is rolling out curated in-store displays to be set in 500 stores by Fall 2021.  The new Levi’s® for Target limited-edition collection launches Feb. 28, 2021. Available at Target.com and in most Target stores, the collection features thoughtfully-designed, durable pieces meant to inspire a more sustainable home and life.Levi’s® for Target includes more than 100 items and ranges in price from US$3-$150, with most items under US$25. The collection will be available at most Target stores and Target.com beginning Sunday, Feb. 28, while supplies last. In addition, the collection will be available via Target’s contactless same-day services, including Drive Up and Order Pickup. Mehreen Hussain,  Marketing Director, Inclusive Marketing at Target will be participating at Portada Live Collaborative Knowledge-Sharing Session: How to personalize at scale when targeting multicultural consumers next March 24th, 2021.

Sigo, an inclusive auto insurance provider focused on providing affordable access to underserved populations, has partnered with Mexico-based Saive to launch the Calles Seguras Initiative through the Sigo powered by Saive App, a free safe driving app now available to all drivers. Use of the mobile telematics solution, the first in the U.S. that’s natively in Spanish, allows users to review their driving behavior, become a safer driver, and earn rewards while doing so. According to Pew Research, Hispanics have accounted for more than half of the U.S. population growth since 2010. To better serve this segment of the population, and the growing number of Hispanic drivers, Sigo created a bi-lingual, tech-enabled solution to help customers with limited insurance histories get basic liability policies without having to visit a brick-and-mortar agency or pay extra fees. With the introduction of the Calles Seguras Initiative, the Hispanic population can now also continue to improve their driving skills, whether they are a Sigo customer or not. 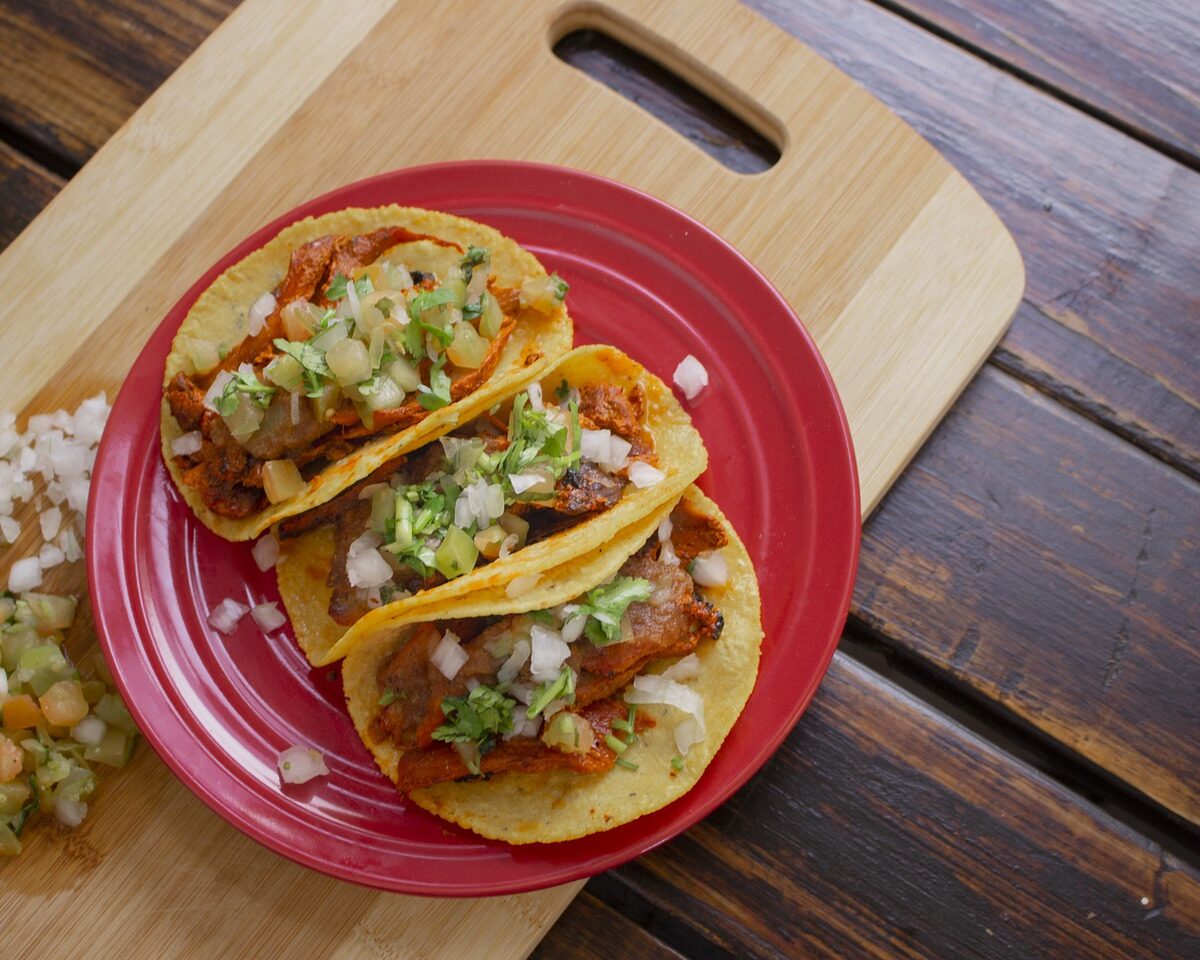 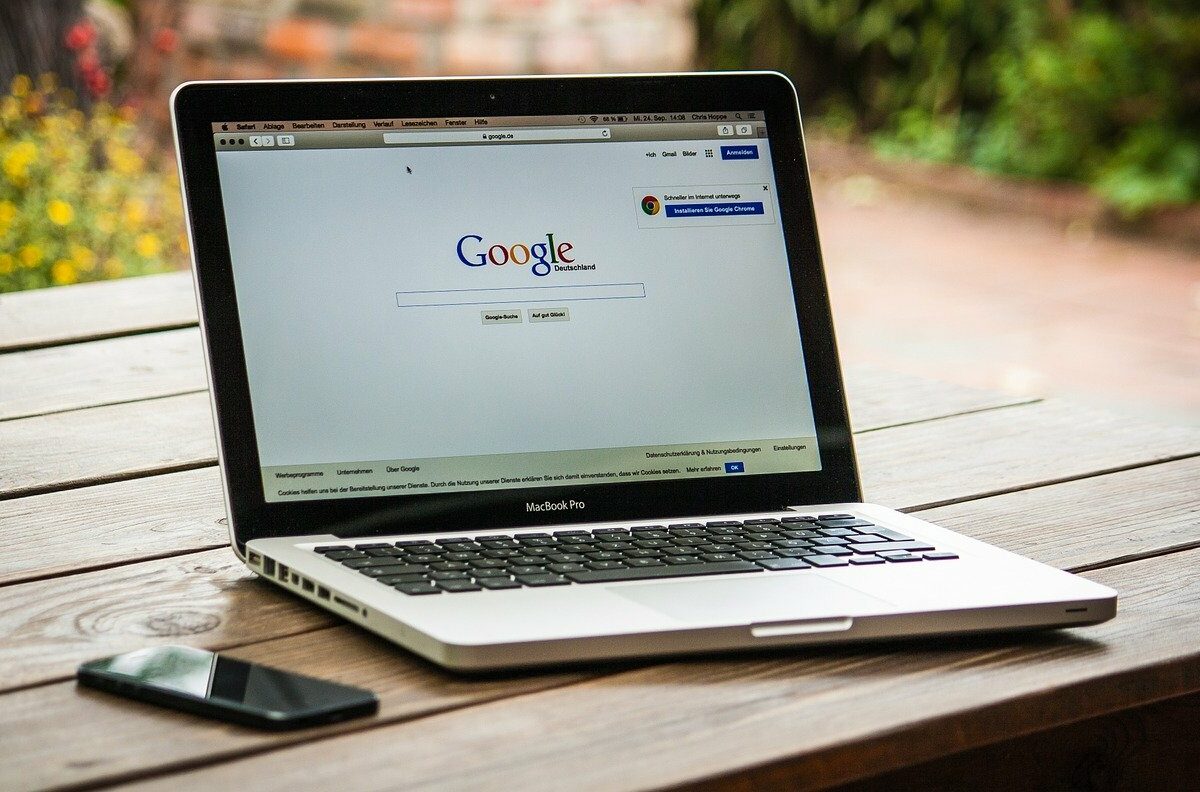 5 Golden Rules for Brands to Navigate the Post-Cookies Era