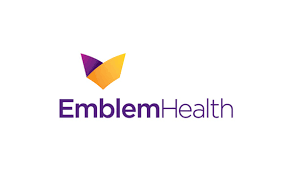 Emblem Health’s We Mean Health campaign features Jason Naylor, Sophia Yeshi, Perla Sanchez, KitKat Pecson, and partners Craig & Karl and other local artists. Their work is used to demonstrate EmblemHealth’s dedication to supporting the heart of its communities, by going beyond coverage to help NY get and stay healthy. VMLY&R brought this year’s campaign evolution to life across print, digital, audio and OOH that will be seen across NYC through the open enrolment season this Fall. “We Mean Health is more than a line, it’s the ethos that guides everything EmblemHealth does. They truly care about the health of the communities they cover,” says Wayne Best, CCO of VMLY&R NY. “And now more than ever, it’s important to get the message out there that you need to take care of yourself.”

Neiman Marcus announced the launch of its Fall 2022 campaign. The Live Your Luxury campaign went live on August 29, with digitally led content appearing online and in stores, supported simultaneously through email and social media. Titled Live Your Luxury, this brand new, company-wide endeavor encompasses all that it means to be proud of oneself–and purely at the moment. Inspired by Neiman Marcus’ customers’ desire for genuine expression it exemplifies that luxury is meant to be lived in–and loved–throughout the rhythms and the instances of the everyday. The campaign incorporates a 360° approach, inspiring discovery across advertising, in-store visuals, The Fall Book, events, digital content and videos. As a springboard for Neiman Marcus’ overall brand evolution; Live Your Luxury will serve as a strategic and creative platform for the brand. The campaign encourages Neiman Marcus customers to inhabit and move through life in a way that’s true to the individual, with assurance, boldness, eclecticism, radiance and purpose. Live Your Luxury answers a call for newness and singularity, giving customers permission (and power) to embody the term as they see fit. Style, nowadays, is about so much more than just the clothes and accessories one puts together; to live the way one wants—and to maintain optimism in doing so—is the truest luxury there is. “This campaign signals a reimagined perspective of luxury, which, ultimately, means something different and often very personal to the individual,” says Daz McColl, Chief Marketing Officer, Neiman Marcus. “It is not just about styles or trends–and the unspoken expectations that come with them. It’s about how you wear a piece or a look, when you wear it, why you wear it, and what it means to you. It is about imbuing luxury as a mindset and a prism within our daily paces–and embracing it all.”

As anticipation builds for the November kickoff of the FIFA World Cup 2022™ in Qatar, Coca-Cola is celebrating the passionate journey of football fans through the “Believing is Magic” global campaign. Coca Cola kicked off the integrated, digital-driven campaign, which will unfold over the coming months, by unveiling a suite of digital films capturing the full extent of fans’ devotion for their beloved teams. The spots show the outlandish promises many fans would make if their team could win the FIFA World Cup™—from getting a tattoo, to shaving their head, to running to work every day—while inviting viewers to share their own promises for possible inclusion in Coca-Cola packaging, digital content or outdoor creative.

The “Believing is Magic” campaign also will include: 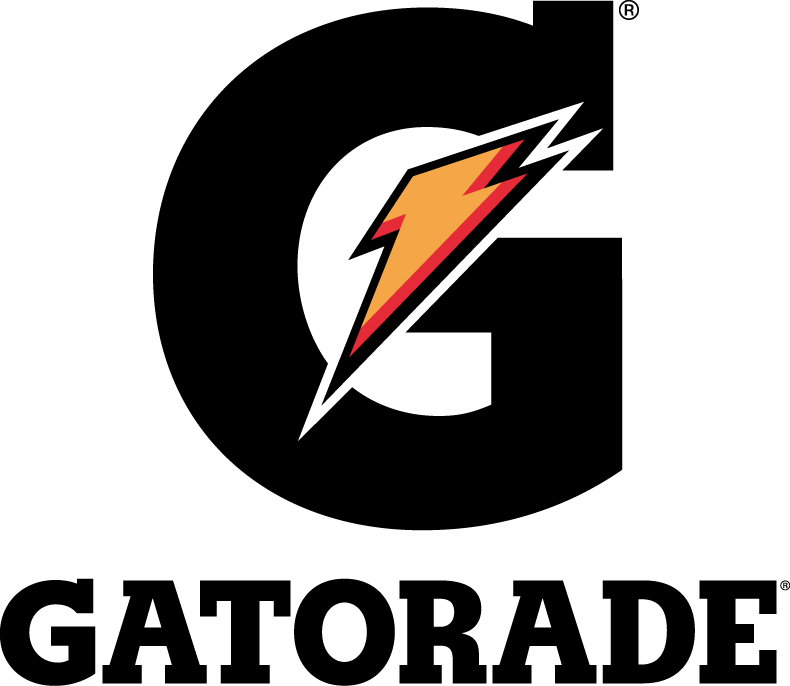 Gatorade is introducing a new energy drink. According to CNBC, Gatorade’s new Fast Twitch energy drink won’t be available to the public until February 2023. But it will be seen in a very high-profile setting this fall courtesy of the National Football League (NFL), which will make Fast Twitch available to its players on the sidelines through an exclusive partnership with Gatorade’s owner, PepsiCo. The public release in February, not coincidentally, aligns with the NFL’s biggest event, the Super Bowl. “Our expectation is this is a big bet launch,” notes Michael Del Pozzo, President and GM Gatorade Performance Portfolio, in Beverage Digest. “We would scale out similar to how you would see us scale one of our big launches on Gatorade or across our PepsiCo business. We anticipate scaling pretty quickly.”  Gatorade accounts for approximately a 70% share of the sports drink market, per Beverage Digest.

The California Milk Processor Board (CMPB) – creators of the got milk? campaign – is at the forefront of the cultural shift with a new marketing effort celebrating unfiltered realness on and off social media. California Milk Processor Board’s “get real” campaign aims to create stronger emotional bonds with Californians throughout the diverse state, with 40% of the media budget reaching Hispanic communities. The English- and Spanish-language music videos air statewide across CTV/ online video, digital audio and podcast streaming, social media, search, and digital out-of-home (OOH). The campaign also includes integrated media partnerships with custom content. The new “get real” integrated campaign, created by advertising agency GALLEGOS United, focuses on milk’s authenticity. The debut music video features actor and singer Diego Boneta (HBO Max’s “Father of the Bride”, Netflix’s “Luis Miguel: The Series”) who takes a lighthearted journey into what a more real world could look like when people are unapologetically themselves. The CMPB even pokes fun at itself, admitting it took 37 takes for Diego to perfect the iconic milk splash at the end of the video. The new campaign is launching just as real milk consumption in California is beginning to trend ahead of the rest of the United States for the first time, looking to continue the positive momentum that GALLEGOS United’s efforts have spark over the past few years. Yet just five years ago, as consumers were increasingly opting for alternative beverages, the state’s milk consumption was 3% lower than the rest of the country. That same year, 2017, the commodity board consolidated its advertising efforts and named GALLEGOS United its agency of record. Fueled in part by culturally attuned integrated campaigns, milk consumption in California has steadily increased. The marketing efforts are led by GALLEGOS United, along with public relations firm ROX United and digital agency CANVAS United. All three are part of the UNITED COLLECTIVE, an independently owned communications group.

Lionsgate Motion Picture Group has named Horizon Media its media agency of record for its theatrical and home entertainment business, Deadline reports. Horizon Media  will develop and execute innovative, creative media strategies, planning, buying, data, and analytics across all media channels. Horizon will be working on Lionsgate highly anticipated upcoming slate which includes John Wick: Chapter 4, Are You There God? It’s Me, Margaret, The Hunger Games: The Ballad of Songbirds and Snakes, and the next installment of Dirty Dancing.

Albizu University, an accredited educational institution with three locations in Puerto Rico and South Florida, revealed the inauguration of a large new annex on its South Florida campus. “With this new annex, we think about the broader impact Albizu will have on the community. We know the growth of Latinos in this area, we understand the growing need for services, and we look forward to continuing to provide these services,” Albizu’s newly appointed President, Dr. Nelson Soto tells Portada.  Albizu University’s marketing efforts are centered around online marketing, media relations, advertising, and social media on the major platforms. Their communications office is staffed by a team skilled in communicating to Hispanic and Latino markets through traditional, digital, and social media marketing. Beyond Puerto Rico and South Florida, the university attracts students from Central and South America and from the Caribbean. 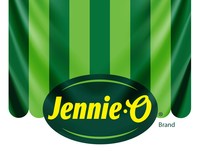 The Jennie-O® brand for turkey products, is launching its “Queen of Protein” campaign to showcase the protein that reigns supreme — turkey. Throughout the campaign, JENNIE-O® turkey rules the “Queendom of Protein” where turkey is the elite protein. The campaign personifies the fun that can accompany mealtimes — from celebrating daily life to special occasions — and encourages home cooks to win with turkey at every event from grilling to appetizers to meal prepping and more! JENNIE-O® turkey is more than just food, it’s the protein-rich fuel that elevates any situation. “This campaign represents our brand today in a fun and meaningful way,” said Nicole Behne, vice president of marketing at Jennie-O Turkey Store. “As a trusted provider of quality turkey and a source of expertise for many years, we help consumers elevate their meals, but we also enjoy the moment, celebrating everyday meals and special occasions alike.”

Featuring touches of the brand’s distinctive awning logo – now appearing as an unfurling regal flag – the campaign brings some very modern sensibilities to a royal court, exemplified in one spot based around a guillotine used to perfectly slice turkey pizza. All spots put the tasty dishes you can make with JENNIE-O Turkey front and centre, having fun with recipes like ‘badminton meatballs’ and ‘croquet taquitos.’  Additionally, the campaign launch comes with updated packaging and new recipes, like curried turkey tacos and southwestern sliders. For “Queen of Protein” recipes, go to JennieO.com/Live-Well/.

The soccer World Cup kicks off this November and Avocados From Mexico™ (AFM) and Takis®, the brand owned by Barcel USA the U.S. snack division of Grupo Bimbo,  are launching a new shopper marketing campaign, “Guackeepers Keep it Good,” helping fans bring the goodness of guac to their soccer viewing parties.The new “Guackeepers Keep it Good” promotional program includes in-store displays, consumer savings, digital engagement, and innovative recipe inspirations for fans, bringing the good times and good guac to life. Avocados from Mexico and Takis, the Mexican brand of rolled corn tortilla chips, are partnering to recruit two iconic soccer legends: Landon Donovan, one of the greatest American male players from the United States team, and Rafael Márquez, former Captain of the Mexico National team, described as the best defender in the team’s history, having played in five World Games soccer tournaments. The two will be the official “Guackeepers” by always bringing delicious guac made with Avocados From Mexico and Takis snacks to the party. And since nearly half of the world’s population (3.5 billion) watched the 2018 World Games matches, this is the perfect moment for AFM to make soccer celebrations #AlwaysGood. According to a study by research firm Numerator, there is a 1.8x basket increase when avocados and Takis snacks are purchased together. And, 2022 will be the first time the World Games will take place in the fall – which is a priority season for AFM, as the brand has majority share of the avocado category October – December, with a 9.1% growth in volume sales from 2018 – 20213 during this time frame. “What better way to celebrate soccer’s biggest event than with the good flavors of AFM and Takis snacks?” said Stephanie Bazan, Vice President of Shopper and Trade Marketing for Avocados From Mexico. “Our Guackeepers Keep it Good in-store merchandising strategy is designed to excite the soccer-obsessed and spark good times, elevating sales during this priority time period for our brand.”