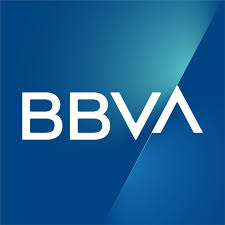 Kraft Heinz will continue with Starcom Worldwide for its U.S. media business after launching a global media agency review in March. This represents the biggest media pitch of the year, with U.S. billings alone totaling $578 million annually, according to comVergence. That’s about 85% of the client’s total  ad expenditures. This highly competitive pitch kicked off during the height of COVID-19 with holding companies Dentsu Aegis Network, Omnicom, and WPP all participating in the review.  The company will up its advertising visibility during the second half of the year, stated CEO MIguel Patricio. “The company plans to increase working media, what consumers actually see, by 30% in 2020 with even greater increases behind the brands that are the biggest drivers of our profitability,” he added.

Old Navy is showcasing a Lizzo tune in its back-to-school campaign and channeling the singer’s high-energy optimism. The creative, developed with The Martin Agency, transforms Lizzo’s popular song “Boys,” adding fashion-oriented lyrics, including “looks for history, and the class plays, cause gender norms are so passé.”  While the retailer uses her song, Lizzo herself is not featured in the ads. Instead, a Lizzo sound-alike female voiceover, Fritswa Baffour, provides the voice for the new lyrics. This year the company is highlighting a wider range of clothing and fashion in its back-to-school effort as students may be dressing differently if they’re schooling at home. The campaign is extended into October to give shoppers extra time to grab new merchandise.The media buy includes digital spots running on broadcast and video networks.

VisitPittsburgh is inviting people to visit Pittsburgh again. A new marketing campaign, “Rediscover Pittsburgh,” aims to drive visitation and encourage local and regional audiences to plan a weekday or weekend getaway  in Pittsburgh. Via social media, VisitPittsburgh has been highlighting the area’s three rivers, outdoor dining possibilities, museum visits and overnight lodging for those who need to take some time to relax during such a tumultuous year of the coronavirus pandemic. Tom Loftus, chief marketing officer, said he hopes this campaign will help the city heal from the financial losses it has experienced because of covid-19 and the lack of tourists. 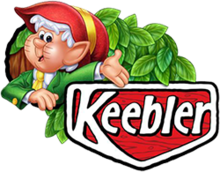 Cookie and former cracker manufacturer Keebler is launching a new campaign with the slogan “Made with Magic, Loved by Families,” Keebler’s new ads feature the brand’s longstanding animated mascot — cookie-making Ernie the Elf — as well as live-action shots of modern, multicultural families in their homes enjoying the brand’s signature sweets with updated packaging and more “real” ingredients. Keebler has increased its capital investments 35% in marketing and 41% in shopper programs while tripling its e-commerce marketing investment, the brand told Marketing Dive. The new campaign includes TV spots on ABC, CWTV, Fox, NBC, CBS, ESPN, MTV, A&E and streaming services like Hulu. It also features digital ads, digital couponing and in-store displays for retail. The brand will also test Ernie’s voice in an audio environment through Pandora. The initiative also includes a big social push using digital tactics like Instagram Lenses, Giphy Arcade and a beta test of shoppable Hulu video ads through a partnership with Walmart.
E-Marketing News - News You Can UseSales Leads
0