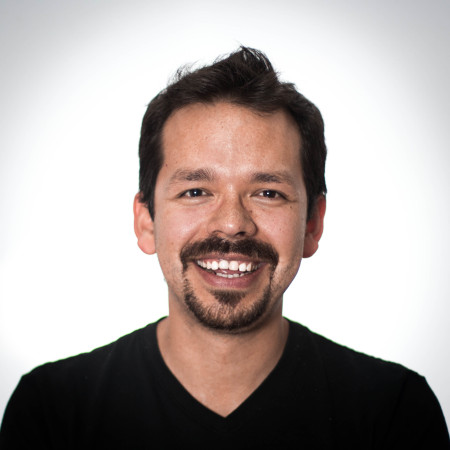 Portada interviewed Mexican entrepreneur César Salazar, Venture Partner of 500 Startups, as part of the #PortadaLat interview series. Our discussion with César Salazar joins those with LatAm Summit speakers Annika Blockstrand and  Caio del Manto, both of Mondelez, and Fernando Calderón of OCCMundial.

César Salazar’s emergence as one of Latin America’s outstanding entrepreneurs has meant a long journey and considerable effort, “after trying everything,” in his own words. This is an entrepreneur who “wanted to be a designer (or maybe an architect) when I was a kid – and I became both,” he tells Portada, and who hopes to be able to “transform pre-school education” in the long-term future, as well as helping “create several public companies that transform entire industries.” Below, César Salazar discusses his vision on startups in Latin America, his own history as an entrepreneur, as well as some challenging advice for businesses and entrepreneurs in Latin America:

Portada: How did you come to do what you do?

César Salazar: I became an investor after trying everything, but mainly through being an entrepreneur. For a little less than 10 years I was a technology entrepreneur; then I jumped to the other side of the fence when I saw that in my country, despite enormous opportunities, there was little access to capital.

I was born and raised in a suburb of Mexico City, but in recent years I have done a lot of traveling, so I’ve had the chance to see everything. I wanted to be a designer (or maybe an architect) when I was a kid – and I became both. During my years as an entrepreneur I specialized in product design, and graphic interfaces and experience.

Portada: What was the process involved in creating Mexican.VC?

César Salazar: It was a spontaneous process. David Weekly, one of the founding partners, had the idea during a visit to Mexico. His observation was that there were very talented entrepreneurs, products that solved some big, genuine problems – but very little capital. A few weeks later we took on the task of bringing together a little capital in Silicon Valley, and we started to look for companies to invest in.

In reality we didn’t know what we were doing. I think that if we had known how hard venture capital is, we wouldn’t have tried it.

Portada: What was the process for acquiring Mexican.VC? What was the decision that led to the move to sell the company?

César Salazar: When we created Mexican.VC, one of the first people to find out about it was Dave McClure. We knew that if anyone would trust our vision of bringing venture capital to a little-understood market, it would be him. So that’s how we got 500 Startups to be an investor in that first fund. A year later we sat down to talk, and two things became clear:

The final touch was that we shared the same entrepreneur-friendly culture and are all hands-on people. I think 500 is the best place to learn how to do venture capital.

Portada: Do you enjoy your work? What are the things you like the most, and the least?

César Salazar: I love it. I see myself doing this for at least 10 or 15 more years. What I like the most is learning about different industries every day, through the entrepreneurs we work with; it’s the best business school there could ever be. What I like the least, or let’s say what wears me down the most, is dealing with most people’s pessimism. Every day I find myself talking with people who avoid opportunities because they’re unwilling to risk their time, money or reputation.

Portada: How would you define what a Latin American company needs to have in order to invest in it?

César Salazar: For me, it’s important that they are solving a real problem, and that it’s a problem faced by a large number of people or businesses. I love working with entrepreneurs who have goals going beyond 10 years, although it’s hard to find them. I also believe the most important thing is that they be able to attract talent and capital; that is, the resources needed to grow the business.

For me, it’s important that they are solving a real problem, and that it’s a problem faced by a large number of people or businesses

Portada: What would be your main advice for global investors setting their sights on Latin startups?

César Salazar: I think they have to look for high-growth areas, leave prejudices at home, and bet on the long run.

Portada: What do you think makes 500 Startups different from existing sources of financing in Latin America?

César Salazar: I think the first thing that makes us different is the speed at which we’re moving. Over the past 20 months we’ve made more than 70 investments in Latin American companies. The second is our focus on forming an entrepreneurial community; we think our job is to bring the best together and help them form their own global support network. The third, I suppose, would be our focus on marketing and distribution for transactional businesses. Our accelerator program tends to be more useful the more traction a company has in terms of clients and sales.

Our speed makes us different

César Salazar: Do you think Latin America’s startup market is going to grow? What should people be betting on specifically?

César Salazar: Of course. In countries like Mexico activity has doubled each year for the past four years, and I think that trend will continue for several more years. The up and coming generation has a lot more disposable resources to invest, while less and less intend to work as part of a corporation.

Portada: What are your hopes for this year? And for the long-term future?

César Salazar: I hope we’ll finish the year with at least 20 well-capitalized companies that are clearly growing, and that we begin to grasp their true impact and return potential.
Over the long term I hope to have helped create several public companies that transform entire industries. After that, I would like to return to the role of founder, and what I would most like to transform is pre-school education for the masses.

César Salazar is a Venture Partner at 500 Startups’. He is in charge of investments in Latin America (Spanish-speaking companies), and helped consolidate Hackspedition, Startup Dojo and SuperHappyDevHouse in Mexico. 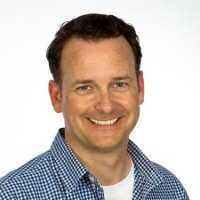