Portada interviewed Alberto Pardo, CEO of AdsMovil, about the company’s status after its agreement with Millennial Media and the creation of Millennial Media Exchange (MMX), following Millenial Media’s partnership with AppNexus. Pardo also talked to us about the state of mobile advertising in Latin America, particularly in Mexico.

Portada: What is your business arrangement with Millennial Media?

Alberto Pardo: Adsmovil has a strategic alliance with Millennial Media to market their inventory, coupled with their technology support, in all countries of Latin America.

Portada: What does each side bring to the table?

Alberto Pardo: Millennial brings six years of experience in the most developed mobile industry in the world, along with its inventory, agreements with its own publishers, and technology. We bring our local knowledge and sales in each country [in the region].

Portada: Which brands are you bringing these advertising solutions to in Latin America?

Portada: And in Mexico?

Portada: What is the state of mobile advertising development in Latin America, and in Mexico in particular?

Alberto Pardo: It is currently in full growth. 2013 has been a defining year for the industry, as several brands are starting to see mobile as an essential communications tool. Mexico is the most developed market in Latin America, ahead of Brazil and Argentina. In Mexico, there is wide acceptance of our products and we will continue to invest very strongly there, because Mexico is, without a doubt, the largest market in the region.

Mexico is the most developed market in LatAm for mobile advertising. More than Brazil and Argentina.

Portada: How does the U.S. Hispanic market compare? Or are they completely different markets?

Alberto Pardo: They are very different markets, as [overall] smartphone penetration in the United States is 60% – and 49% among Hispanics – whereas in Mexico, the figure is 30-32%. Data consumption and smartphone use varies greatly between the U.S. and Latin America, because in the United States, mobiles are also used to make purchases, while in Latin America everything related to m-commerce is very recent and still in its infancy.

The U.S. Hispanic and LatAm mobile markets are very different

Portada: What strategies do you recommended for creating pan-regional mobile advertising campaigns?

Alberto Pardo: Although one has to think regionally when creating pan-regional campaigns, communications should be adapted to each market, taking into account each country’s peculiarities.

Portada: What are Adsmovil’s plans for 2014?

Alberto Pardo: In 2014, we want to consolidate [our foothold] in Mexico, Brazil, and the United States.

Portada: How will AdsMovil’s inventory in Latin America be represented in the new ad network?

Alberto Pardo: Our inventory will be represented in the form of audiences, using our coverage in the region.

Portada:  In what USH ad-exchanges is Adsmovil’ inventory represented?

Portada: How important are ad exchanges for AdsMovil sales?

Alberto Pardo: Very important, since much of our inventory in Latin America is received through exchanges.

Portada: There are still many barriers in the development of mobile advertising ad exchanges (standardization, etc.). How do you see this changing in time?

Alberto Pardo: There are many barriers. The main one is publishers’ lack of knowledge in this area, and the other is the short supply of exchanges in the region. Surely this will change as the business develops and continues to grow. Personally, I feel that publishers continue to think in terms of online, rather than mobile. The same holds true for many brands, which still view mobile as an emerging medium. This trend will be reversed in the coming years, since brands are starting to venture into mobile, albeit still slowly.

Personally, I feel that publishers continue to think in terms of online, rather than mobile

Alberto Pardo has 15 years of experience in the Internet, Internet marketing, e-commerce and online advertising fields. He is the founder and Chief Executive Officer (CEO) of AdsMovil, a Latin America and the U.S. Hispanic market mobile advertising network owned by Cisneros Interactive. Pardo is also founder and current President of the Colombia Chamber of Electronic Commerce. 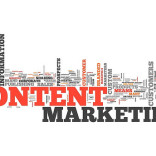