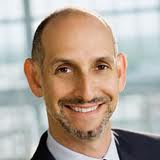 According to Denisse Guerra, Regional Marketing Director for Latin America at The Estée Lauder Companies Inc., “banners are a thing of the past, and now brands are looking for ways to engage, which makes much more sense in today’s consumer environment. For that reason, it has been very im

portant for brands to develop native ads, editorial integration and that kind of communication since ad blocking is more and more of a danger to them. It’s also an opportunity to be much more creative with our content.”

Diego Reck, SVP and Chief Marketing Officer at FOX International Channels Latin America, has a similar opinion, indicating that “one of the most noticeable trends in the marketing and advertising industry in 2015 was a more organic integration of  brands into agnostic content for each platform.”

The same trend was observed with respect to audiovisual content.

According to Martín Frontini, Managing Director Latam & US Hispanics at MCN Zoomin.TV, “native advertising like ad-hoc web series for advertisers, product placement and branded content are formats that have begun to win a significant share of any advertising budget.”

Finally, as much as social networks are an entity in themselves, what is true is that they tend to be included in content marketing strategies. As Denisse Guerra indicated, “there is no doubt that companies’ social network and CRM campaigns have been the most relevant in 2015. The development of advertising campaigns that are 100% focused on social networks and brands’ e-commerce traffic are what have grown the most in the advertising industry this year.”

Native advertising like ad-hoc web series for advertisers, product placement and branded content are formats that have begun to win a significant share of any advertising budget.

Eugenia Denari, Director of Marketing at Google in Argentina, Chile and Perú, stated that “without a doubt, mobile was a huge protagonist this year.”

And  Jeremy Piotraut, Managing Director at Teads.tv Cono Sur, expressed that “today, users spend more and more time on mobile than in front of the television or other devices.”

Everything indicates that mobile marketing, as much as it was one of 2015’s trends, is here to stay.

In the words of Martín Jones, Multibrand Digital Manager at L’Oréal: “Today, everything is about sta

rting with mobile: geolocalization and transactional experiences are the motor for a deepening presence in the mobile world.”

As Jeremy Piotraut reminded us, “while television is still an important media outlet, laptops and smartphones now surpass them in consumption time.”

John Mafoutsis, SVP for Advertising Sales and Brand Solutions at Viacom International Media Networks Américas noticed a similar trend, stating: “In 2015 we saw the way that the consumer finds his or her favorite content  not just on linear television, but on multiple platforms. thanks to this evolution, advertisers have seen the benefit of offering a combination of paid TV with digital, mobile and live media as a part of a media ‘mix’.”

Martín Jones also sustains that “the video ad forms part of the agenda of any advertiser as an extension of his or her TV campaign, but more than anything for productions that are designed for the digital world (at a lower cost than that of generating a larger volume of content).”

According to Martín Frontini, “without a doubt, there has been an explosion of new formats and advertising channels with the rise of Youtubers, influencers and talents that reach the millennial cluster that is so coveted by brands. In this sense, there is an infinite amount of companies trying to group personalities and channels together with a captive audience that permits the brand to complement its traditional presence in the media, offline as much as online.”

Finally, Eugenia Denari commented, “In 2015, our most important project was to work on speaking to the multi-screen consumer that is constantly interacting with different devices. Our focus was on helping to generate even more integral and effective marketing strategies for new forms of consumption.”

According to Carlos Espíndola, Head of Latin America Digital Center  at 3M, “the most noteworthy aspect of 2015 was

the adoption of programmatic buying for many advertisers, which continues to be an under-used practice, but which still helped to impact the right audiences and also prioritize the issue of where advertising money is invested. There is still much work to be done, but it is important for us to continue to communicate, evangelize and train technical market teams to understand the impact that this can have on not only audiences but also the efficiency of investments, not only digitally, but also on TV.”

Similarly, Borja Beneyto, VP & Digital Regional Director in Latin America for Starcom MediaVest Group, commented that 2015 “was the year in which disciplines like programmatic buying were implemented, and in which we saw the appearance of new commercial data models oriented towards performance marketing.”

These were the most important trends of 2015 according to those we interviewed. Soon, we will be previewing 2016 with a look at everything those in the advertising industry should keep in mind in the new year.