RESEARCH: Star Wars Propels Disney’s to Most Powerful Brand, Apple is Most Valuable

What: Disney is the world’s most powerful brand, measured on brand strength, thanks to Star Wars’ record-breaking success, according to Brand Finance, which just released its 2016 ranking. Despite slowing sales, Apple is the world’s most valuable brand, up 14% to US$145.9 billion.
Why it matters: Shares of strongest brands, 4 of which are Chinese, tend to outperform the S&P 500 average. This shows what a substantial effect effective marketing can have on brand and shareholder value.

Every year, brand valuation and strategy consultancy Brand Finance puts thousands of the world’s top brands to the test. They are evaluated to determine which are the most powerful (based on factors such familiarity, loyalty, promotion, marketing investment, staff satisfaction and corporate reputation) and which are most valuable and ranked to form the Brand Finance Global 500.

The World’s Most Powerful Brands (Top 10)

Disney is the world’s most powerful brand. Disney’s strength is founded on its rich history and original creations, however its now dominant position is the result of its many acquisitions and the powerful brands it has brought under its control. ESPN, Pixar, The Muppets and Marvel are all now Disney owned, but perhaps its most important acquisition of all has been Lucasfilm, and thus Star Wars.

Star Wars Episode VII ‘The Force Awakens’ has broken countless box office records, becoming the fastest to take US$1 billion, enjoying the most successful opening weekend ($529 million) and based on its total box office gross of nearly US$2 billion is Disney’s most successful film ever. Meanwhile Star Wars toys have generated over US$700 million.

Brand Finance has estimated the value of the Star Wars brand to be US$10 billion, dwarfing the US$4.05 billion Disney paid for Lucasfilm in 2012. Though this might suggest that Disney engineered a very favourable deal, it has undoubtedly contributed to the growth of the Star Wars brand. Disney is managing to exploit the Star Wars concept both rapidly and sensitively, a difficult feat to pull off. Disney styles itself as ‘the happiest place on Earth’. That has proved true not just for its customers but for investors too.

Lego has lost its position at the top of the table. Though it remains a very powerful brand and retains its AAA+ brand rating, the Danish company has been beset by a series of controversies of late which threaten to affect its wholesome image. It has been fined by German regulators for attempting to prevent retailers from discounting its products. It was also accused of colluding in censorship for trying to prevent dissident Chinese artist Ai Wei Wei from using Lego in his work. Lego has since reversed its policy of restricting purchases to be used for political ends following widespread condemnation (including from Ai Wei Wei himself).

Brand strength/power is only the initial part of Brand Finance’s analysis however. Using its Brand Strength Index assessment, BrandFinance determines a royalty rate for each brand, which is then applied to revenue information to calculate the brand’s value.

The World’s Most Valuable Brands (Top 10)

Apple Not Rotten Yet

In terms of brand value, Apple comes out on top. Apple has maintained its dominance at the summit of the Brand Finance Global 500.Brand value is up 14%, thanks to the huge success of the iPhone 6 and recently released iPhone 6s. Revenue for Q4 of the fiscal year 2015 was a record-breaking US$51.5 billion with profits at US$11.1 billion while revenues for the year were US$233.7 billion. This huge surge is partly responsible for recent disappointing sales growth (the slowest since the iPhone was launched in 2007). However with 74.8 million handsets sold in the last quarter in a saturated market, assertions that Apple has gone rotten are premature. Apple Pay is beginning to generate traction, potentially heralding the brand’s long-anticipated expansion into the broader arena of financial services, to say nothing of its rumoured foray into the auto industry.

Chinese firms are among the top performing from any sector; four of the top ten are Chinese including all four of the top performing brands. WeChat is a good example. Its user base grew over 40% between late 2014 and late 2015 and is now over 650 million, with 70 million outside China. It is often compared to the more familiar (at least in the West) Whatsapp. However WeChat is much more than a messaging app and offers video-gaming and payment services. Brand value is up 83% to US$6.5 billion. Evergrande Real is the fastest growing brand this year, having added 112% to its brand value between 2015 and 2016. While the continued rapid growth of Chinese firms is to be welcomed and lauded, the presence of a real estate brand at the top of the list could be grist to the mill of those claiming that China’s property market is overheated and its economy as a whole set for a shock.

Volkswagen is also amongst this year’s worst performing brands. This may come as little surprise given the scale of the scandal that has engulfed the brand, following revelations that it programmed its diesel vehicles to activate their optimal emission-reduction settings only when being tested and that, driven under normal conditions, they would emit up to 40 times the more nitrogen oxide. In December BrandFinance estimated that VW may see brand value fall by as much as $10 billion. In fact the affair has turned out to be even more damaging than that. Brand value is down by US$12 billion to US$18.9 billion leading to a fall in rank from 17th to 56th.

most valuable brands and the subsequent stock market performance of the businesses that own them, revealing compelling evidence to suggest that highly branded businesses and those with strong brands can outperform the market.

Between 2007 and 2015, the average return across the S&P was 49%. However by using Brand Finance’s data, investors could have generated returns of up to 97%. Investing in companies with a brand value to enterprise value (BV/EV) ratio of greater than 30% would have generated returns of 94%. Investing exclusively in the 10 companies with the highest BV/EV ratios would have resulted in a 97% return.

115 of the top 500 brand in the 2016 list fall into this category. The group includes luxury goods businesses that one might expect to be highly branded such as Burberry, Gucci and Ralph Lauren, well-known consumer brands such as Audi, Land Rover, Dove, Ikea and Nestle, but also financial and B2B brands such as Shinhan, Fujitsu and Allstate. It will be interesting to see whether these brands deliver similarly impressive investor returns over the coming years.

Three Indicators that Show Why Yahoo! Mexico and Argentina Had to Shut Down 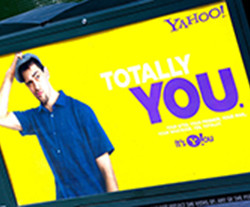