Dallas-based Daisy Brand is not new in the business of buying Hispanic media. In fact, the family-owned dairy producer has been buying Hispanic television for quite some time. The difference now, says Craig Ziemkiewicz, senior brand manager at Daisy Brand, is that they now know what their TV buy actually delivers. “We are now able to track Hispanic buyers who watch general market TV, so we capture the viewing habits in a more holistic and complete way,” says Ziemkiewicz, who worked in tandem with the Latinum Network to better understand why the Daisy Brand was underserved with the Hispanic consumer and how to change that.

Latinum, says Ziemkiewicz, provided Daisy Brand with research, insights and best practices derived from its network of companies and that, in turn, helped the dairy producer identify strengths and weaknesses of its marketing strategy and understand how it would benefit from a total market approach. “That level of accurately tracking TV spillover watching is not possible with a traditional approach,” Ziemkiewicz explains.

“Companies used to have a general-market strategy, then, in isolation, an ethnic one. That is expensive and ineffective,” adds Michael Klein (left), co-founder and managing partner of Latinum Network, which last month launched Latinum Total Market, a business solution that aims to help brands tap into “the power of multicultural consumers” through an integrated approach.

Using a total approach only makes more sense when looking at the numbers behind the so-called multicultural market, which represents over 50% of the total market and is becoming the greatest growth opportunity for brands. What’s more, multicultural consumers represent over 70% of total spending increases in the U.S. over the past 10 years. “We need a strategy to market to a multicultural nation, rather than just a Hispanic one or an African-American one,” says Klein.

Among the brands already embracing this approach, says Klein, are several blue chip marketers, including P&G, General Mills and McDonald’s, but also smaller players like the NBA, which he says has been very progressive in its approach to cater to the bicultural, bilingual Latino, using an add featuring an English-speaking Latino on mainstream television, for example, to capture the non-Spanish dominant Latino basketball fan.

While Latinum does not analyze before-versus-after data, Klein says clients are reporting “great ROI response,”  from embracing a total market approach. Does this means ethnic agencies will soon be a thing of the past? “Not at all,” he says. “Brands need to look at the overall market, but then develop a brand strategy that looks at the whole complexity of the market.” 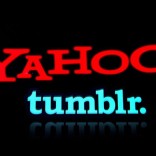 Hispanics are heavy Tumblr users, but will Yahoo! be able to monetize?