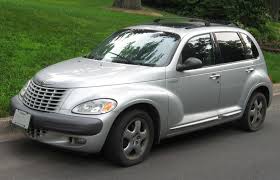 What? Chrysler is moving its creative account in Mexico to U.S. Hispanic agency Richards/Lerma after a pitch. Media will continue to be run by UM.
Why it matters: It is an unusual move. Mexican agencies have done work for U.S. Hispanic oriented brands, but it is very unusual for agencies specialized in the U.S. Hispanic market to cater to Mexico based clients.

After a pitch in Mexico City,  Dallas based US Hispanic ad agency Richards/Lerma (part of the Richards Group) won the Chrysler de Mexico account.   Richards/Lerma pitched against Y&R, Oveja Negra Lowe , Publicis Groupe’s Marcel and local shop Made. The incumbent, Leo Burnett, decided not to participate. Media, handled by UM, wasn’t part of the review. All five agencies were given the same assignment: to show how they would launch the all-new Jeep Cherokee.

The Richards Group already handles Chrysler’s Ram truck in the U.S., and Richards/Lerma took on the Ram business in Mexico two years ago, setting up a small 10-person satellite office in Mexico City, according to Ad age.

Ricards/Lerma will be handling Dodge, Jeep and Ram brands.  The Ram business Richards/Lerma already handles accounts for about 17% of the total  of US$ 30 million.

Apart from the economic significance of  Richards/Lerma’s apppointment, having a U.S. based Hispanic agency handling the Mexico business of a major brand is quite unusual.  In fact, the opposite (Mexican agencies doing U.S. Hispanic work) has been frequent. Last year Tecate and Tecate Light  consolidated all its advertising with Mexico-based Olabuenaga Chemistri, although earlier this year Tecate chose Inspire! for work related to reaching out to second generation Hispanics.  When Tecate moved most of its business to Mexico U.S. Hispanic shops feared other marketers would also take their business elsewhere, mostly motivated by a cost-cutting mandate. Well, it seems that now U.S. Hispanic marketing agencies can see the other side of the coin. They may  sense opportunities in the Mexican market.

OUR VIEW / What is it about blogging?