What: The importance of taking advantage of the Super Bowl to reach Hispanic audiences is increasing. While many brands chose to reach Hispanics over the English-language CBS cast. ESPN Deportes, the rights holder for yesterday’s Spanish-language cast said that 30 advertisers signed on for national ad buys.
Why It Matters: The Super Bowl represents one of the largest advertising investments for brands, and there is a captive Hispanic audience waiting to be reached. Brands are hoping not to lose this opportunity to take advantage of the event’s visibility.

While soccer may be the most popular sport for Latin audiences, there are more and more Hispanics interested in the NFL, and 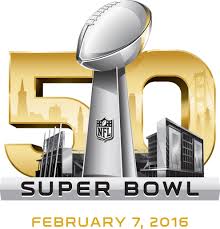 brands know it. To take advantage of this potential market, agencies are using the Super Bowl platform to generate campaigns.

The NFL is making an increasing effort to connect with the Hispanic market.

“The NFL is increasing efforts to connect with the Hispanic market,” says Jorge Villalobos, general director of Sports Marketing Monterrey, a sports marketing agency. This is achieved not only through creating a Spanish-language site, but also through other specific actions like that of the Dallas Cowboys, who create a halftime show specifically for its Hispanic fans.

A formula designed to promote Advertising

American football was created through a formula that was designed to promote advertising. For decades, the Super Bowl halftime has represented the largest investment for some TV advertisements budgets. This year the franchise will break new records, as 30 seconds of ad space will cost $5 million.

But getting an ad into the Super Bowl doesn’t always have to mean  spending that much, says Villalobos. More and more brands are using digital networks or promotions in stores and supermarkets. “We see more brands doing pre-launches of their Super Bowl spots on social media as well.”

The NFL is making an increasing effort to connect with the Hispanic market.

“What you do is take advantage of the fans before the event,” says Arturo Caro, Care/Client Service Director of the agency Mirum Mexico.

To attract the Mexican market on these campaigns, Caro recommends nationalizing, or localizing, the advertising so that the local spectator identifies with the event, and that agencies stop thinking about the Super Bowl as purely American. The best way to do this is through digital platforms. “Thanks to digitalization of conversations, it’s possible to connect with a larger audience,” says Caro.

This same connectivity will mean that the audience is not only concentrated on what happens on TV, but also what happens on Twitter, Facebook and Snapchat, posting in real time, and this is where brands need to enter the equation. The most important thing about getting on the Super Bowl wave is not forgetting that “you have to stay relevant; you can’t just get your ad in there just to say you did it,” says Caro.

You can’t just get your ad in there to say you did it.

The common theme is already there, and so is the Hispanic audience. Now, what’s missing are creative strategies to start the conversation and maintain the audience’s attention. “You have to work the market to generate a real emotional connection,” says Villalobos.