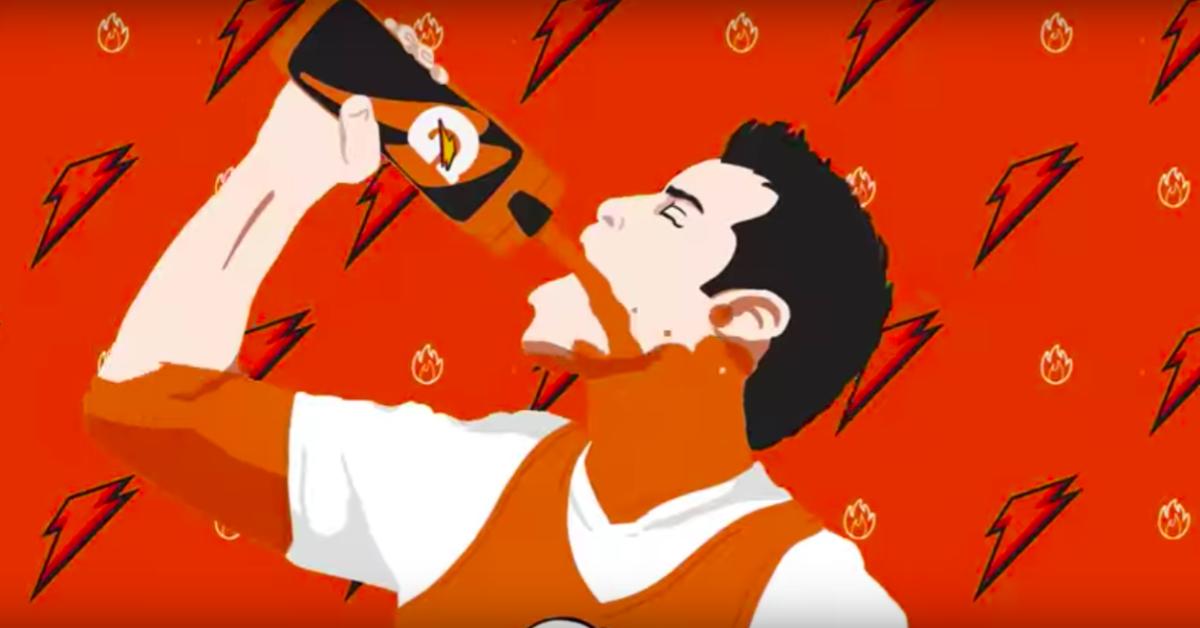 What: Jill Leccia, Gatorade Sr. Director of PepsiCo Latin America Beverages, talked to Portada about the process of creating a global marketing campaign that’s also aware of consumer’s individual needs.
Why it matters: Today it is more important than ever for brands to connect with consumers at a personal level while keeping local idiosyncrasies in mind but within a global context. 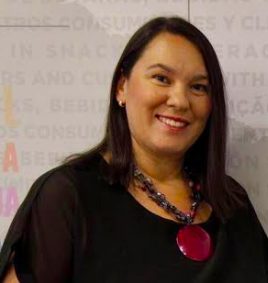 For young consumers and athletes, customization and personalization are becoming the main priority. They want their favorite brands to provide them with real-life experiences, and to feel unique but, at the same time, integrated to a global community of like-minded people. We talked to Jill Leccia, Director of PepsiCo Latin America Beverages, about Gatorade’s new marketing efforts, and the success of 5v5, a global soccer tournament for young athletes.

Check out the stars that will speak at Portada Miami on April 19, at the East hotel! They will discuss various topics related to the future of marketing and innovation in sports, to see Jill Leccia and our other speakers from up close, register now!

Portada: In a nutshell, what is Gatorade’s innovation strategy? 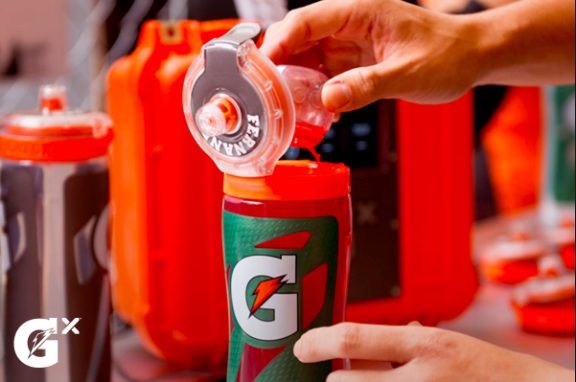 Jill Leccia: “First of all, we must continue doing what we do best: innovating to fuel athletes. We realize that customization and personalization is the next frontier of sports nutrition, so that will be the focus of all our new products and equipment.  The strategy is to provide fueling recommendations specific to an individual athlete but in a global context. Right now we’re expanding our product offerings and seeking to make bottles and pods available to more professional teams of the NFL and NBA, and specifically the FC Barcelona.”

Portada: Tell us about your latest sports marketing venture aimed at young consumers.

JL: “We have an experiential program for young soccer players called Gatorade 5v5. It’s a tournament for players between 14 and 16 years old that fosters young talent while elevating their experience within this global sport. It started in Latin America in 2015, with the participation of six countries. By 2017, the number climbed to fifteen. In this year’s edition, we have 25 countries from Latin America, the US, and Europe, and for the very first time a women’s division.”

[We] celebrated the local champions to build an emotional connection with the national audience and a sense of patriotic pride before the global scale.

Portada: How was the process of personalizing a massive product like Gatorade for young consumers through media strategies on digital/social platforms?

JL: “First of all, we focused on telling the story of how Gatorade uses science-based beverages to help young athletes prove their skills on an international world tournament. The marketing campaign was based on getting individual contestants get involded through special and distinctive moments that highlighted both athletism and Gatorade’s strenghts. We divided the strategy into four phases. The first one used footage from 2016’s Soccer Stars to build hype around the local tournaments. Then, phase two presented and celebrated the local champions to build an emotional connection with the national audience and a sense of patriotic pride before the global scale. These stories gave mass awareness to the event. 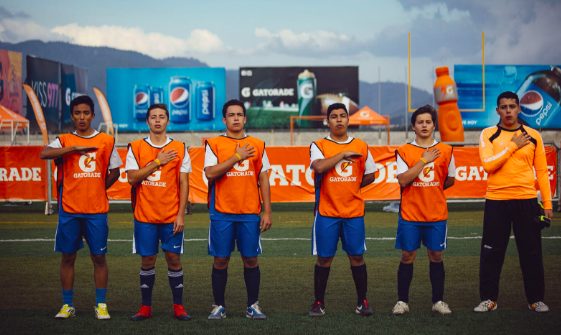 In phase three we focused on the Global Finals in London. We had the tournament’s official draw hosted by ESPN’s UEFA Champions League talent and Gatorade’s senior management, and the local champions from our biggest markets were invited to the ESPN studios before the finals for a meet and greet and a TV special airing. And finally, in phase four we showed recaps and live updates of the Global Finals in London on social media, in which we highlighted the performance of the players and our product innovations and benefits while leveraging key partners and influencers.”

Jill Leccia, in conversation with Jan Gertis, Managing Director of Latam Transformation at OmniCom, Soccer in the U.S. and across Latin America, A look at the Future of the Beautiful Game, Portada Miami, East Hotel, 2:50pm.

SOCCER IN THE U.S. AND ACROSS LATIN AMERICA

A look at the Future of  The Beautiful Game

Portada: What have you learned from previous editions of 5v5 that you’ll apply in the future?

JL: “We learned to follow up our teams and help them promote what they achieved on the Gatorade 5v5 tournament. That way, we can continue spreading their amazing stories of talent and effort and keep generating awareness for the tournament.”

Portada: How does the Gatorade lifestyle shown in marketing campaigns reflect upon its real-life consumers?

JL: “We think an experience like Gatorade 5v5 can also play a role in the lives of our general consumers because Gatorade is there to fuel all efforts, sweat, and talent.”

Portada: Do you have campaigns in support of local inclusion?

JL: “For example, in 2017, five NGOs focused on awareness and support of social inclusion in Argentina, Brazil, Colombia, Mexico, and Peru —some of the same ones as last year—. They received funding and support from Gatorade train and prepare a team to represent them on the field. As a part of the 2018 Gatorade 5v5 tournament, the Big Game campaign gave them 15 thousand dollars each.” 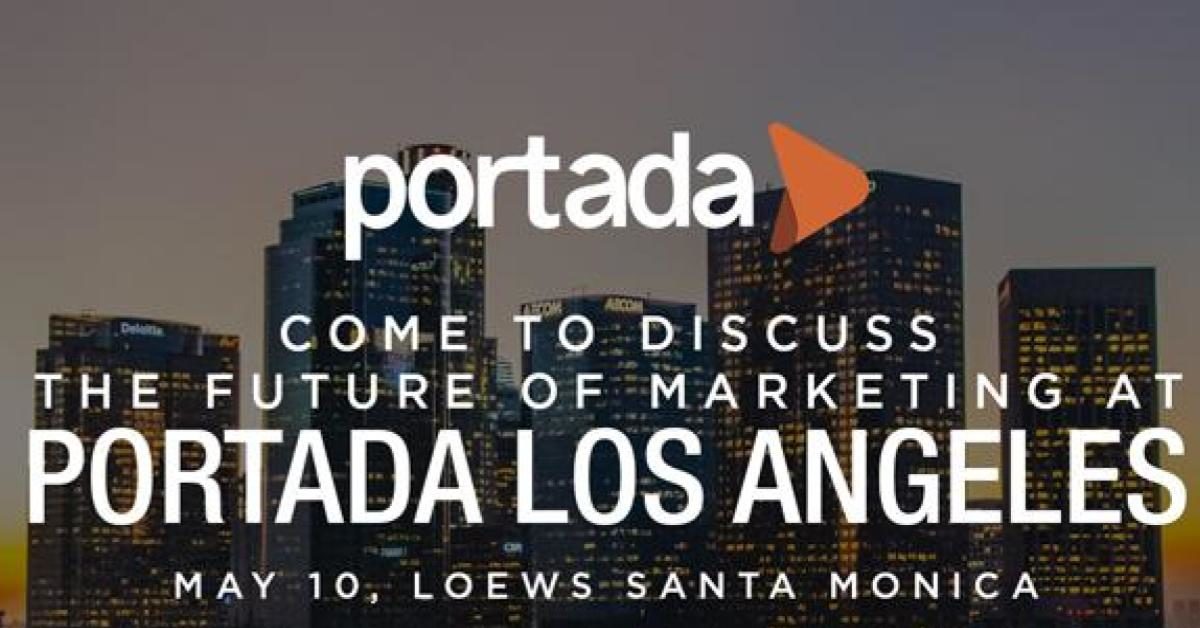 Announcing Portada Los Angeles on May 10: Multicultural Marketing Stars and Much More…