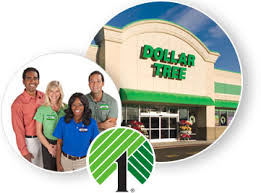 Discount store chain Dollar Tree is buying  rival Family Dollar Stores Inc for about US $8.5 billion, creating North America’s biggest discount retailer with combined 2013 sales of more than US $18 billion in total sales and, therefore, surpassing Dollar General’s US$ 17.5 billion. The acquisition has a particular high impact on the Hispanic shopper who tends to leverage the discounter channel more more than the average U.S. shopper.

Dollar Tree, whose products cost $1 or less, caters to the middle class. While Family Dollar also sells many items priced at $1 or less, it stocks items priced $1-$5 and higher as well. “This acquisition will extend our reach to lower-income customers and strengthen and diversify our store footprint,” Bob Sasser, Dollar Tree’s Chief Executive said in a statement.  Together, the two companies will have more than 13,000 stores in 48 states and in Canada, and more than $18 billion in revenue. Dollar Tree intends to keep Family Dollar  as a separate brand.  The companies expect to realize about $300 million in annual cost savings by the end of the third year after closing, which is expected by early next year.

“The M&A points to a continued competitive landscape, where consolidation is necessary to leverage “buying power”, hence providing an edge in offering lower prices. It also suggests the consumer appetite/demand for lower price formats, foregoing service and variety in many instances for savings.” says Ronald Méndez, Managing Director of Marketing and Business Development at Starlite Media LLC, a company that specializes in large format, high impact, signs that are strategically placed in high profile locations in major retail shopping centers. “As one company, they will better leverage purchasing and advertising power. Because Dollar Tree led the bid, it would make sense for Family Dollar stores to undergo a name change and operate under the Dollar Tree banner and brand. I would also expect to see the new company be more aggressive in their sales and marketing efforts inclusive of at-store, Tv, radio, print, and other out-of-home mediums, with a focus on brand awareness, and taking market share from other retail rivals,” Mendez adds.

Randy Novak, VP Business Development at NSA Media, where he manages print and digital media placements for major national retailers including discount retailers, notes that for Family Dollar and Dollar Tree “as with all retail marketers, the recognition that marketing and selling channels are not “either-or” environments for their customers is very important. In other words, no shopper utilizes a single channel for seeking out information or for making purchases, and therefore, a cross-channel approach is most advantageous.”

Dollar stores have struggled in a weak U.S. economy and increased competition from large discount chains such as Wal-Mart Stores Inc, which are increasingly chasing penny-pinching consumers by offering more items priced at $1 or less. Dollar Tree, which said on Monday its offer had been approved by Family Dollar’s board, will have about 13,000 stores across the United States and Canada once the deal closes. Dollar General has 11,338 stores in the United States.

Dollar stores are small compared with traditional supermarkets and supersized discounters, so repeat business is the way to drive traffic. The retailers have added more consumables, including low-margin but frequently purchased groceries. “At these stores, their grocery products have been growing a little bit faster than their non-grocery products,” says David McGoldrick, an analyst with Euromonitor International.

Dollar General and Dollar Tree have seen same-store sales growth slow from their peaks a couple of years ago, but they continue to outpace broader retail industry performance. Family Dollar Stores has been the exception, posting a 2.8 percent comp decline in the final quarter of last year and a drop of 3.8 percent in same-store sales in the second quarter of this year. In spite (or perhaps because) of that, Family Dollar has attracted the attention of activist investor Carl Icahn, who recently disclosed that he is now the retailer’s largest shareholder with 9.4 percent of common stock.