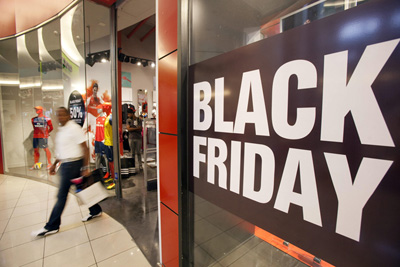 What: The National Retail Federation (NRF) reported that 5.1 million less consumers were out shopping on Black Friday compared to the same day in 2013. The NRF also expects a decrease in shoppers during today’s Cyber Monday. Overall the NRF expects a 4.1% increase in sales throughout the Holiday Shopping Season Nov. 1- Dec 31.
Why it Matters: November and December are the strongest months for retail sales. From 1992 to 2013, December retail sales averaged 23% higher than the rate from January through October. November averaged 4% higher.Two things are certain: More people are shopping online, and the holiday deals (in stores and online) are less concentrated on the one four-day weekend than they used to be.

The National Retail Federation, which tracks customer visits to stores as well as sales, reported that 5.1 million fewer people were out shopping on Black Friday than last year. That was a decline of about 7%. On Thanksgiving Day itself, when many of the largest retailers opened with doorbuster deals between 6 a.m and 8 p.m., the retail group found that around 1.8 million fewer shoppers went out than last year. Overall, traffic was also down over the long weekend: About 5% fewer shoppers visited stores from Thanksgiving through Sunday.

The NRF gets its numbers from a survey of about 4,600 Americans.

According to the National Retail Federation’s Cyber Monday Expectations Survey conducted by Prosper Insights & Analytics over the weekend, 126.9 million (52.3%) shoppers plan to shop online on Cyber Monday, down slightly from the 131.6 million who planned to participate last year.

“For today’s shopper, every day is ‘Cyber Monday,’ and consumers want and expect great deals, especially online, throughout the entire holiday season – and they know retailers will deliver,” said NRF President and CEO Matthew Shay.

As a result, stores are bracing for “a marathon not a sprint,” said Matthew Shay, president and CEO of the retail federation. This is why the decrease in “Black Friday” and the expected decrease in “Cyber Monday” shopping, Shay stood by his organization’s prediction of a 4.1% increase in holiday spending over the whole season, which began on November 1 and runs through the end of December.

Almost two thirds of Retailers invested in their Mobile Sites

When asked how they plan to shop on Cyber Monday, 24.5 million (19.3%) said they will use their mobile device, and eight in 10 (84.5%) will use their home computers to shop online. Mobile retailing remains important as consumers increasingly rely on their smartphones and tablets to research and purchase products. And, retailers are eager to meet consumer demand from these savvy customers as nearly seven in 10 (69.1%) retailers polled in Shop.org’s July eHoliday survey said they invested in optimizing their mobile websites prior to the holiday season, up from the 57.4 percent who said so last year. 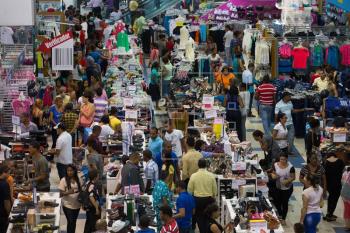 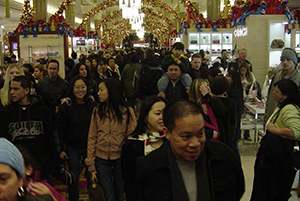 How Are Retailers Luring Hispanic Consumers to Buy on Black Friday/Cyber Monday?