What: Ogilvy & Mather has appointed Horacio A. Genolet as CEO of Ogilvy & Mather Latina.
Why it matters:Genolet will officially take over from current Latina CEO & Chairman Marcos Golfari on January 1, 2017. Mr. Golfari will retain his role as Chairman. 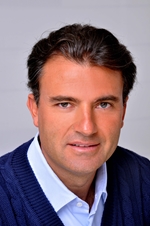 Ogilvy & Mather announced the appointment of Horacio A. Genolet as CEO of Ogilvy & Mather Latina, the agency’s Latin America network which spans 50 offices in 22 countries with over 1,400 employees and Cannes Lions Regional Network of the Year for the last three years.

This marks the first top-level executive appointment made by Worldwie Chairman and CEO John Seifert (who himself stepped into the role earlier this year) since declaring his new vision for the agency, branded “Ogilvy – The Next Chapter” which focuses on integration of offerings to deliver the best solutions for clients most efficiently.
Mr. Genolet joined O&M in 1993 in his native Argentina as an account supervisor. He left after a few years to work at Telecom Group, Argentina’s largest cellular telephone company and at media company Carat. He rejoined O&M in 2004 and held various positions including VP of Client Services of O&M Mexico, Managing Director of O&M Miami and CCO of O&M Mexico. He was appointed CEO of O&M Mexico in 2011 and led the agency to five consecutive years of successful growth during his tenure. Under his leadership, O&M Mexico has been named the No. 1 agency in the country for the past three years in a row by the publication Merca2.0.

In 2015, Mr. Genolet was appointed President of the Executive Board of The Mexican Associations of Advertising Agencies, a consortium of the 120 most important communication agencies in Mexico. He has been featured in Líderes Mexicanos (Mexican Leaders) magazine’s “The 300 Most Influential Mexican Leaders” list for the last four years.

In promoting Mr. Genolet, Mr. Seifert remarked: “In the five years since he’s been at the helm of our operation in Mexico, Horacio has propelled it into one of the most important and fastest growing offices in our global network and the No. 1 agency in Mexico. He has also done outstanding work on Coca-Cola and Pfizer, two of our biggest clients in the region. I could not think of a more qualified leader to drive our growth in the region to even greater heights, nor a better partner to help me implement our company’s global “Next Chapter” agenda in Latina.

I am also extremely grateful that we will continue to benefit from Marcos’ leadership, experience and expertise in his continued capacity as regional Chairman. What Marcos has done for O&M in Latin America is immeasurable. I can truly say that without Marcos, O&M Latina would not be the powerhouse it is today.”

“It is hugely satisfying for me that Horacio, who has been a partner and colleague to me all these years, is taking over the reins of Ogilvy & Mather Latina. I am confident that he will take the agency to a new stage of sustained growth. I’m thrilled he has accepted this challenge in the same way he did when he became CEO of Ogilvy & Mather Mexico where he has done a terrific job,” said Golfari.

“It is a great honor and I am very proud of this appointment. I thank John and Marcos for their trust and support in choosing me as head of Ogilvy Latina. It is certainly a great challenge to follow the footsteps of such a leader as Marcos Golfari, whom I have known for over 20 years, and who has guided and taught me everything I know about this profession.Marcos has built the Latin America region into a very successful one over the years and has set the bar very high for me. Additionally, I have the challenge of accelerating the implementation of the company’s global “Next Chapter” strategy throughout our Latina America operations. It is a challenge I look forward to tackling with all my partners in the region in the coming months,” commented Mr. Genolet on his appointment.

An announcement regarding Mr. Genolet’s successor as CEO of Ogilvy & Mather Mexico will be made in early January 2017.