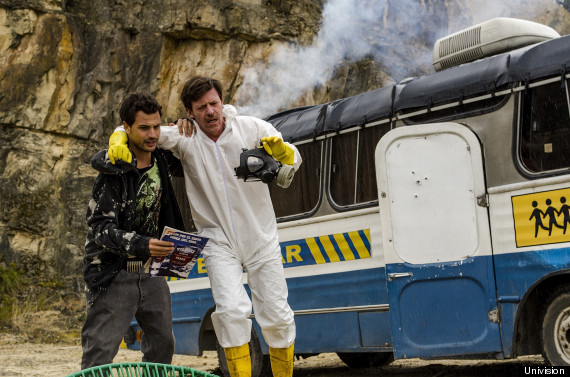 On fire after a successful Upfront, Hulu Latino says it will offer close to three times the volume of content it had available in 2013, thanks to its highly successful original series “East Los High,” plus content from more than 70 partners.

Hulu Latino now reaches more than 1 million unique Hispanic viewers a month, and consumption has continued double-digit, month-over-month growth since the channel’s inception two and a half years ago, according to Rodrigo Mazon, content acquisition director for Hulu.

The growth has a lot to do with awareness, Mazon says. “There’s still, from my perspective, an enormous opportunity and room to grow.” He thinks that, despite being more connected, more mobile and more social, “There are still lots of viewers connected to traditional ways of watching television.” He thinks that as these viewers get used to watching online, on-demand and using digital to catch up on shows they missed, Hulu Latino’s numbers will grow even more.

There are still lots of viewers connected to traditional ways of watching television.

Hulu Latino aims to fuel that growth with two new shows in its Hulu Originals portfolio, as well as the return of its mucho successful “East Los High.”

“Mi Vida en Sayulita” is a reality-like show that follows seven teenagers during spring break in the Mexican beach town of Sayulita. The 17 30-minute episodes, in Spanish, are exclusive to Hulu Latino. Another new original show, “Los Cowboys,” is a “docu-soap” that takes place in the milieu of an L.A.-based competitive Mexican rodeo team known as Charros.

“East Los High,” a series produced and financed by the nonprofit Population Media Center and distributed by Hulu, will return for 12 more episodes, backed again by a heavy transmedia offering produced by The Alchemists that encompasses websites, blogs, social media and mobile offerings that give the characters and storylines a presence beyond the episode content.
[youtube https://www.youtube.com/watch?v=2a9O2BJaW1E&w=560&h=315]

Providing a balance of English- and Spanish-language content is crucial, Mazon says, because the audience is definitely bilingual. “Virtually all of our Latino viewers not only consume a wide variety of this Latino content on Hulu, they are consuming just as much English language general-market content. They are proving our hypothesis, which is that what’s great about the platform is you can watch the best of Latino content as easily as the best of general-market content and figure out what’s best for you.”

And there’s more from content partners. For example, a new partnership with MundoFOX makes Hulu Latino the first non-linear distribution partner for its series, including “El Capo” and “El Mariachi.”

The service will continue to stream Univision’s reality series/beauty pageant “Nuestra Belleza Latina,” and it will feature the new Univision series “Metástasis,” the Spanish-language production of “Breaking Bad,” this time taking place in the Colombian mountains. “Los Héroes del Norte,” a scripted reality series chronicling the travails of a fictional Mexican Regional band, rounds out the Univision offerings.

The Latino audience on Huly is approximately 40 percent more likely to consume on video on mobile, confirming reports by audience analytics providers.

Mazon notes that the Latino audience on Hulu is approximately 40 percent more likely to consume on video on mobile, confirming reports by audience analytics providers. But Mazon thinks it’s most important to create high-quality shows without worrying about how they’ll translate to smaller screens. Noting that there’s still plenty of living-room consumption of Hulu content, he says, “The audience, just like any other audience, is most focused and attracted to high-quality content that appeal to them. We’ve found that people will switch between devices just because that’s where they are [in the programming] at that point in time.”

However, much of the transmedia content for “East Los High” is easier to consume on mobile devices.

East Los High already had deep integration of sponsor Population Media Center and the organizations that contributed, including Planned Parenthood: The plot itself revolves around messages about avoiding teen pregnancy and practicing safe sex. For season two, Mazon says, there will be consumer brand integrations in the show itself and in the transmedia components, although he couldn’t divulge any specifics.

All video content on Hulu runs pre-roll and interstitial ads, while longer transmedia videos might include either a slate ad or a pre-roll. “Transmedia also lends itself to sponsorship,” Mazon says, “but the key is, we want the transmedia content to have same look, feel and quality as the show itself.”