What: Javier Martínez Morodo, general manager at Grupo Bursátil Mexicano’s GBM Digital and member of the Portada Brand Star Committee, will lead a Fintech and Innovation Workshop at Portada Mexico on October 17.
Why it matters: At only 33 years old, Martínez has several years of experience in business aimed at technology and innovation. He will share his expertise with Portada Mexico’s attendees and will also be available for one-on-one meetings through our new Portada MEET-UP offering.

For the opportunity to network with Javier Martínez Morodo and all the other Portada Mexico attendees, register here! 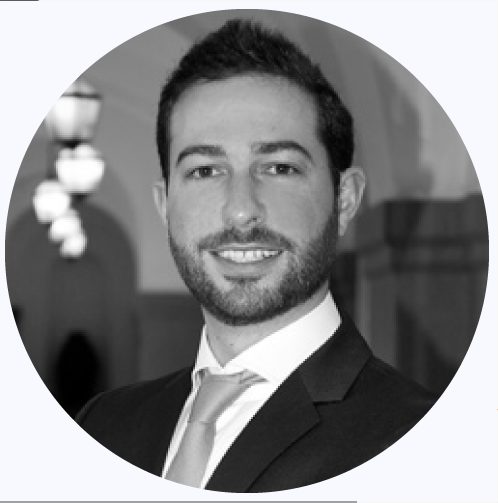 Every day, we hear buzzwords like “bitcoin”, “crowdfunding”, and P2P. The world of finances can seem out of reach for the average citizen, but executives like Javier Martínez Morodo, General Manager of Grupo Bursátil Mexicano, believe that everyone can and should understand the benefits of these new concepts, as well as learn to have a positive financial culture.

Javier has applied his business vision for technology and innovation at GBM since 2009, where he created and led GBM Digital. Since then, he has focused on developing products and strategies to help solve the scarce supply of financial services in Mexico, all with the support of new trends in design and technology.

In 2011, he launched GBMhomebroker, an award-winning online trading platform that soon had more transaction volume than 15 independent brokers in Mexico. In 2014, he launched Piggo, a user-friendly platform designed to help average consumers reach a savings objective. Piggo has won several awards, such as Best Innovation Product by the Mexican Internet Association (AMIPCI).

Since becoming general manager in 2017, Javier is tackling the challenge of transforming the wealth management business unit at GBM by designing a hybrid project where a Robo-Advisor, tech platforms, and financial advisors work together to counsel investors and potentialize US $5 billion in assets under management.

Javier is considered a reference for the FinTech sector. He has been invited to numerous national and international forums and is currently acting as a Founding Mentor at Collective Academy, an innovative education project aiming to empower Mexican entrepreneurs. He is certain that it is our responsibility to develop vehicles of social transformation through technology that foster socioeconomic development and the wellbeing of Mexicans and people across the world. Javier Martínez Morodo will be one of our star speakers at Portada Mexico on October 17, where he will lead a workshop on innovation and FinTech titled FinTech Innovation: Key Learnings for Brand Managers. To join the conversation, register for Portada Mexico now, you’re still on time for early bird tickets!