WhatsApp has announced its 250 million monthly active users, according to The Wall Street Journal. 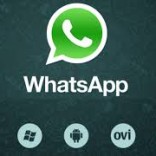 WhatsApp launched 4 years ago and spends no money marketing itself. According to WhatsApp, the main  reason for the popularity of the app is that it allows its  users to message one another without paying high fees for text messages. The App is available for iPhone, Android devices, BlackBerry and Windows Phones.

“WhatsApp’s growth is of concern to many other companies. This includes telecom carriers that make huge profits billing for text messages as well as Facebook FB -2.49% whose traffic relies in part on users trading messages with one another”, the The Wall Street Journal noted.