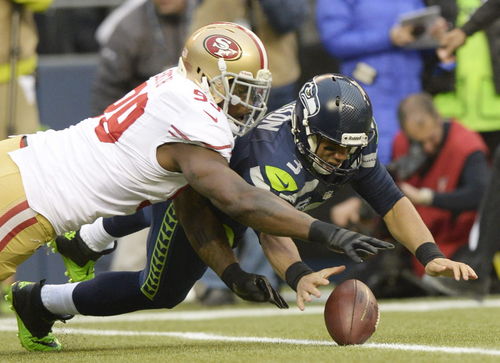 Will this be the Super Bowl of Mobile? 3 Reasons why it will be and 1 why it won’t

What: Sunday’s Super Bowl is the most important annual event for Sports Marketers.
Why it matters: As Cisneros’ Interactive Diama Gabriel points out, “when it comes to sports, (Hispanic) users are more mobile and social, very few watch the games next to a laptop but all of them have their mobile connected device at their side.” The will marketers really start taking advantage of this?  The answer below.

NOTE: Portada’s 2014 Soccer Marketing Guide has just been published. DOWNLOAD 28-pages filled with marketing intelligence PLUS get a  $10 voucher redeemable at SOCCER.COM! 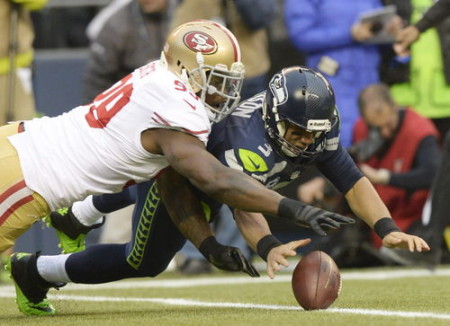 Sunday’s game between the Denver Broncos and the Seattle Seahawks will be the first truly Hispanic Super Bowl as Fox Deportes will be broadcasting the game in Spanish for the first time. This also has interesting implications for Hispanic mobile advertising. “This year for the first time FOX will offer a free English and Spanish “preview” on its iPad Sports Go app, leveraging the power of mobile advertising. FOX is selling the mobile ads separately from TV, so streamers will see unique ads presented only on mobile devices,” says Sephi Shapira, CEO of mobile performance advertising firm MassiveImpact. Shapira adds that “it is not coincidence that FOX is offering the mobile streaming in only two languages English and Spanish. This is in line with targeting advertisers seeking to reach the Hispanic population,many of which prefer Spanish as the language of choice.”

2. The second screen as a source for important parallel conversations

Last year’s Super Bowl introduced the concept of the second screen to football fans and many, many fans utilized their smart phone or tablet to chat with friends, follow the game’s stats, or check out video highlights.  There is no reason to think the second screen won’t be important again to an even larger number of fans.  It’s the perfect time for innovation in how the second screen is used to engage consumers.”I think that marketers and advertisers are much more mobile aware than in previous years. They know that mobile devices are much more than a second screen and they become a source of an important conversation that happens in parallel to the Big Game whether it is the Super Bowl, Winter Olympics and most certainly the World Cup this summer. The game lasts for two or three hours but the users stays engaged through their mobile for much longer. It’s up to brands to be part of that conversation with their consumer,” says Adsmovil’s Andres Arias. (Andrés Arias is the new VP Operations and Product at Adsmovil where he is replacing Jorge Rincon who recently accepted the position of Head of Entertainment and Solutions Performance at Millicom International Cellular).
YouTube will have an even bigger impact when it comes to live commentary: “2014 will be the first year where YouTube will enable a wide range of channels to stream live while viewing the Super Bowl. This technology opens up a never before seen live commentary by favorite channels (see example here). Users will ,in fact, be watching two screens – one showing the game and the other showing live coverage,” says MassiveImpact’s Shapira notes.

One thing we are likely to see more of in the upcoming Super Bowl are mobile specific high-impact ad units. Diama Gabriel, Sr. Marketing Manager of Cisneros Interactive, says that we are seeing “an explosion of brands looking for high impact ad units. I would really like to see more engaging advertising that takes advantage of mobile specific formats. Brands and agencies should build their ad campaigns in mobile around rich media that allows for an amazing mix of assets in one package from image galleries, videos, geo-location and interactive ads calling for users to physically engage with the ad unit through swiping and dragging. ”
(Gabriel tells Portada that for the 2014 Soccer World Cup, Cisneros Interactive is introducing a cross-platform social app called WallCup that was developed internally along with Cisneros Interactive. This social platform allows users to “follow” matches, predict results and share their picks (quiniela) with their friends.”)

1. Location-based Advertising is not there yet

Perhaps the most attractive feature of mobile media is its abbility to track a user’s location and direct advertising messages to them. Will this be a major factor in the upcoming Super Bowl? Unlikely. “Regretfully location-based advertising is still in its infancy, in fact the whole glamour of the event for advertisers is the huge national reach and mass consumer viewing which is just as keen to see the ads as the game itself,” notes Massive Impact’s Shapira. The Super Bowl is definitely mass media event, but it will not yet be used to direct geotargeted ad messages.

NOTE: Portada’s 2014 Soccer Marketing Guide has just been published. DOWNLOAD 28-pages filled with marketing intelligence PLUS get a  $10 voucher reedemable at SOCCER.COM!