Cars.com’s Sharon Knitter: “Our Users Are Three times More Likely to Use a Mobile If They Want to Find a Dealer”

Online has grown to be the largest category in automotive advertising spending over the last few years. Cars.com, the online destination for car shoppers owned by A.H. Belo, Gannett Co. Inc., The McClatchy Co., Tribune Co. and The Washington Post Co., has captured a substantial amount of that growth. Within online advertising, there is particularly growth in mobile. That is why we interviewed Sharon Knitter, Senior Director of Mobile for Cars.com.

In this role, Knitter  works to enhance Cars.com’s mobile site and mobile apps to better serve car shoppers on the go. She also assists with the development of advertising products for manufacturers and dealers to help them reach this growing segment. Below some of the main things Knitter has to say.

Cars,com is visited by 11 million car shoppers each month. According to Knitter, “on a daily basis, all mobile platforms at Cars.com get 280,000 visits and 7.5 million screenviews. 30% of total traffic is mobile. And there  is a higher proportion of page views compared to Desktop. The Mobile web gets an average of between 15 and 20 page views. Apps between 35 and 40 page views per visit on average.”

Note: April 2013, Mobile figures do not include tablets Source: Cars.com

Interestingly, tablet user behavior is very similar to desktop user behavior.  “There is  almost no difference between desktop and tablets,” Knitter says.

Mobile provides much better leads,  because users are three times more likely to be mobile if they want to find a dealer.” “Mobile car shoppers are more likely to look for maps and dealers.” However, Knitter also notes that 60% of handset users browse while sitting or lying on a  sopha.

…which can be sold at higher CPMs…

Cars.com has been able to monetize the mobile platform as national Advertisers pay higher CPM’s for mobile than desktop (only ad)-display ads. These ads are tipically bought by major car manufacturers during a big digital upfront function at the end of each calendar year. National advertisers are Cars.com first revenue source, the largest one are car dealerships. Dealers typically are charged a monthly subscription fee by zip code or location for  listings in 20/30 mile radius of the dealership.  Knitter says that it is not difficult to sell mobile advertising: “The difficulty rather is serving mobile ads, as there are so many formats.”

Cars.com has a national advertising salesforce. Locally it is sold in 85 different markets by the newspaper chains who own it (A.H. Belo, Gannett Co. Inc., The McClatchy Co., Tribune Co. and The Washington Post Co.s who own  it.)  These newspapers have strong relationships with the car dealerships which will do display ads in the newspapers and buy online listings in Cars.com. The online destination markets itself mostly by buying automotive related keywords on (local) search engines.. It also advertises heavily via TV spots on Superbowl.

The challenge of measuring mobile performance 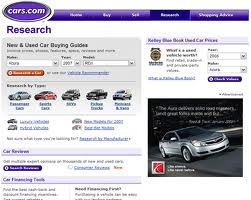 According to Knitter there is room for improvement in the way companies measure mobile (advertising) performance: “Three years from now we  will better be using mobile data  to measure walk in traffic to dealerships.” Knitter adds that she also would like to see more segmentation in the way mobile data is analyzed. She suggests a mobile “in-home” and “out of home” category. Also  “small” and  “large” mobile screens are interesting subdivsions.  Knitter also wonders whether it makes sense to see tablets as their own category.

The User’s perspective: Usability is Key 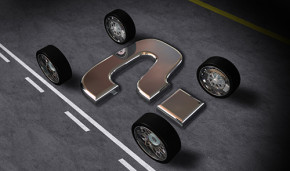 It is commonly said that mobile is not digital on a smaller screen and Knitter agrees: “Putting a newspaper on a website is not a website. Likewise, putting a website on mobile is not a mobile strategy,” she notes.  According to Knitter, context is key. So if users are looking for pricing or what the trade-in car is worth and what other inventory is available, that information should be readily available:  “We need to make it very easy for the user. The key question is how do we make it better for consumers. If we make it better for consumers its better for advertisers. We have started to do registration and consumer profiles to understand our audience better. Editorially, our 20 person editorial team that does a lot of mobile including car and lifestyle reviews.”

Does the Spanish-language site have any traction among Hispanics?

Cars.com has a Spanish-language site targeting Spanish-dominant Hispanics. “It never  got a lot of traction,” says Knitter acknowledging that it gets very little traffic. Knitter adds that her team is starting to get information from dealers on whether they have a Spanish-language sales force.

Comment: Online has grown to be the largest category in automotive advertising spending over the last few years. This growth has come mostly at the expense of Newspaper classified advertising. Interestingly, according to the table above, Automotive Newspaper Advertising has not decreased overall, although it has stagnated. Smaller categories like Other print, including magazines, Radio, direct mail, and Directories have decreased in expenditures. Dealerships, strong local advertisers, continue to amount to almost 60% of overall expenditures, with manufacturers, strong national advertisers, making up approximately 35% of total expenditures.

Hulu decides not to sell, partners invest US$ 750 million

Apartments.com will soon be for sale, according to CV announcement