Reports indicate that on February 14th  16% of Netflix subscribers around the world watched at least one episode of the second season of House of Cards – starring Kevin Spacey and Robin Wright and produced by director David Fincher.  In a simultaneous global launch, Netflix participated in the “most romantic day of the year” conversation, flooding social networks with feedback on the boisterous start of the second part of this series about ambition, power and corruption in modern Washington D.C. 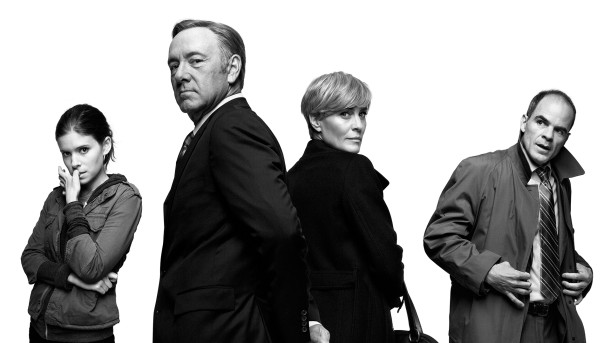 Nothing should come between people and entertainment

The Netflix model has taken many by surprise, going completely out of the ordinary: is this TV without barriers? Is it even television? Should we just call it content? In an interview with Portada, José Calderoni , director of marketing Netflix Mexico, notes that Netflix believes that nothing should come in between people and entertainment, “We are changing the space by putting the user first. The simultaneous release of thirteen chapters of House of Cards and the complete absence of advertising clearly reflect this.” Following this vision Calderoni faces the Mexican market with many objectives but also obstacles to overcome. Calderoni notes that  families are the main target for Netflix Mexican expansion. Mexico has 30.2 million households, but that number is reduced to only 2.5 million when only households that have a credit card are taken into account. Netflix is not the only major player struggling with the low credit card penetration barrier. Both iTunes and Facebook are trying to overcome this barrier by marketing prepaid cards in Mexico through retailers such as OXXO and 7Eleven stores so that users without a credit card can purchase their services online.

Broadband is another barrier, which according to Calderoni could imply that Netflix has a higher penetration in large Mexican cities than in smaller towns located in remote provinces. In addition, access to content through the Internet is still still fairly new to the Mexican consumer, although consumers in large  cities are usually more edgy in terms of trends. But in both cases – cards and connectivity – Netflix has little to worry about, since both markets will keep on growing for several years.

In 2011, Netflix entered the Mexican market with a global campaign translated into Spanish, which did not necessarily speak to the mind of the average domestic consumer. Having learned  considerably since then, Netflix Mexico recently undertook a new campaign which included a 360 approach to different media and was produced exclusively for the Mexican market.The campaign,which ended on February 10, uses the phrase “No strings + exclusive series” and was seen on outdoor media in Mexico City (picture). In Calderoni’s words: “We have been (in Mexico) just over two years since late 2011. We want to keep working so that more people get to know the service and subscribe. We will have local campaigns to keep on strengthening our position (…) More importantly we just did a 360 campaign and were present in most media vehicles. We are building brand and to do so we must always be available. ”

Another factor that has made Netflix grow, is its privileged position on most consoles and SmartTV devices. This fact is in line with the company’s objective to always be on the first screen of all devices. Netflix has achieved this by striking agreements with many equipment suppliers.

Finally, Calderoni spoke about the Netflix’s panregional marketing for Latin America: “Except for Mexico,  Latin America is handled from Los Angeles and there is a regional office in Brazil.”