What: Yahoo is buying mobile app analytics and advertising startup Flurry to jump-start its’ mobile Business. Financial terms of the deal weren’t disclosed but it is believed the price could be anywhere between US $200 and US $300M.
Why it matters: While the market for mobile ads is set to grow nearly 85% this year, Flurry could not only boost Yahoo’s  mobile advertising revenues, but give this company a more central role in how to use and monetize mobile, while it builds out its own apps and app inventory, and advertising to run across them.

To jump-start mobile Business, Yahoo is buying Flurry, the mobile app analytics and advertising startup. Financial terms of the deal weren’t disclosed but it is believed the price could be anywhere between US $200 and US $300M.

In CEO Marissa Mayer’s words, Yahoo is a “mobile first company.” With 450 million monthly active users and search and display mobile ad revenues growing 100% , no wonder why the company was pushing hard into mobile advertising. However, one week before the acquisition , Yahoo reported its’ revenues fell 3% in the second quarter and its’ display ads dropped 7% leaving a big question mark over Yahoo’s ability to take a share of the growing mobile advertising market.

According to Mayer, the deal is one of the largest acquisition in the mobile advertising business, a US $32.7 billion market dominated by Google Inc. and Facebook Inc, the WSJ reported.

The deal is one of the largest acquisition in the mobile advertising business, a US $32.7 billion market dominated by Google Inc. and Facebook Inc

Flurry, one of the largest mobile ad firms, was founded in 2005 and is headquartered in San Francisco. Flurry builds tools that help marketers in determining which mobile ad works best with both iPhone and Android users. It works with 8,000 mobile publishers , who sell banner ads within apps.Although Yahoo has begun to sell ads insisde some of its’ app, flurry’s acquisition will give the company a bigger mobile footprint and opportunities for advertisers to boost revenues in this area.

Flurry has been supposedly on the market for some time, and “racing toward a sale”. Amazon was another potential buyer but Yahoo seemed like the most likely buyer so far, with a sale made public by the end of the summer. To Yahoo, Such an acquisition means boosting its’ ambitions to be a “mobile first” company, after it has struggled to match the growth of mobile ad revenues at rivals Facebook and Google.
“With Yahoo, we will have access to more resources to speed up the delivery of great products that can help app developers build better apps, reach the right users for their apps and more importantly, make money from ads that look great and blend into the app experience,” Flurry’s CEO and founder Simon Khalaf said.

It’s an area that has seen some consolidation. For instance, Onavo was acquired by Facebook. Distimo was acquired by AppAnnie. And Twitter has also made a number of acquisitions to boost its mobile analytics capabilities.

Flurry has improved how apps make money by using data, for example, to power its advertising platform, which is used by brands to target specific audiences on apps in Flurry’s network, and by developers to monetize their apps with more relevant inventory. In Flurry’s own words, “Since the launch of the smartphone, Flurry has helped grow the app economy into a $100+ billion industry.” By that, means it works with around 170,000 developers, picking up data from at least 150 billion app sessions every month and that information is provided to app publishers about their audiences, app usage and app performance, providing insights to improve how apps work.The company has raised around US $74 million, with backers including Borealis Ventures, Crosslink Capital, DFJ, Draper Richards, First Round, InterWest Parnters, Menlo Ventures and Union Square Ventures.

What Flurry could give to Yahoo precisely is not just a boost in mobile advertising revenues, but, a more central role in how others are monetizing and using mobile, while it builds out its own apps and app inventory, and advertising to run across them.

What Flurry could give to Yahoo precisely is not just a boost in mobile advertising revenues, but, a more central role in how others are monetizing and using mobile.

“Flurry draws in more behavioral data from mobile apps than any other company, and we put it to work to help app marketers build a high quality audience,” Flurry notes on its site. “Flurry serves video, banners and interstitial ads using the most advanced targeting technology in mobile today to increase installs, campaign ROI and retention. Cross promoting your own apps is always free with Flurry.”

According to Mayer, mobile search is another place where Flurry’s mobile app analytics could also come in usefully. “We really believe that the mobile search experience to be completely different than that of traditional desktop search,” she said. “There is a clear opportunity here and we are continuing to look at ways to deliver more innovative, more intuitive search experiences on mobile phones.”Since she took over as CEO in 2012, there have been 30 known acquisitions either directly or indirectly related to mobile products without counting IntoNow, a social TV app Yahoo acquired in 2011. 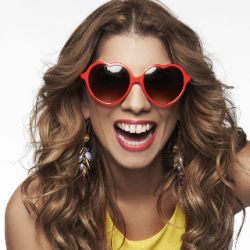 Amplificación! In Hispanic Entertainment Marketing it’s all about Social Media and Content Marketing