The re-election of President Rafael Correa this past February and the majority secured by his Country Alliance Movement party could mean the passage of a media law that has been stalled for the last three years. The bill is inspired by the media law passed in Argentina in 2009, which puts freedom of expression and the practice of journalism in a new context.

According to a report published a few days ago by the Inter-American Press Association (IAPA), the Correa administration is switching to a new model of regulation and relationship with the media, which the IAPA defines a “gag rule” initiative. 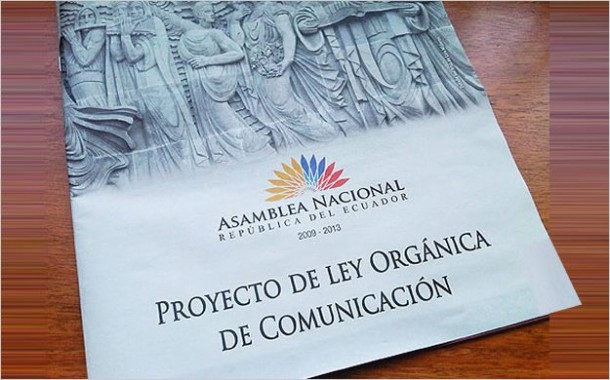 The Communications Law of Ecuador has not yet been approved due to a lack of consensus. Some national and international civil organizations say it threatens freedom of expression. The following are some of the bill’s most controversial aspects:

A point of contention in the bill is its proposal to grant 34% of all frequencies to community media, 33% to public ones, and 33% to for-profit private businesses. The country’s Confederation of Indigenous Nationalities of Ecuador (CONAIE) states that as of 2006, 33.3% of the population was indigenous, although the official census estimates it at less than 7%.

Currently, 85.5% of Ecuador’s radio frequencies are private, while 12.9% public and 1.6% are community-based, according to the country’s Superintendency of Telecommunications. In the case of television frequencies, 71% are private and the remaining 29% are public.

The new law would establish that social communication is a public service that should be provided with “accountability and quality,” and that community media are those “whose ownership, management and direction resides in districts/communes, communities, countries, nationalities, groups/collectives or non-profit organizations.” It also states that these outlets would operate on equal footing with other sectors, while also benefitting from public policies to build and strengthen them, as “a mechanism to promote plurality, diversity, interculturality and plurinationality.”

The bill’s strongest critics say that the right conditions do not exist to place 34% of all frequencies in community hands.

(That community media are those) whose ownership, management and direction resides in districts/communes, communities, countries, nationalities, groups/collectives or non-profit organizations

The bill proposes the creation of a Regulatory and Communications Development Council, with delegates representing the President, governors, mayors, universities, and media and human rights organizations. The Council would prepare a binding report for the awarding or authorization of frequencies.

Some have criticized this measure, saying it would concentrate power in government hands. The IAPA asserts that the law goes against international conventions signed by Ecuador.

The Council would have the authority to sanction media outlets that refuse to correct information, for example. In case of recidivism, the law would call for fines of up to 10% of the media outlet’s average three month-revenues. 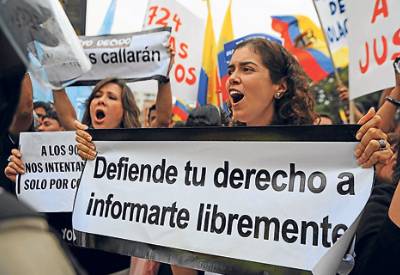 In addition, the Council would regulate or prohibit violent, discriminatory or sexually explicit content, and determine subsequent liability.

Another point of the proposed law requires that published information be duly verified and establishes the obligation to rectify false or inaccurate information, as well as a person’s right to contest any information he/she considers affects their right to dignity, honor or reputation. Failure to adhere to the new rules would result in penalties.

Another very controversial aspect of the proposed law calls for all journalists to be certified, with the exception of editorialists, opinion writers and journalists who speak indigenous languages. Non-certified journalists would be given six years to comply with said certification.

Discover the World to Represent Cathay Pacific Airways in Ecuador

Analysis: Argentina’s “Media Law” and how it will affect Grupo Clarin