What? Spanish newspaper El País has launched a new website in Porguese for the Brazilian market.
Why it matters: El País is expanding into the Americas. In March the newspaper launched its edition for the US and now is launching the newspaper for Brazil.

El País has launched a new digital edition for Brasil. The new website called “El País Brasil” is the first edition of the newspaper in Portuguese. The office will be in São Paulo.

“There is need to define Latin America’s role in the context of globalization,” said Juan Luis Cebrián, founder and president of EL PAÍS.

El País published that according to the newspaper’s editor, Javier Moreno, EL PAÍS Brasil will defend social progress, respect for minorities, and the modernization of society — the foundations on which the newspaper was built. “Since the newspaper’s birth in 1976 there has been a legion of [Brazilian] intellectuals, writers, actors and politicians who have chosen its pages to convey their ideas, defend their projects and share their concerns with the rest of the Ibero-American world with the great potential of its two languages, Spanish and Portuguese.”

Prince Felipe said “That a major daily, such as EL PAÍS, has selected Brazil as the framework for its international expansion demonstrates the commitment that [EL PAÍS’s publisher] PRISA and Spain have to Ibero-America,”.

To celebrate the launch, Moreno conducted an interview with Brazilian President Dilma Rousseff, which became the first lead story on the EL PAÍS Brasil website. 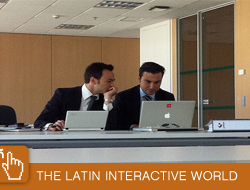