Mindshare will take over all Volvo’s media duties worldwide. The company will replace Havas Media, which used to handle the automaker’s media buying and planning in Europe and China. Volvo’s goal was to create more collaboration between the US and global marketing teams. Its’ US spending was about US $80 million and US $300 million globally in 2012.
Lipton

Unilever launched a global Lipton brand Campaign on Oscar Telecast .DDB was in charge of its creation and Mindshare of handling the media.A 60-second spot featuring the Muppets and a new brand slogan—“Be More Tea”—debuted on Sunday night during the ABC broadcast of the annual awards. Unilever had previously released a 90-second teaser ad on YouTube. During the Academy Awards telecast, a Lipton social media command center sent out live tweets. Lipton is planning to double its ad spending this year, increasing it to US $40 million.

Spanish agency Saffron has worked with Christie’s International Real Estate in a rebranding.

Jack Daniels has launched a US $2.3 million campaign focusing on Frank Sinatra. The whisky brand is marking the run up to the 100th anniversary of the screen legend’s birth with its Sinatra Select campaign from Arnold Worldwide. 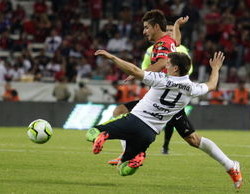