Grey has won the £60 million global advertising account for the insurer Allianz Group. The agency won the business following a final shoot-out against DDB Berlin. BBDO, the incumbent on the account, and Young & Rubicam were knocked out of the process at an earlier stage.

The winning agencies will handle the insurance company's entire global ad business, but the initial briefs will have more of an emphasis on key European markets, including the UK, Germany and Spain.The incumbent on the global creative account was BBDO Germany, while global media is handled by OMD, which took over the business in 2003.

No formal pitch took place at the time, but the account moved from Initiative Media Worldwide following a number of discussions that included Carat and Mindshare.

In addition Euro RSCG 24X7, digital outsourcing arm of the agency, will also be a major support agency for IBM.

Facing a group of presidents loudly critical of Washington, the U.S. government's Voice of America broadcast is expanding its audience in Venezuela, Bolivia, Ecuador and Nicaragua, VOA officials say.

VOA's Spanish-language division also will step up its use of Radio/TV Marti's production facilities in Miami because of budget pressures on both broadcasters, the officials added. The VOA effort to grow its Latin American audience comes as the Obama administration tries to counter the attacks on U.S. policies by several presidents in the region: Hugo Chavez in Venezuela, Evo Morales in Bolivia, Rafael Correa in Ecuador and Daniel Ortega in Nicaragua.

The broadcaster, looking to hire a marketing specialist to increase the number of affiliates, recently completed a major update of its Spanish-language Web site and last month gathered 17 Latin American freelancers in Washington for training, the officials added.

Financial Information Media Company Bloomberg has reached out to several large global ad agencies to develop its biggest marketing campaign ever. Bloomberg says it is seeking help with "corporate identity and design, advertising, media, digital, events and demand generation" for its portfolio of brands.

BusinessWeek isn't mentioned in the Bloomberg RFI, but the agency search is taking place as Bloomberg closes its purchase of the weekly. The newly acquired magazine is expected to be part of the creative marketing initiative. Bloomberg spent a modest $1.3 million on media advertising.

VivaReal Network announced a recent agreement with Lopes, Brazil’s real estate brokerage and consulting company. Lopes promotes new construction, resale property and also has a credit arm.VivaReal will be promoting over 10,000 resale properties on two of its websites, www.VivaReal.com.br (website for Brazilian nationals) and www.VivaReal.net (website for expats, retirees and English speaking investors).

Amplifier Advertising, the successor firm to longtime Nashville advertising agency Frank/Best International, has closed its doors this month. according to multiple sources.

Amplifier, based on Second Avenue South and headed by Best and Gunnar Eng, held local accounts for the Nashville Predators and Sprintz Furniture and developed national campaigns for Honda’s power division.

Integral Systems, Inc. announced that its wholly-owned subsidiary, Newpoint Technologies (www.newpointtech.com) is expanding its operations in Latin America and has hired Mr. Luiz Barbosa. Barbosa will assume local sales and marketing responsibilities in Central and South America, and will be responsible for expanding Newpoint Technologies' customer base in IT and network management systems. He will also manage the company's portfolio of clients in the region, including Enlaces Integra, TV Globo, and Anditel. Duties will be done from Rio de Janeiro, Brazil.

Visa launched its global Olympic Marketing Campaign, “Go World”, three months ahead of the 2010 Winter Olympics and following its Olympics sponsorship renewal. Visa had success with Beijing’s U.S. campaign in which it focused on cardholder engagement and merchant participation and continues that for Vancouver.

“To connect with Olympic fans globally, we’ve taken this platform and created a campaign that transcends borders, resonates with fans’ sense of national pride, builds our own business and that of our clients, and advances the spirit of the Olympic Movement,” Antonio Lucio, Chief Marketing Officer of Visa said.

Kevin Burke, whooversees Visa's global consumer marketing, said to Brandweek: “This is our first global campaign for the Olympics. In the past, we certainly activated it in different parts of the world, but we didn’t do it as one global company”

Parts of the campaign will tweaked to suit audiences in Canada, Russia, Japan, Korea, China and Latin America. And will be using digital and mobile media to get the word out.

Telefónica has kicked off the search for an advertising agency to handle a global rebranding campaign for its Movistar brand to run across its key markets. The phone giant is contacting both its roster networks and non-roster shops in the UK and Europe to pitch for the business.

Europe's largest telecoms operator, Telefonica will rebrand its fixed telecoms and internet services in Spain and Latin America under the name Movistar, an executive from the Spanish company said on Tuesday.

Global marketing manager Belen Amatriain said the rebranding, which involves changing logos, would not cost much and would not affect the Vivo (VIVO4.SA) brand in Brazil or the O2 brand in Europe. "The cost will be less than the launch of the Movistar brand four years ago," Amatriain said. 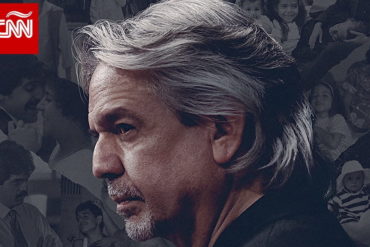 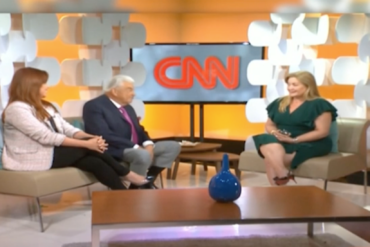