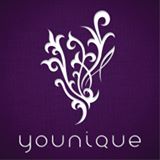 Beauty company Younique brings its groundbreaking cosmetic and skin care brand to the Mexican marketplace.Its flagship mascara product — Moodstruck 3D Fiber Lashes+ — is widely shared on social media due to its demonstrable nature and immediate results. The product gives natural lashes the ultimate beauty boost — boasting an average increase in lash volume of up to 400 percent.*In addition, Younique offers the Mexican consumer a wide range of cosmetic and skin care products in a variety of colors and shades to fit any mood or personality. Huscroft continues. Customers can purchase from the full range of products that Younique offers. In addition, residents of Mexico may now also become a Presenter for the company and receive the exclusive new Product Presenter Kit containing an assortment of cutting-edge cosmetic and skincare products such as Moodstruck 3D Fiber Lashes+, Addiction Eye Shadow Palette, Opulence Lipstick, Precision Pencil Eyeliners and more.

Digital agency Selnet will now be named Massive in Argentina. Its main goal is to position itself as a regional leader. The key services the agency performs are: creative, social media, media and production. Its’ clients’ portfolio include: LAN, Disney, Universal music, Miller, Staples, Club Med, Yahoo!, Coca Cola, McDonalds and Samsung, among others. The agency has presence in Argentina, Mexico, Ecuador, United States, Dominican Republic (and will also have presence in Peru, Colombia and Chile too.)

Hotel chain G6 Hospitality continues its expansion plans in Latin America, as the company announced the development of its second Estudio 6 property in Puerto Vallarta, Mexico, and its first Hotel 6 property in Santa Cruz, Bolivia.The new Estudio 6 Puerto Vallarta will be located in the heart of the pacific coast destination known for its beaches, history and nightlife scene. Once completed, the Estudio 6 in Puerto Vallarta will offer suite-type rooms with fully equipped kitchenettes, microwave, stovetop, coffee maker and refrigerator, expanded work areas, HDTVs with premium channels, free Wi-Fi, laundry, and on-site parking. The projected opening date for the Estudio 6 Puerto Vallarta is the second quarter of 2016.In addition to the fast development of the brands in Mexico, G6 Hospitality also announced the signing of a franchise agreement with Andermatt S.A. to develop its first Hotel 6 property in Santa Cruz, Bolivia. The agreement includes plans to develop additional Hotel 6 properties in other major cities in Bolivia.

With Gabriel Vazquez overall creative direction, agency J. Walter Thompson presents its new campaign for Grupo Modelo’s Cerveza Victoria. The spot focuses on the concept “Lo que nos hace Mexicanos” (“What make us Mexicans”) developed some time before by the brand. The effort includes five graphics that will be on public roads till November 2 and will be shared under the #Loquenoshacemexicanos hashtag.The photographs were taken by renowned American photographer Tim Tadder and reinterpret “La Catrina”, giving an attractive and regional aspect. There are 5 Catrinas: the Azteca, the Poblana, the Oaxacan, the Tapatia and the Purepecha.

With the overall creative direction of Diego Medvedocky, Grey launches its new spot for beer brand Otro Mundo, to celebrate its 10th year anniversary. The effort pays tribute to the founding father of Apple, Steve Jobs. It is part of the campaign “Para los que hacen de este mundo, Otro Mundo” (“For those who make of this world, another world”). Steve Chopp is the first in a series of videos that will honor people who have changed things or done a diference.

Contigo Peru is Movistar’s new campaign by agency Y&R. It was made to support the Peruvian selection in qualifying for Russia 2018.The effort was based on the observation that almost all chants to encourage the Peruvian selection are adaptations of foreign chants. Therefore, fans were encouragd to sing a hymn that only they could sing: the famous song “Contigo Peru” interpreted by Arturo “Zambo” Cavero and Oscar Aviles. The song was a special request was made to the musician Augusto Polo Campos in 1977, during Argentina 78 World Cup to encourage the Peruvian team. Peruvian musician Jorge “pelo” Madueño was in charge of changing the song into a hymn and the spot was produced by Peruvian filmmaker Claudia Llosa.