Visa and Samsung have announced a new global alliance to drive mobile payments via near-field communications (NFC). The deal was announced during the Mobile World Congress in Barcelona. The Visa’s PayWave mobile payment app will come pre-loaded on future Samsung smartphones.

Sony Mobile Communications has launched a new global campaign for its latest Xperia smartphone. Created by McCann London, the campaign invites consumers to “experience the best of Sony in a smartphone”.

Sony has invested a significant portion of its global marketing budget in the new campaign, which will be featured in TV, print, digital, out-of-home and retail elements. 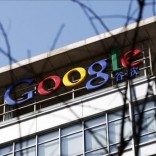 Yahoo and Google have signed a contextual advertising deal in which Google ads will be served on Yahoo properties and co-branded sites. Companies announced the agreement as a “non-exclusive deal”.  Google will display ads across Yahoo’s web properties, including Yahoo Sports and Yahoo News, as well as on “certain co-branded sites” using its AdSense for Content and Admob services. Google will receive a portion of ad revenues generated on the sites.

BETC London has been appointed to handle the global creative account of Bacardi. BETC won the pitch against Johannes Leonardo. 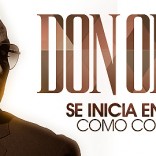 Sounding Off: BRUNO ALMEIDA: 8 Insights about E-Commerce in Latin America